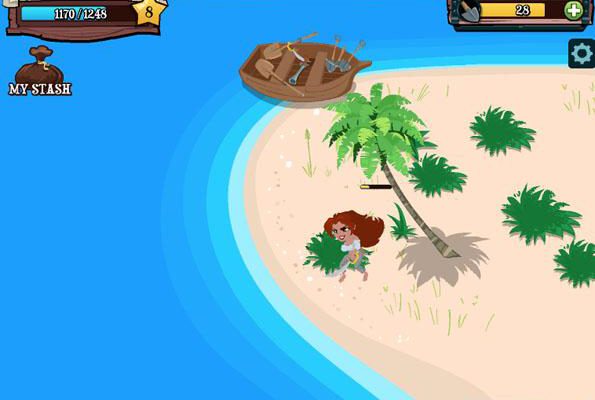 Mighty Pirates is CrowdStar’s answer to Playfish’s Pirates Ahoy, a bright and colorful game about using your own pirate ship to look for treasure on the high seas. In Mighty Pirates the fights are primarily against other players’ pirate crews, while the treasure hunting is also a search for valuable resources you need to upgrade your ship.

Each player begins their quest for treasure with a default avatar and a default pirate ship. As you play the game you’ll earn money you can spend to upgrade your ship, customizing its appearance and making it more powerful in combat. Your default avatar is wearing rags and can’t be changed in even simple ways, like hair color or skin tone. Getting your avatar a good-looking costume tends to involve spending real money. You can’t earn in-game money fast enough to have a lot to spare at first. While you sometimes find clothes on your treasure hunts, they’re just barely better than your starting rags. 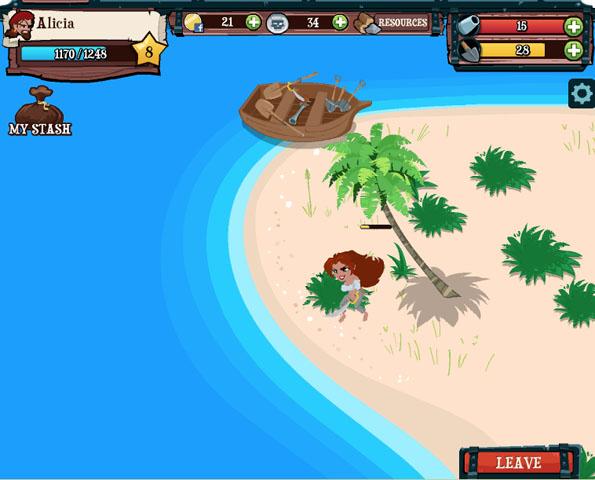 When you explore an island to find treasure, you do stuff like crack open rocks and chop down trees. You also sometimes uncover enemies to battle, like skeleton pirates. What you’re trying to find as you search islands are map pieces, which you can assemble into a treasure map that automatically yields a valuable treasure for you. Once you complete a treasure set, you have to complete a boss battle before you move on to the next tier of treasures to collect. On the way, you amass resources like Wood and Steel that you have to spend in order to obtain certain ship upgrades. 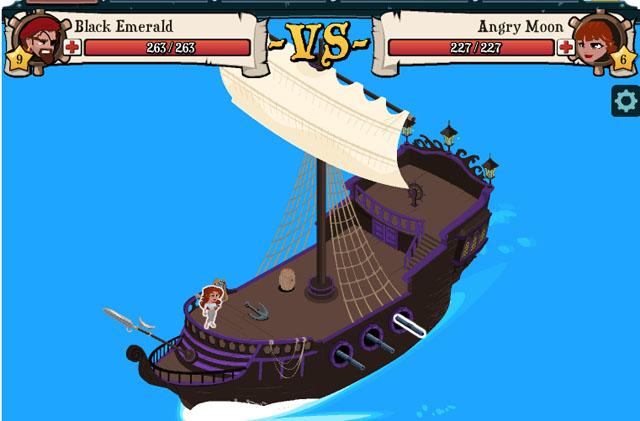 Digging up treasure consumes “island” energy. You have a separate energy bar, “battle” energy, which you spend to initiate fights with other players. Battles are much simpler now in Mighty Pirates, switching back and forth between showing your ship and the enemy’s as turns pass. The combat animations are much simpler and faster now. Each turn you can spend one action to fire one cannon, increase your accuracy, or put out a fire. Adding more crew to your ship increases the number of actions you can take. 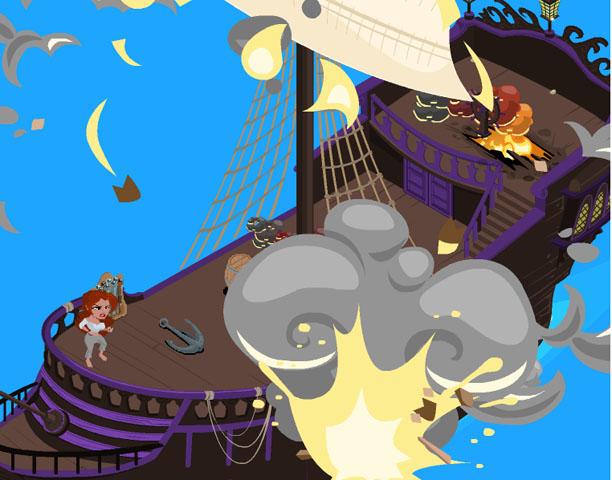 One of Mighty Pirates’s few remaining serious flaws is that a player going through the game solo with only one combat action per turn has little chance of besting someone with a full crew, who can fire three cannons, put out dangerous fires, and boost accuracy all at once. Mighty Pirates is still a promising game, though. Given how much Mighty Pirates has improved just in the past few months, it’s definitely a game to keep an eye on.