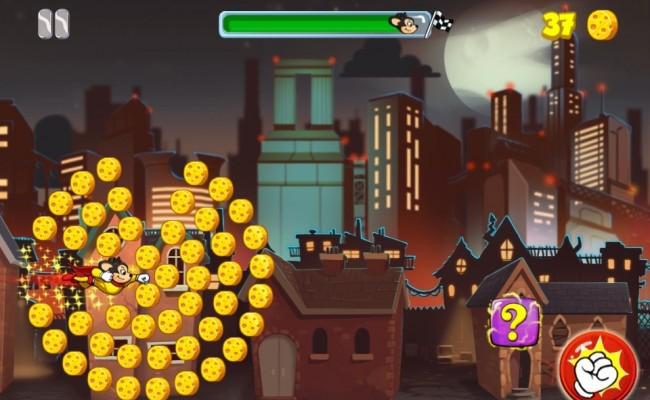 “Here I come to save your games!”

There has been no end to the number of companies attempting to launch hip new mascots via iOS games, and some have succeeded rather spectacularly. Another question, though, is what happens when companies try and resurrect old heroes for new audiences? In the case of Mighty Mouse: My Hero you get an incredibly fun game that nicely reintroduces one of the cartoon heroes of yesteryear.

The character of Mighty Mouse has been around since the 40s, though he didn’t really become a household name until the 50s and 60s. Most famously known for bellowing “Here I come to save the day!!!” in a singsong voice before charging into action, he eventually grew to be among the most famous of the old Terrytoons. Further raising the stock of the pint-sized hero was an old Andy Kaufman bit where the comedian would stand quietly on stage while playing the Mighty Mouse theme song, and then suddenly lip-syncing and grandly gesturing whenever the tune reached the protagonist’s most famous line. Still, there are at least a couple of generations of gamers out there who probably don’t know anything at all about this superhero, and likely wonder why they should care about a mouse in a cape. 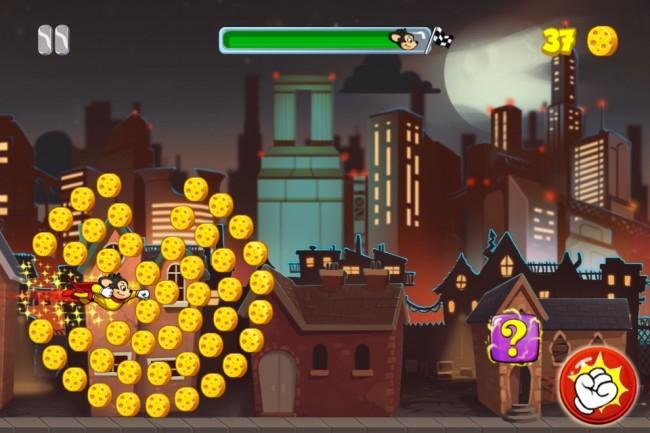 Those who do check out the game, either out of nostalgia or curiosity, are in for a nice treat. The game is a forced side-scroller, akin to what one would find in Jetpack Joyride or Robot Unicorn Attack. Players must guide Mighty Mouse through each level; collecting cheese (to buy new power-ups and costumes), avoiding traps, and fighting enemies along the way. You can also grab power-ups that will blast our hero across the screen at warp speed, provide protection from enemies or deal out guaranteed death to any foe foolish enough to get in your way.

The difficulty of the levels scales up nicely, and bosses pop up every five stages to spice things up. The only drawback is that all these fights play out pretty much the same way, so it’s hard to getting excited for them after the first couple. Sure the baddies get re-skinned, but their attacks and the strategies to beat them remain fundamentally unchanged from one battle to the next. Things do change up a bit with the bosses who wrap up each of the three worlds, but even they share attacks and strategies.

The game also misses out a bit by not including any sort of in-game missions or bonus objectives to challenge more advanced players. While getting through a stage is normally rewarding enough in and of itself, why not task us with doing it without collecting any cheese, using any power-ups or attacking a single enemy? This is the sort of feature that an easily be added down the line, so hopefully we’ll see it show up in a future update. 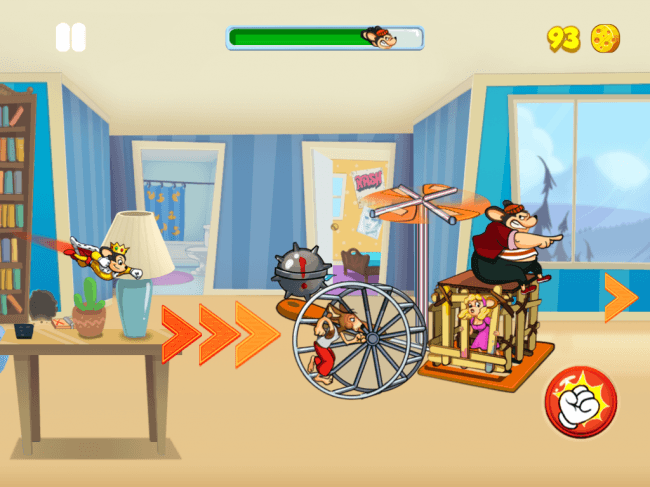 Perhaps the most disheartening missed opportunity is the lack of practically any of the series’ original music. The cartoon’s title song is missing entirely, and players only get to hear “Here I come to save the day!” once. I’m not saying the song or catchphrase should be abused, but they’re such an important part of the franchise’s charm that for them to go so largely unrepresented is very unfortunate.

Putting that aside though, Mighty Mouse: My Hero is a fun, well-made game that is a treat for fans old and new alike. Regardless of your knowledge of the source material, this is a great game that you can easily sit down and play until you totally drain your iPhone’s battery. And what should you do while waiting for the phone to recharge? Watch cartoons of course!