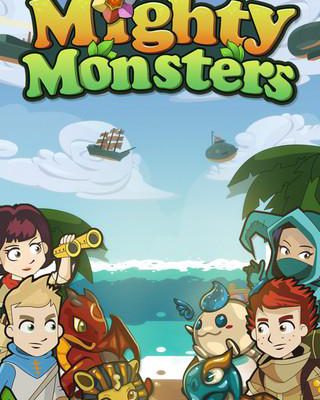 It’s a game about catching fantastical monsters… you probably haven’t heard of that.

In some ways you could say Mighty Monsters is a game about reaching a pinnacle. Perhaps the pinnacle. In a way that no one else has. Because while on one hand your challenge is to capture monsters, you also have a deeper calling: to train them. In order to do so, you’ll travel broad expanses in a fervent search – all the while looking for the mystical power both inside the monsters and in yourself. Also, so what if those were just rephrased lyrics of the Pokemon theme song.

All razzing aside, Mighty Monsters is a title well aware of the pocket monster-themed coattails its riding on. It’s mission? Bottle the “catch, train, battle” mentality that’s been so magnetic over the last couple decades (has it been that long!?) and tweak it to take advantage of the social game formulas that will be just as magnetic for the next couple. To that extent, it certainly works… for a certain type of gamer. 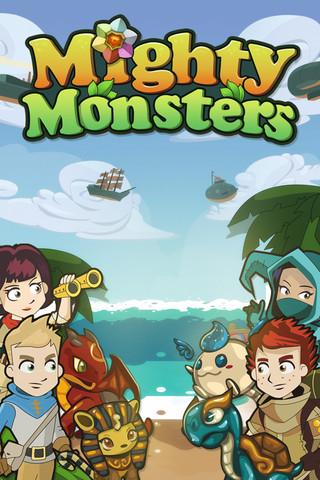 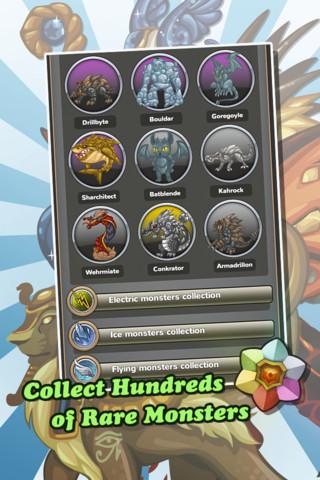 Starting with either a water, fire, or grass monster (note: save this paragraph for my retro review of Pokemon Blue), you’ll venture out across multiple territories to build your roster, battle against opposing trainers, and ultimately find and wrangle the best team possible. Instead of interweaving an overarching story, however, Uken boils things down the the bare necessities – explore, ensnare, evolve, rinse, repeat. Each island is split up into sets of tasks and difficulties, rewarding you on completion with more a chance to replay at a new difficulty, and with brand new monsters available to catch.

The good news is that social gaming elements don’t (too often) fall into the trap of prioritizing payment over pleasure, allowing for the enjoyment of some great artistry and addictive gameplay. By focusing on the core mechanics, Mighty Monsters allows you to spend most of your time looking for new monsters, and honing the skills of the ones you have. Right away, it scratched the nostalgic itch in me, and had me engaged thanks in large part to standout work on the part of the art team. Far from a “pokeclone” in that regard, each new monster had me interested in catching it and trying it out.

In addition, Uken has access to perhaps the biggest catalogue of “source material” out there; the result is slight – but noticeable – improvements in many ways to some of the long-established tropes of the Pokemon franchise. For example, all monster evolutions are completely viewable alongside each caught monster, including those who have variant evolution paths. And for all you can argue that this might remove the mystery of what’s to come, I feel it really adds a sense of “raising” your monster into something exciting. 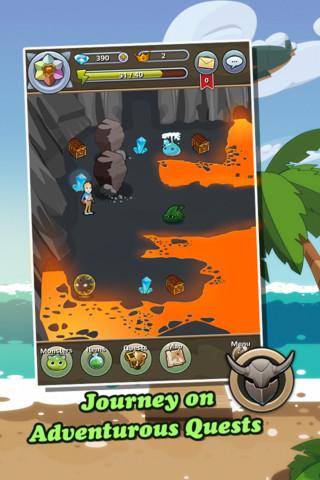 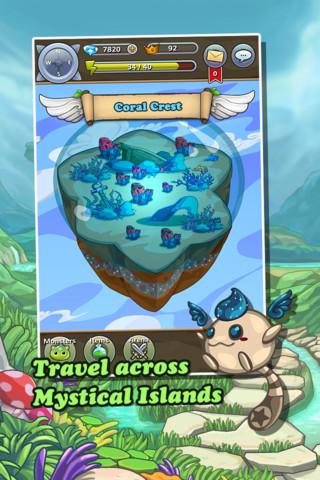 By externalizing the rarities, Mighty Monsters really throws a bone to the meticulous collectors out there as well, allowing you to know when it’s worth fighting tooth and nail through those key battles to fill out your collection, rather than shooting in the dark. Invariably everybody will find something different, but I think Pokemon fans will be pleasantly surprised by the way the systems – from battling, to catching, to adding new moves – are handled here.

Arguably, though, the biggest coups of the game are also its biggest sticking points in the long term. By shaving away the more epic overtones, Uken leaves a packaged focused mostly on repetitive tasking (discover 5 shells, find 5 mushrooms, etc.), which leaves very little outside of battle to entertain those who don’t have a preoccupation with lists. Even the core gameplay – the basic walking and moving from zone to zone – is eventually bogged down in overuse of your limited energy, putting a strain on play in a way that feels unnaturally.

Instead of tying your basic navigation to energy, I would have much rather seen them give your individual monsters stamina, allowing for in depth strategy and freemium purchases in a way that felt less sleazy. Like it or not, a game like Mighty Monsters is going to be paired up against its obvious underpinnings, and with a story world as rich as Pokemon‘s, Uken would have been better to at least provide more things to while roaming than tap on obstacles and open treasure chests. 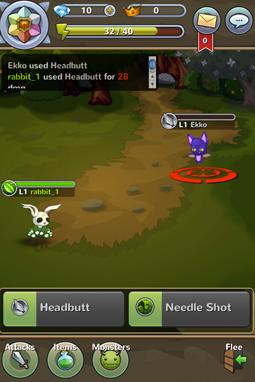 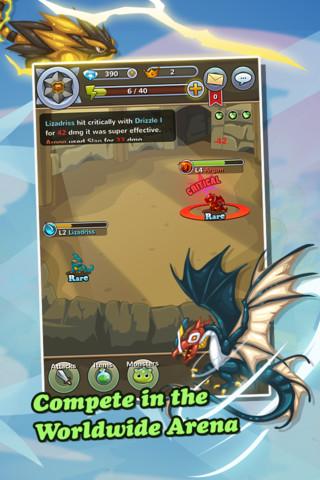 And none of this, unfortunately, is to say anything about the game’s repeated glitches and technical stumbling blocks. Even with the latest OS on my iPad, I found myself having to restart due to outright crashes three or four times in a row for every successful play session of twenty minutes. In a game rooted in grinding and levelling, this is something Uken needs to address as soon as possible. Moreover, Mighty Monsters hops whole-heartedly on to the “always online” bandwagon, undercutting its own training ground feature by removing the possibility of levelling your monsters on the go without a 3G connection.

And so I find myself torn. For social gaming fans who never quite “got” the Pokemon craze, Mighty Monsters is sure to give you a nostalgia you never even had; in no time its adorable visuals will have you replacing “Pikachu” with your own staple and raising it up diligently. For the rest, though, it will only make you long for the days of true Pokeballs on iOS.