Home / Reviews / Might & Magic Heroes: Era of Chaos Review – What is Ubisoft Playing at?

Might & Magic Heroes: Era of Chaos Review – What is Ubisoft Playing at? 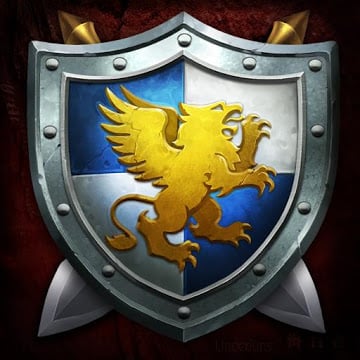 Ever since Ubisoft acquired the rights to the Might & Magic franchise back in 2003, the enormous publisher hasn’t exactly treated it with the respect it deserves – particularly on mobile.

In fact, the mainline series has been all but ignored aside from an incredibly disappointing indie effort back in 2014 – a whole 12 years after the previous entry, Might and Magic IX.

On the other hand, the Heroes of Might and Magic franchise (renamed Might & Magic Heroes by Ubisoft a few years after the acquisition) has been somewhat better taken care of, with three sequels that were reviewed favourably. Well, two sequels at least.

On mobile though, Ubisoft has spent a good chunk of time butchering the franchise in its hopes of making a quick buck. It’s been particularly bad this past decade, with Elemental Guardians providing a gacha RPG mockery of the franchise and now the deeply insulting Might & Magic Heroes: Era of Chaos.

Era of Chaos indeed. This is supposed to be a mobile remake of Heroes of Might & Magic III, a beloved entry in the franchise. Ubisoft clearly intended the goodwill fans feel towards that entry with this weak offering that bares very little resemblance to the original.

Era of Chaos Indeed: Ubisoft’s Mobile Might & Magic Entries Have Been Poor at Best

In fact, if you’re a genuine fan it feels downright insulting. This isn’t Heroes of Might & Magic III in any way shape or form. It’s an ugly, uninspired anime gacha RPG that feels as dated as it looks, and it brings nothing new to the table whatsoever.

It kicks off by introducing you to the campaign, which is made up of a series of levels across a number of different chapters. As is the norm on mobile, each level sees you progress along a windy map, with three stars up for grabs if you perform well.

Not that you actually do anything. Before you go into battle you can place your units in a variety of different formations and view the formation of your enemy so you can seek to exploit it. In theory, anyway – battles are far too easy to ever really pose much of a challenge.

Until they aren’t. As is typical for a gacha RPG, you’ll soon find yourself getting two stars per level, then one, then struggling to beat levels altogether. This is an artificial difficulty ramp-up that’s designed to get you to spend your real world cash on new heroes and upgrades.

Sure, you could grind for the necessary resources and in-game currency to upgrade your heroes until they’re sufficiently powerful to progress, but progress will be at a glacial pace. You’ll simply be repeating previous levels over and over as you grind currency.

Might & Magic Heroes: Era of Chaos is a Pretty Typical Gacha RPG Offering, Full of Grind, IAPs, and Anime-inspired Characters

If this is all sounding too familiar, that’s because it is. Might & Magic Heroes: Era of Chaos is just another gacha RPG, with all of the tropes of the genre, including gear upgrades, levelling up, summoning heroes, and watching battles play out themselves.

The actual battling system simply involves you watching your troops charge at the enemy and start attacking automatically until everyone on one team is dead. You can use spells that you gather while exploring the world to turn the tide of battle.

So should you bother with Might & Magic Heroes: Era of Chaos? We would argue that no, you shouldn’t. It’s a particularly dull and ugly gacha RPG in a market that’s absolutely flooded with them, and if you insist on playing one there are far better options.

If you originally played Heroes of Might & Magic III back in the day we even more strongly urge you to ignore this. It bares very little resemblance to the original and feels quite insulting to fans. Skip this one and hope that a proper new mainline entry arrives on PC at some point, as Ubisoft has much better form on that platform.