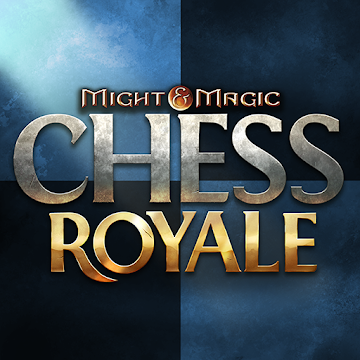 Emotes screen in between games offers a sense of community

When Might & Magic: Chess Royale was first announced, we were all but ready to write it off as a lazy attempt to ride on the success of two huge genres, Auto Chess and battle royale, using the Might & Magic IP.

In fact, it’s a very fair judgement to make given Ubisoft’s track record with the franchise on mobile, which has almost exclusively consisted of chucking the name on top of huge genres and hoping it sticks.

Yet, after a good few hours spent with Might & Magic: Chess Royale, we were met with an entirely different opinion whatsoever: this might actually be the best iteration of Auto Chess on mobile yet.

Don’t get us wrong – there’s plenty about Chess Royale that is lazy. It doesn’t really provide much innovation, with the usual system of battling against other players in real-time, buying heroes in between rounds, and creating synergies where possible very much in play.

But there’s something so intense, so exciting about the fast-paced nature of Chess Royale that we just can’t get enough of. Each game lasts a mere 10 minutes, which is a rarity in a genre that can last 90 minutes or more.

The fast-paced nature of it means that you can see the fruits of your labour a lot faster, and each round provides something new and exciting. Maybe it’s that hero you needed to really complete your team, or a spell that will really turn the tide for you in the next battle.

It all combines to just make each round feel more exciting. It maintains the deep layer of strategy too, with a wealth of heroes and synergies to delve into and experiment with, but it doesn’t feel quite so overwhelming. Because, realistically, there is a limit to what you can really achieve in 10 minutes.

Also, the moments in between rounds are a stroke of genius by Ubisoft. You’ll see the avatars of all of the players you’re battling against, complete with their remaining health, and you can send a bunch of predetermined emotes at each other.

It introduces a sense of community and shared hardship, which makes the game feel a lot more alive. Our previous experiences with Auto Chess have felt quite solitary, as there’s little in the way of communication with other players. This just adds to the excitement.

But how does Auto Chess meets battle royale work? Well, you don’t face 99 other players at once, naturally. Instead, you randomly face a different opponent over a series of lighting-paced rounds. The first round is basically a warm-up, but every subsequent round counts.

If you beat an opponent in battle, they lose 1HP. Given that you only have three to begin with, this can be pretty damaging. Lose to three different opponents and you’re out, at which point you’ll gain or lose rank points and have to initiate a new game.

In another nice touch, you can actually sit in the emotes screen and watch as the loser’s avatars turn off, signalling the fact they’ve lost. It’s not quite the same as spectating a match, but it’s a way to route for a player that you want to win.

Overall, we’re pleasantly surprised with Might & Magic: Chess Royale. We were expecting a lazy mash-up of two insanely popular genres that’s designed to make Ubisoft a quick buck, and what we got isn’t a million miles away from that.

But what we didn’t expect was just how much this unique mixture of two different gameplay types would grab us. The fast-paced nature and communal moments between rounds just thrilled us in a way that the usually sedate Auto Chess gameplay doesn’t.

We’d encourage everyone to give this a go – even if you really don’t like the genre. This is a fantastic jumping off point, at the very least, so you might just end up enjoying it anyway. We sure as heck did.