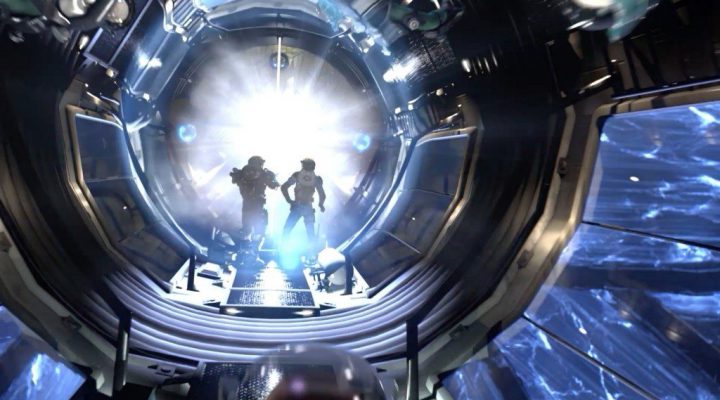 A simple and effective control system that dispenses with on-screen d-pads (yuck).

Very accessible without shelling out for IAPs.

The storyline is a bit contrived, and mostly unnecessary.

Buttons are a bit small for certain actions, like switching weapons.

Is it too bold to suggest that first person shooter just don’t work without two solid, physical analog sticks under your thumbs? Perhaps, but it’s close to the truth (if not entirely true). So the smartphone gaming world has looked long and hard for some way to re-engineer the genre to work with a touchscreen, and usually resorts to some manner of intangible d-pad that, typically, works okay at best.

Midnight Star has made progress, though. It’s sacrificed many elements of the console’s FPS staple in an effort to keep the core of this particular gaming style intact, and playable. The result is found somewhere between early 3D titles like Virtua Cop and Time Crisis, where your avatar is on rails as they move between shooting galleries, and more modern, linear outings like Gears of War or Lost Planet. 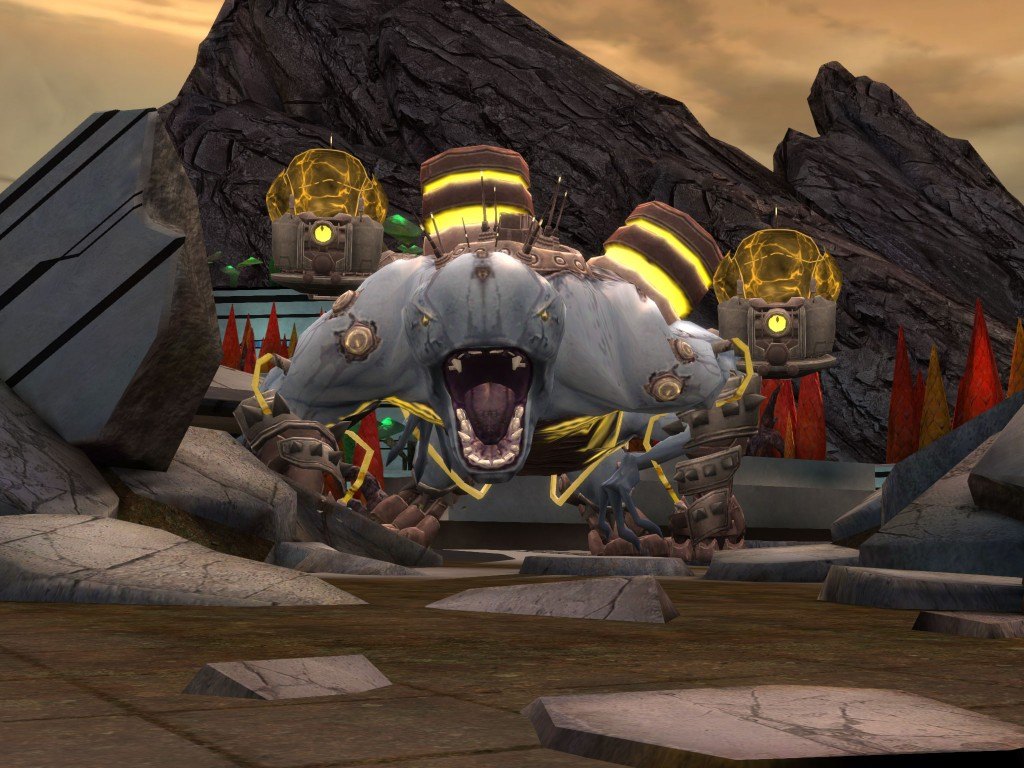 Those last two are also pretty good representations of the kind of story and action you’ll be seeing in Midnight Star. There’s a strong sci-fi element to the plot, which revolves around some weird alien time-shifting teleportation artifact and the last remnants of humanity trying to figure out where the solar system disappeared to, and enemies that are well-armed but fairly mindless evolutions of giant bugs.

You’re not entirely without movement controls, as you are in Virtua Cop. The game ushers you from one action sequence to the next, taking care of all the walkie bits so you don’t have to, but once you’re under fire you can turn left and right to take out attackers in those particular directions. The HUD keeps you informed of how many nasties are approaching from either side, and changes color to signify the imminence of their assault. It’s simple, and that’s what makes it such a great FPS control system. 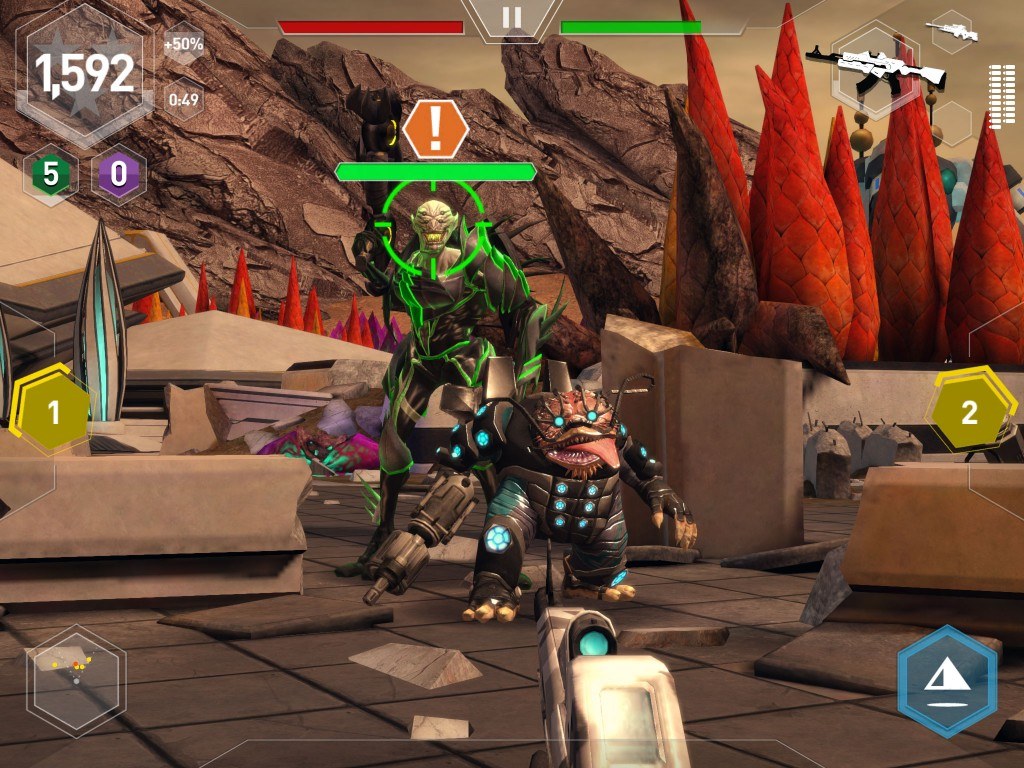 Because the touchscreen isn’t being used to control the camera or any movements, you’re free to aim simply by tapping whatever you want to shoot. Holding down unleashes rapid fire bullet (weapon depending), and two fingers on the screen activates your shield. Some weapons actually aim just above your finger, which takes some getting used to and does introduce a level of manufactured inaccuracy, but you can easily appreciate the trade off of visibility over ‘Whack-a-Mole-ing’ the enemy. Some weapons offer more accuracy by pinching and pulling the screen to zoom in, making for lots of great head shot action.

Reloading adds some decent suspense to the action too, as letting your gun run dry increases the time it takes to jam in some more ammo (Gears of War style). If you’re on the ball and reload manually, you’re aiming and shooting again much quicker. Basic quick time events are included for melee combat, should a bug get face-to-face with you, and it’s worth letting that happen from time to time, as Midnight Star looks stunning. 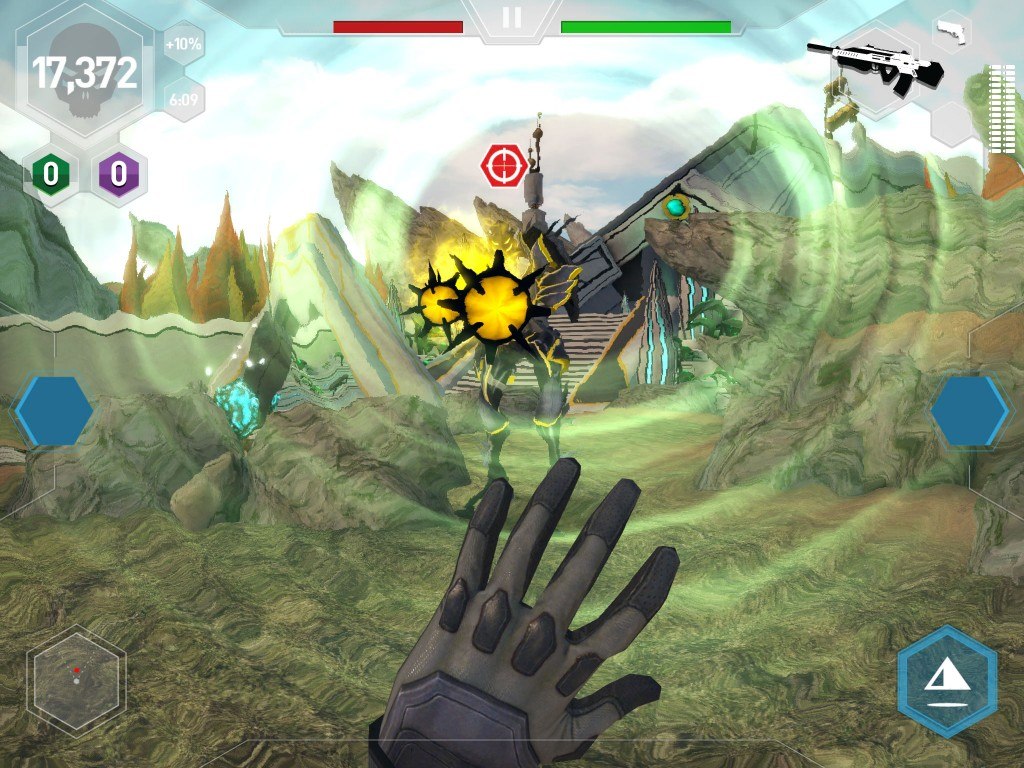 Being a free to play game, Midnight Star is monetized through IAPs in the shape of Catalyst; the in-game currency. This is used to buy new gear, or speed up how long it takes to upgrade your current weaponry, armor and items. But it’s a generous offering, and you can happily play through the entire campaign without having to put your hand in your pocket.

Midnight Star might feel a tad watered down to the hardcore console FPS gamer, but even those guys will appreciate the basic approach that Industrial Toys has taken in an effort to reduce friction as much as possible. A lot of progress has been made here in refining what a touchscreen FPS should be, so get that (rather large) download going.