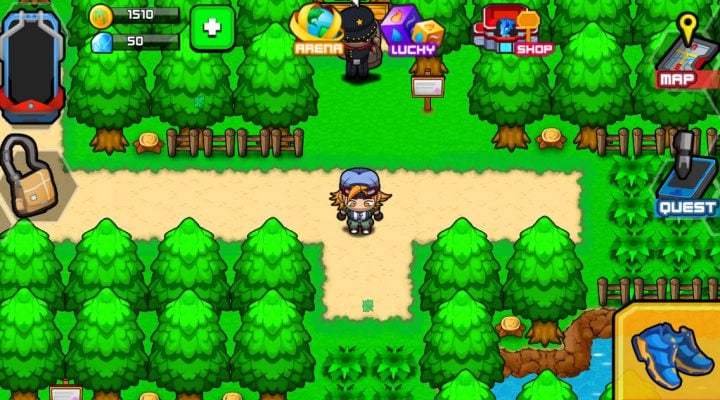 Online feature is unpolished and has connection issues

The continued (and enormous) success of Nintendo’s Pokemon franchise has prompted more than one studio to attempt engineering its own monster capture / breeding adventure for mobile platforms. Some, like Hunter Island, are unique adventures built off a sliver of influence. Others, like Micromon by Pocket Trend, say “Aw, heck it – let’s just grab double fistfuls of the stuff that makes Pokemon work, and stuff it onto mobile.”

That’s not to suggest Micromon is a shameless rip-off, though there’s no denying the similarities. Even the name “Micromon” (which doubles as the moniker for the in-game beasties, as well as the game name) makes the player immediately think of Pokemon. 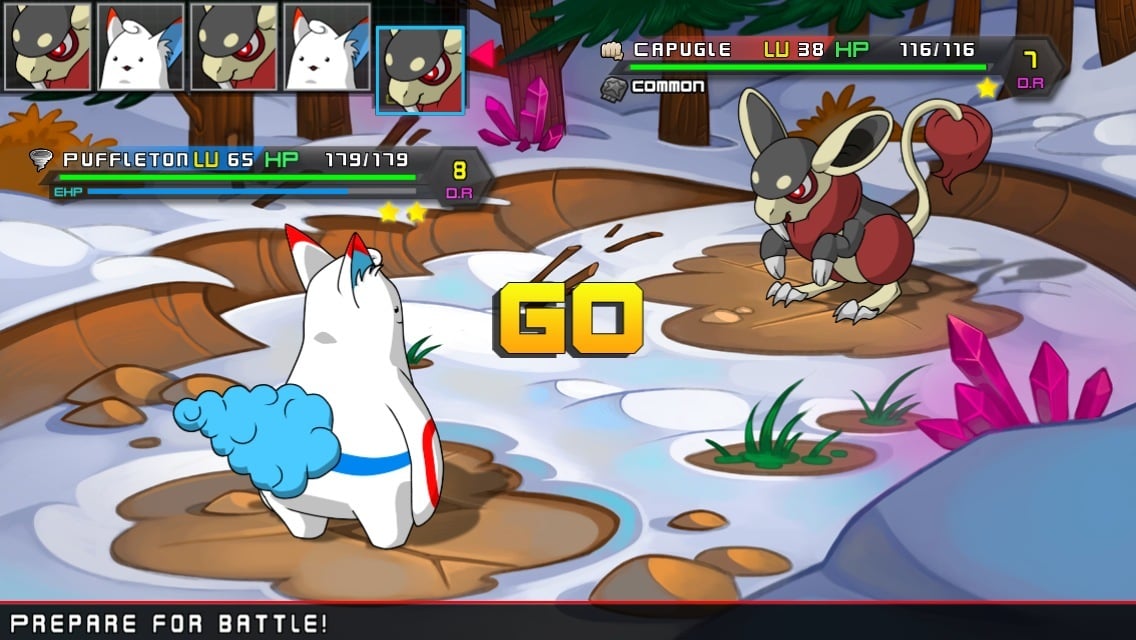 That said, Micromon‘s story has more in common with Digimon (you know, the monster collecting / battling cartoon that your older sibling watched on Fox Kids because they were too cool for Pokemon). You, the player, are transported into a digital world inhabited by tamable monsters called Micromon. You’re immediately put to work to “Catch ’em All,” but before long, you find yourself wound up in a plot to save the weird world of Pixekai from a shadowy organization.

Micromon hang out in tall grass, and can be captured using chips. Using more expensive chips helps net rarer monsters – and, since it offers in-app purchases, Micromon lets you make a guaranteed catch for a sum of hard currency (diamonds).

Herein lies one of Micromon‘s problems: It’s impossible to tell when the game is genuinely challenging you, and when it’s trying to bleed you for a few bucks. Micromon is a solid game overall. The monsters are bright and colorful, and sport a lot of imaginative designs. The humans are an interesting bunch too, including the elite Gym Leaders – err, the Legion. Pokemon is still tons of fun, so it’s hard to fault Pocket Trend for aping the formula, especially since Micromon does it so well. It also looks great.

But expect a lot of level grinding, and a lot of missed catches, especially when Super- and- Ultra-Rare Micromon are involved. True, rare Pokemon aren’t easy targets either, but Micromon‘s capture rate is pretty sad. Worse, you have a mere three chances to make a catch, so you really  need to make every attempt count. Or, y’know, you could just go for the sure thing and pay diamonds. Hint hint.

There’s nothing automatically wrong with the idea of Micromon offering in-app purchases. You can work through the game without spending money, and there’s a lot of content for a dollar. But it’d also be nice if Micromon was a bit less stingy with diamonds. The aforementioned Hunter Island is generous about handing out its hard currency (gold), which the player can save up or spend however they like. Even rare monsters are within the player’s reach as long as they have a little patience and save up. By comparison, Micromon‘s diamonds are nearly as rare as the real thing. 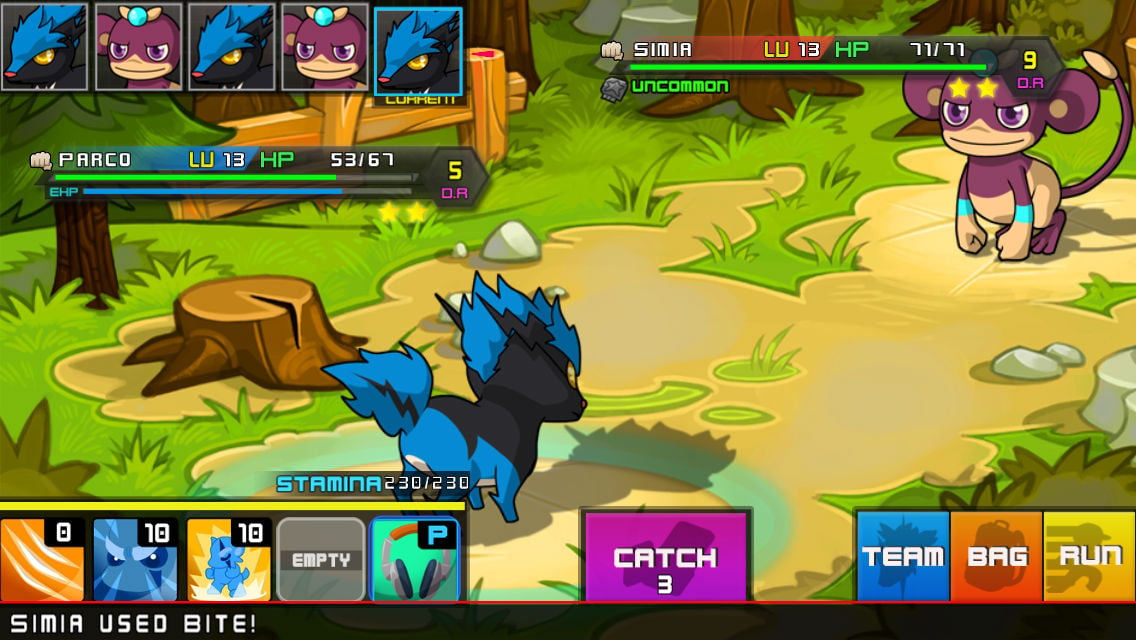 Micromon‘s multiplayer feature also has issues, which is unfortunate. Players with an average team level of ten may find themselves matched up against a level 60 juggernaut. When a fair match does occur, there are problems with crashing.

Micromon is worthy of criticism because it’s a very decent Pokemon-style game. With a little more polish (and an extra coat for its online issues), it could roll over the App Store’s competition like a Fire-type over a Nature-type.