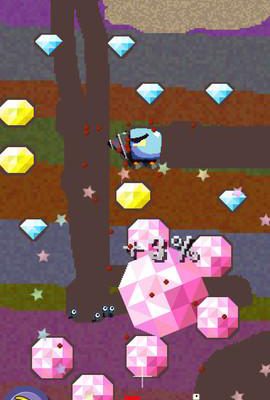 What they lack in height, they more than make up for in stupidity.

Lemmings was one of the first games I fell in love with. It was totally different from the fast-paced platformers I was used to, but I had a blast ushering those little green-haired fellows from level to level — not to mention occasionally dropping them in lava. Micro Miners provides a similar kind of rush, although I didn’t see a single creature with goofy hair color. What gives?

In any case, Lemmings isn’t Micro Miners’ true muse. That honor goes to Miners4k (which was inspired by Lemmings), a game made by Markus “Notch” Persson of Minecraft fame. Matter of fact, developer Jean-Philippe Sarda sought Persson’s approval before finishing and releasing the game, which he ultimately received. And thank goodness he did, because Micro Miners is fantastic. 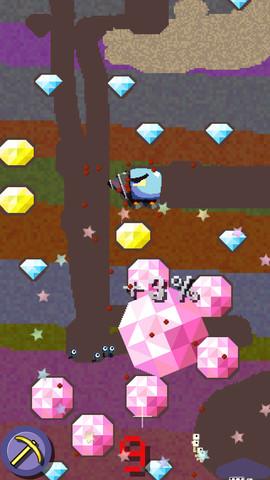 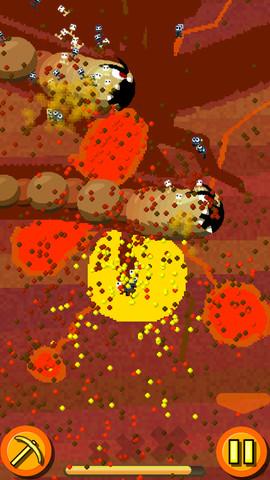 As the name denotes, this is a game about mining. Each level begins above ground, and it’s your job to swipe a downward path for all of your tiny miners, who will pace back and forth until they have somewhere to head. Pockets of precious metals like gold and silver — along with coal — show up frequently throughout each level, and you must lead your miners to them. Once they make contact, they’ll begin chipping away with ferocity. And there’s an interesting risk-reward appeal to it, in that you earn between 1-3 stars for each pocket of metal you mine. 1 star means you mined a passable amount, and 3 stars is a perfect. If you happen to miss three pockets in a level, you’re forced to restart.

And just like regular mining (I presume), things can get incredibly precarious in Micro Miners. Every level is home to some form of danger, be it deadly lava or explosive gas. You must constantly be weary, as a single wrong move or ill-placed swipe could result in a game over. It’s nerve-wracking, and I mean that in a good way.

There are also two different types of miners, both of which can only mine certain metals. If they come in contact with the wrong metal, they immediately die. The game takes advantage of this concept by forcing you to frequently juggle two groups at the same time, which is more challenging than it may sound. There’s one tool in your arsenal that makes it easier, though, and that’s the ability to create dirt. You can close up paths just as easily as you can construct them, and in fact you’ll have to with some regularity. 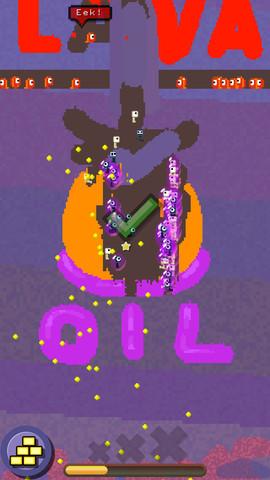 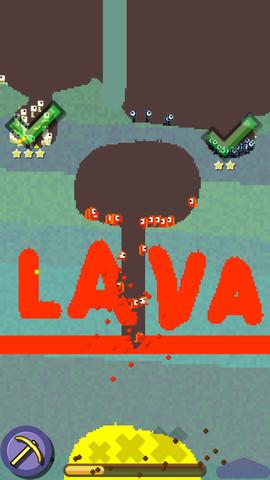 And did I mention that the screen is slowly scrolling downward through all of this? It’s a lot to handle, but thankfully Micro Miners doesn’t just leave you to your own devices. A lot of levels have instructional videos that offer tips and advice on how to overcome certain obstacles. Rocks, for example, must be removed by use of a bomb. And, sadly, you’ll occasionally have to sacrifice miners for the greater good. If it wasn’t completely tacky to use emoticons in a review, I’d be placing a sad one here.

Thanks to the simplistic control scheme, all of this feels completely manageable. The only frustrating part is the sheer stupidity of the miners, which I suppose is to be expected. They have no grasp of what will and will not hurt them, and on occasion they got snagged on a tiny piece of dirt I failed to notice. It was typically easy to solve, but irritating all the same.

As you may have surmised, Micro Miners is not a game for those who frustrate easily — Simple controls or not, it’s one tough cookie. For those in the market for a mobile game with a bit of a kick, though, it ought to scratch that itch just fine.