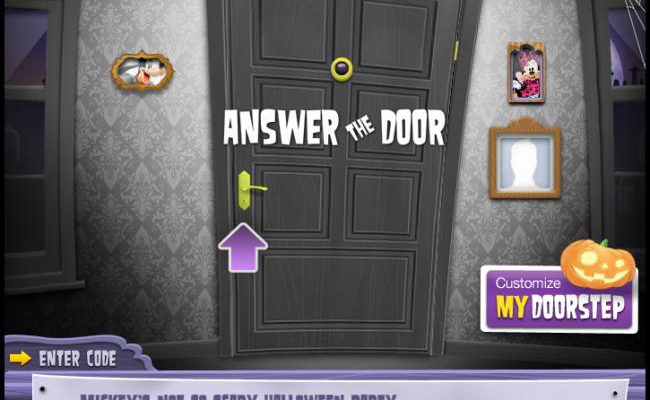 Mickey’s Trick or Treat offers a virtual Halloween on Facebook

Halloween may be over, but there are still a few lingering games and applications from the holiday. One such example is Mickey’s Trick or Treat from the folks over at Disney. A simple title that allows players to virtually visit each other’s houses, the app is a simplistic collection game that offers moderate amusement. That in mind, it’s an app that appears to be more of a promotional game, rather than one that can stand on its own.

If Mickey’s Trick or Treat had to be summarized, it would be done so pretty aptly by the title; it’s that simple. The game is a virtual version of the Halloween tradition of trick-or-treating. When starting the game, you get to pick from a series of 21 Disney characters, dressed in costume, and go door to virtual door of your Facebook neighborhood. 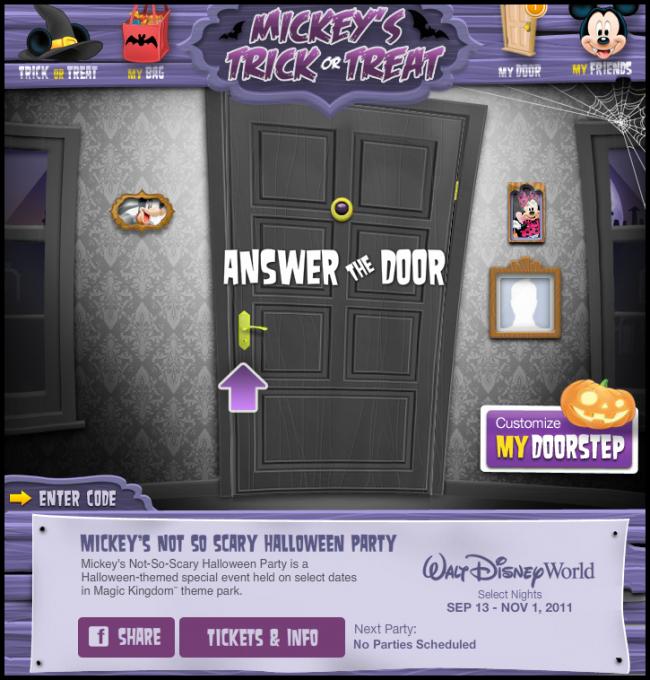 Each house is representative of a Facebook friend (though it is only presented in a list format), and upon visiting them, you are able to ring their doorbell — which sets off some spooky animations — and send a message. Should they play Mickey’s Trick or Treat, they will have a notification that someone is “at the door.” Upon answering, they will see your avatar and have the option to give out either a trick or a treat. In terms of the latter, this plays into the collection aspect of the game, and will enter your virtual candy bag. The general idea is to collect all 25 different candies before the rest of your friends. Additionally, the more candies collected, the more costumes become unlocked.

The trick aspect of door answering is a bit more interesting, and if this is given out you will be prompted by the “Trick Wheel.” The wheel simply spins and you have a chance at gaining a random treat or losing a random treat. There are also random Disney villains on the wheel that add some extra tricks like turning you into a frog.

Aside from this you can also moderately customize your home’s doorstep. There isn’t a whole lot of control here, but there are several parts of it, such as railings, door knockers, hanging decorations, and so on that can be swapped out for different visuals. Unfortunately, none can be moved from their original position. The only thing that can be changed significantly is a pumpkin that can be “carved” by selecting different eyes, noses, or mouths, then changing them slightly with slider bars. 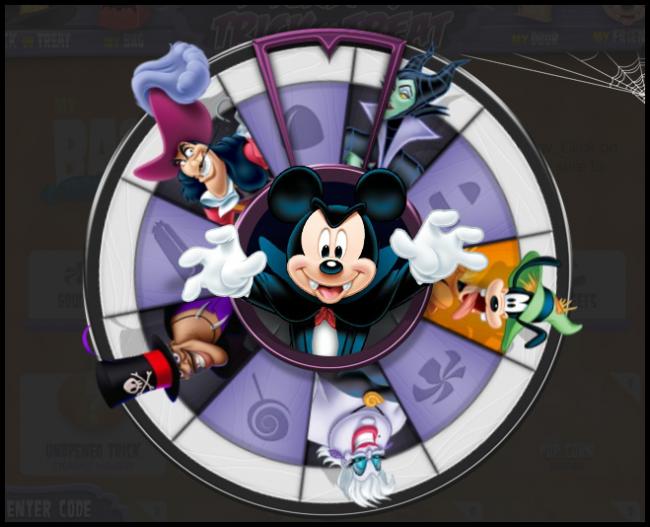 This marginal decorative element is also what plays into the promotion aspect of Mickey’s Trick or Treat. Every year, Walt Disney World in Florida and Disneyland in California host Mickey’s Not So Scary Halloween Party, a Halloween event that is centered around kids. In order to promote it, it is tied into the game to where it unlocks special decorum by entering codes obtained at the actual event.

Truthfully, this is all that there really is to say about Mickey’s Trick or Treat. It’s made by Disney, so the presentation is, expectantly, high quality, but there just isn’t that much to do. Centered only around basic collection, there are minimal rewards, plus costumes and decorations are pretty much all picked for you. All that in mind, it is a game targeted more towards children, and to that end, it is okay. Nevertheless, if you’re not a kid, then this is a game to pass on.