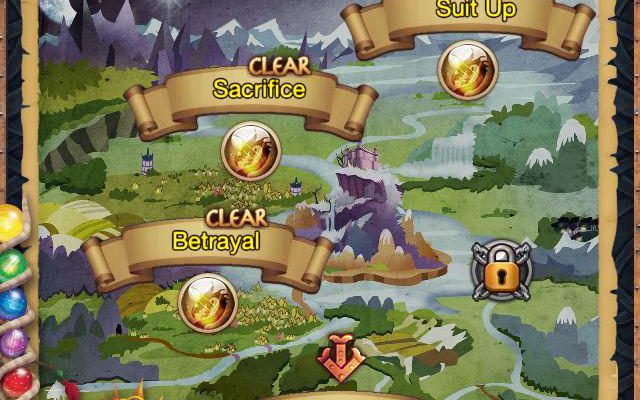 I’m familiar with what it means to belong to a genre. I understand that when a given genre contains multiple titles, those titles will share certain similarities. What I still don’t quite get, however, is why I’ve played Merlin’s Rage three separate times now. Each time it was a different title with different art assets, but the core game has been exactly the same. I mean it’s fun, but what the heck?

Mordred, ever the jerk, has murdered King Arthur and taken over Camelot. It’s up to Merlin and his rag-tag band of initiates to take it back and avenge their fallen ruler. Well, not really Merlin. He doesn’t do much except explain the rules.

Players must acquire, train, and evolve their own band of warriors as they attempt to fight their way through various dangers and bosses. Each character belongs to one of five elements, and different elements have an advantage over others. Getting one of these warriors to attack is simply a matter of matching up three or more gems in their color, with larger groups and cascading combinations racking up bigger and bigger values. If enough time passes some fighters can even activate special abilities that can do additional damage, heal, and more.

Merlin’s Rage is an interesting puzzle game in its own right, with the way players can drag their selected gem all over the board in any direction or directions they’d like until time runs out, but it’s the RPG elements that really make it tough to put down.

Completing quests can earn new characters, and new characters can be absorbed into a given hero (for a price) in order to boost its level. Once a hero is strong enough they can also evolve into a stronger and more impressive looking form. There’s also PvP combat that gives players to option to duke it out with another team in an attempt to earn more gold for enhancements along with other prizes. It’s an interesting variation on the formula, as the rival player’s team attacks every turn and is shielded behind a large wall that has to be destroyed before they take any damage. Rather than simply steamrolling over the opposition, it’s important to try and set up as many combos as possible each turn in order to do the most damage and (hopefully) heal up constantly. 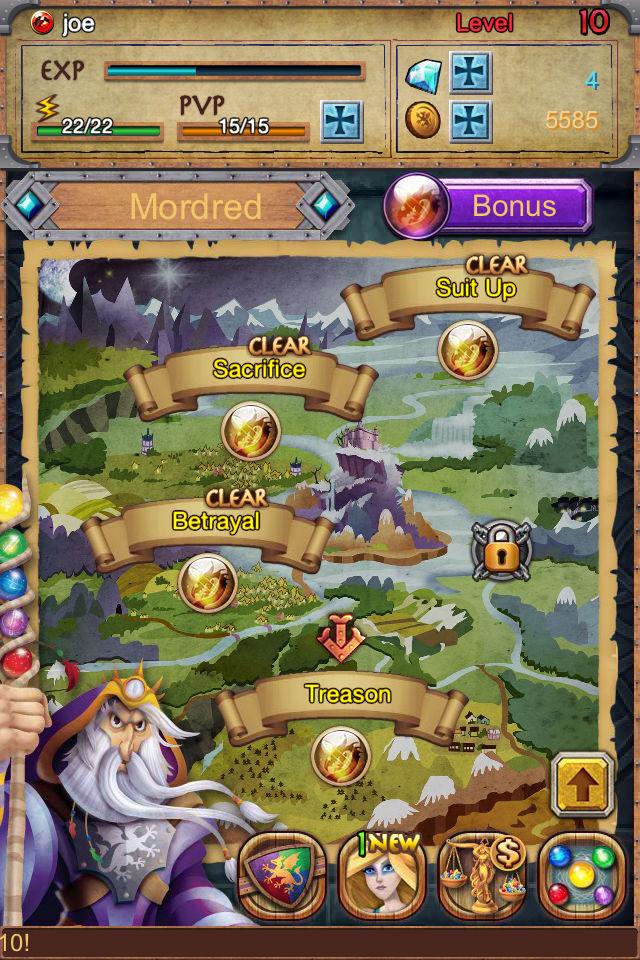 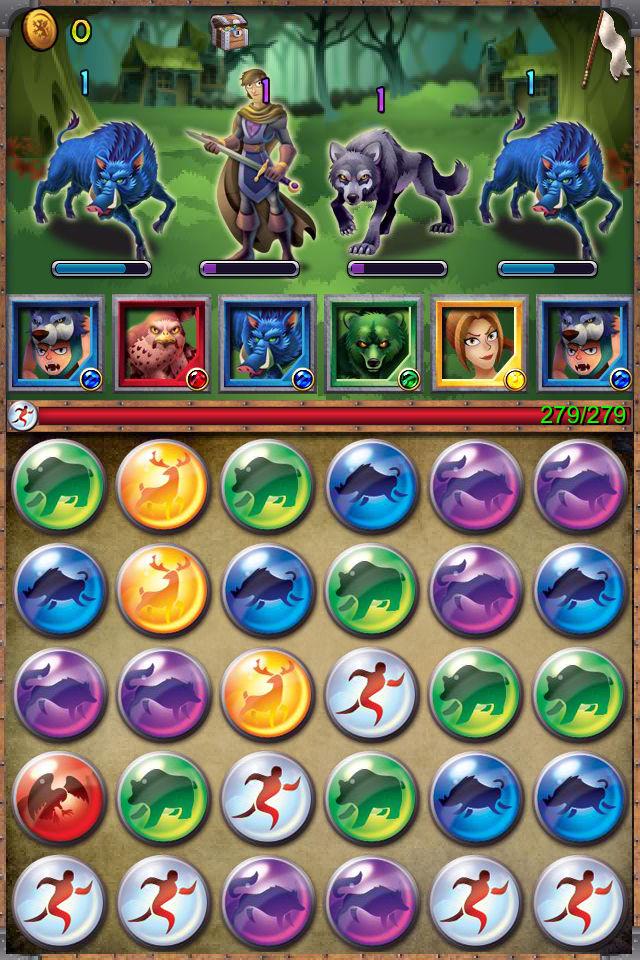 What bothers me about playing Merlin’s Rage is that I’ve played this exact game before. Once when it was called Angel Salvation and again when it went by Puzzle & Dragons. All three games use different visual themes and settings, but the core gameplay elements are exactly alike. With the exception of Merlin’s Rage having a PvP mode, I’m not entirely certain that there’s any real mechanical difference between any of them. Of course, the gameplay is still plenty of fun regardless of which version interests a given player the most, but they’re all so much alike, it’s more than a little questionable.

Overt similarities aside, there’s plenty of fun to be had with Merlin’s Rage. Building up a powerful team and using them to destroy bosses or even other player teams is always a good time. Heck, simply acquiring “feeder” characters to funnel into a specific hero for leveling purposes, and then leveling them, can be its own reward. Whether or not it’s worth playing over the other examples mentioned (and possibly others that I’m unaware of) largely depends on individual preference, of course.

9: The Dark Side Of Notre Dame Review

Collapsible D: The Final Minutes of the Titanic Review