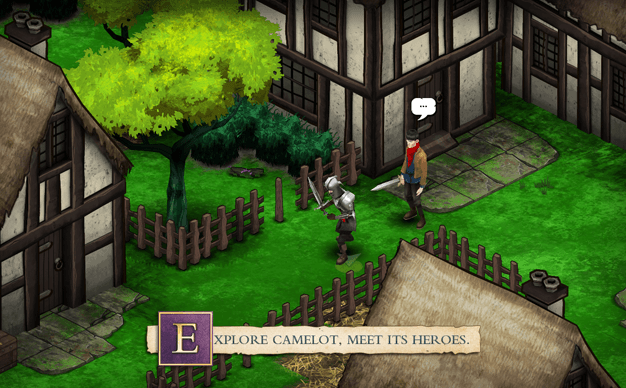 Merlin: The Game will cast a +2 Happy Spell on anyone looking for a good Facebook-based adventure title.

On the hierarchy of “Rad,” wizards rank pretty high, and the great Merlin is the raddest of all. Camelot’s magic-slinging human/incubus hybrid features in countless games, shows, and cartoons, so it makes sense that he’d eventually find his way to the social gaming scene. While Merlin: The Game isn’t a magical example of an action/RPG, it definitely ranks as one of Facebook’s better games. Here be dragons. It’s a good thing.

Merlin: The Game is based around BBC’s Merlin TV series. You don’t need to follow the show in order to appreciate the game, but the Arthurian characters that you meet are not depicted traditionally: Arthur is young and luckless with the ladies, and Merlin is an inexperienced wizard who hasn’t yet formed a taste for goofy pointed hats with symbols on them. The characters’ backgrounds aren’t relevant, though, as Merlin: The Game is more quest-driven than story driven, and the character that you create does most of the heavy lifting.

As soon as you create your character, you’re thrown headlong into the action. Gameplay in Merlin: The Game is largely divided up into quests, most of which order you to kill X amount of spiders or fetch-and-carry objects. You attack enemies by conducting melee attacks with your weapon, or by casting magic from afar, which costs stamina points. Stamina is regenerated slowly on its own, though you can also utilize potions. Additionally, it’s refreshed entirely when you take on a new quest.

Merlin: The Game lacks an energy system. Instead, players need rations and a certain amount of other materials before they’re allowed to go on quests. Said food and materials are generated by NPCs over a certain amount of time, and what’s nice is that the “cost” to go on a quest is equal to the intensity of said quest. If you’re going to fetch some items from a basement, engaging in the quest costs little in the way of rations. If you’re taking up the sword to fight the hordes of beasts plaguing Camelot, though, you’re going to have to pony up more rations and talismans.

To be honest, you probably won’t mind taking small breaks from the action now and again. The click-based combat in Merlin: The Game is fun, but a bit repetitive. There’s little strategy involved, as enemies tend to line up to hit you (though they will occasionally gang up, too), and your best defense is to knock down the bad guys before they knock you down. NPCs like Merlin often accompany you into battle, and even though they’re powerful, they’re dumb as posts. They tag at your heels like a duckling and attack what you attack, so it’s usually not an option to leave them with their own target while you take care of business elsewhere. 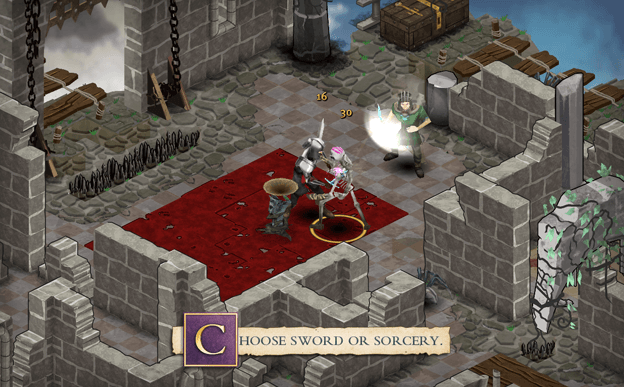 Merlin: The Game is in beta, though, so the AI may well be tweaked over the coming months. Currently, it’s a pretty stable game: there are few issues with stalling or crashing, though there are some word wrap problems that result in a lot of cut-off sentences.

If you’re a fan of action-RPGs, it’s worth your while to give Merlin: The Game a try. It offers quite a bit of content for a free game, and hey, it lets you hang out with Merlin. That’s cool, right? Maybe he’ll buy you a glass of mead.