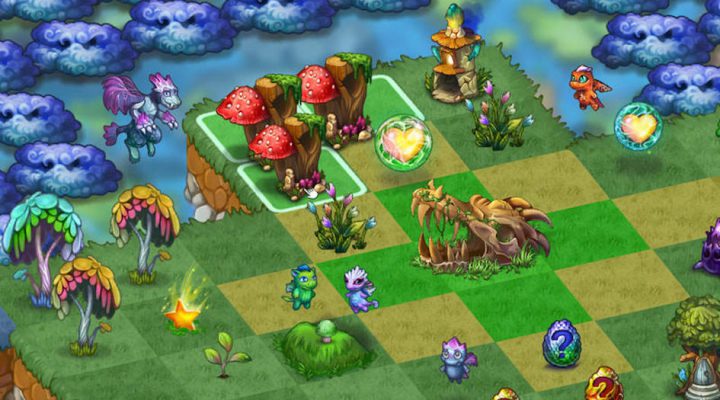 Great twist on a familiar format

Plenty to sink your teeth into and learn

IAPs can get expensive

Most matching puzzle games have you fairly restricted in terms of what you can do. Typically, you’re matching some gems on a fairly linear looking board. It’s all quite enjoyable but really quite limited in terms of scope. Merge Dragons! does things very differently. It has you matching eggs to hatch helpful dragons before matching, well, everything else on screen. It’s all quite colorful and interactive, even if it can be quite baffling at first. 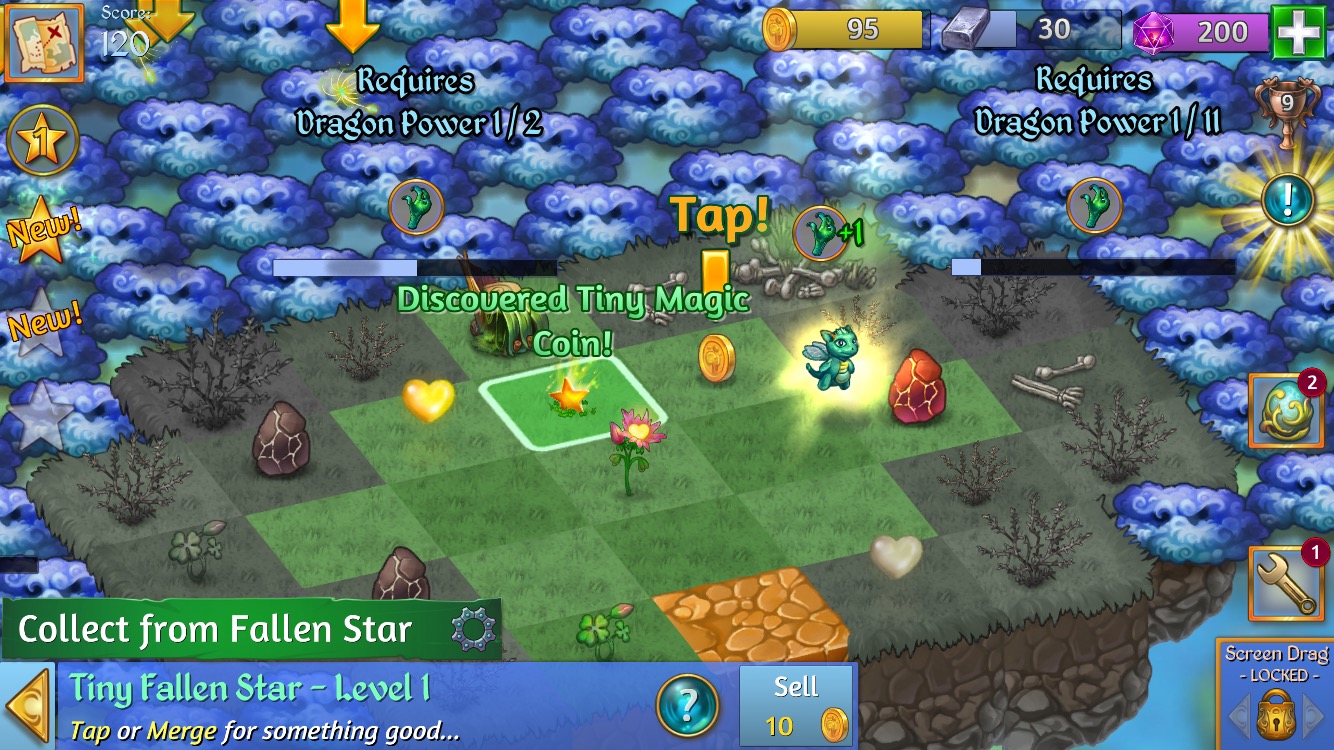 The idea behind Merge Dragons! is that you’re healing the world. The evil Zomblins have done some nasty things to the vale of Dragonia, and you have to work to restore the vale to its former glory. It’s a somewhat predictable tale, but how things unfold is far from what you would expect.

That’s because of the aforementioned ability to match anything and everything. Starting out, you’d be wise to focus on dragon eggs so that they evolve into dragons that can help you out, but this is a game that’s really pretty flexible with how you approach things. You can combine flowers, trees, treasure chests, stars and so forth. In each case, the object typically turns into something else, and so the format continues. It’s oddly cute thanks to Merge Dragons!’s appealing graphics and charming style.

By feeling so alive, you can also see your land evolve and improve. As you work toward your main goal, the land gradually looks more alive. You can match one dead thing with a bunch of living things, thereby breathing life back into it. 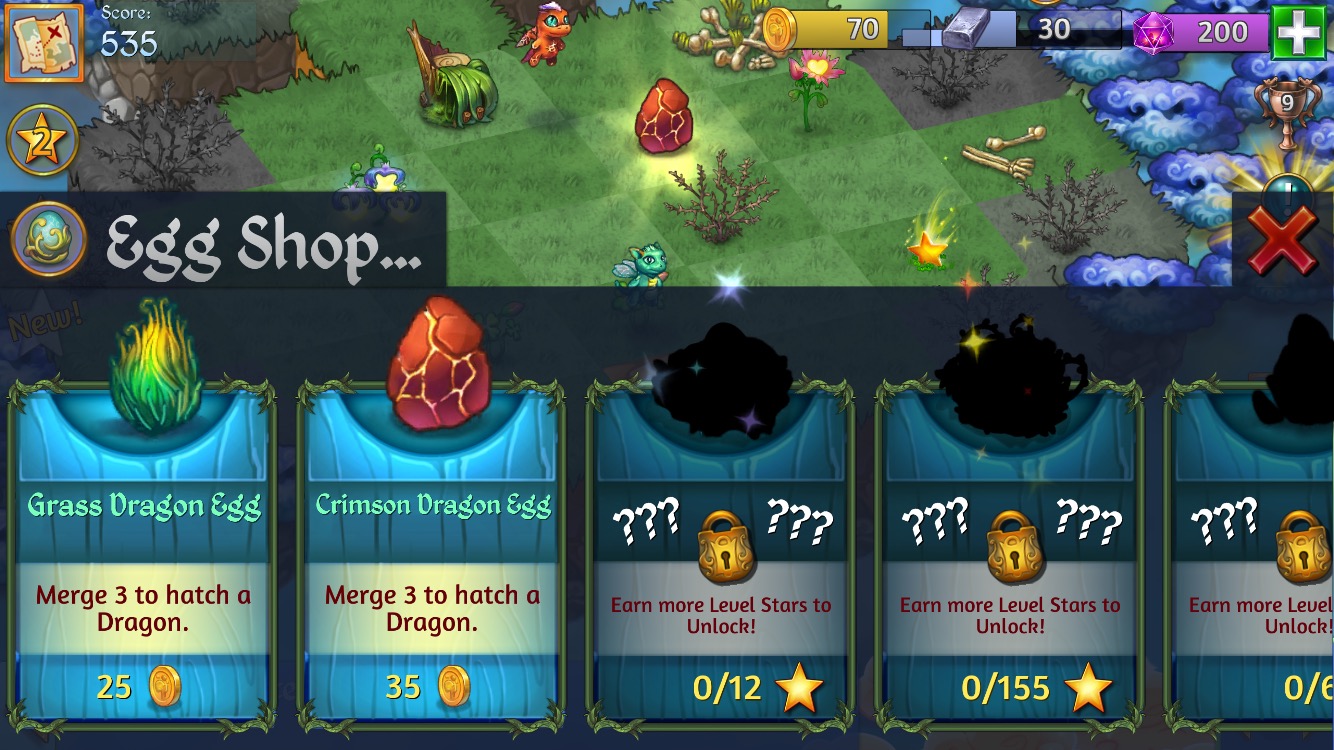 At times, it can almost seem a little overwhelming, but it actually proves to be quite liberating. You don’t feel like you’re just working on auto pilot. Instead, you can pursue certain strategies and work at solving puzzles within the land. You can discover new dragon breeds and watch as they go through different stages of growth. You can also combine certain things to earn money to buy new dragons, adding a layer to what’s possible.

Merge Dragons! throws a ton at you quite quickly, meaning its interface is pretty busy. At all times, there’s a plentiful supply of icons for you to delve into and learn some information along the way. While the game likes to explain a lot about what’s going on, it’s almost overwhelming at times. You do need to concentrate early on to know what’s going on, although you can bluff it to an extent by simply matching up whatever’s possible.

That makes it feel a very different game to conventional matching games. The basic principle might be the same but this is a very different beast. It’s more akin to a “proper” puzzle game, backed up by some freemium style elements, such as your ability to build a camp. Everything feels much more alive than you’d expect from something of this genre, and Merge Dragons! certainly benefits from it.

While Merge Dragons! is going to take a while for you to truly get your head around it, it’s a fun curiosity. You’ll want to learn more about it and see just how far you can go. Being able to see things improve and change before your eyes makes a key difference in breathing new life into a fairly stale genre. You’ll find yourself eventually a little frustrated at its enthusiasm when it comes to in-app purchases, but you’ll be mostly pleased with what’s here.

Kalimba Review: Two Is Better Than One