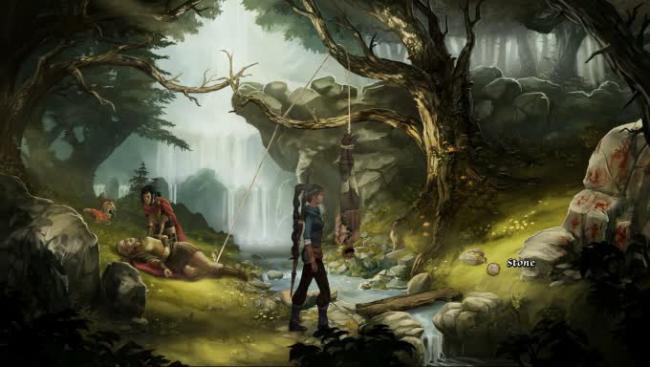 The story of a peasant, a princess, and a nearly perfect adventure game

As one of Germany’s top-selling D&D-style board games and an RPG series in its own right, The Dark Eye is ripe with lore and potential for fantastical expansion.  Daedalic Entertainment tapped into that rich world with last year’s The Dark Eye: Chains of Satinav, transforming it into their signature point-and-click adventure style wrapped in sumptuous hand-drawn visuals.  The direct sequel to that excursion, The Dark Eye: Memoria,draws on what made Satinav great and pushes it further, earning a rightful place as one of Daedalic’s greatest creations to date.

Disclaimer: This review contains spoilers for Chains of Satinav.

Memoria picks up right where Chains of Satinav left off: our previous protagonist, the bird-catcher Geron, is searching for a way to revert his love Nuri to her former self.  Nuri, once a fairy, was trapped in the body of a raven at the end of their adventure and is slowly forgetting her life before she became a bird.  Geron has been directed to the traveling merchant Fahi, who claims he can help Nuri—for a price.

Fahi wants to solve a riddle related to an ancient princess named Sadja, and has recently been having vivid dreams about her life.  Sadja lived over 450 years ago and, despite setting out to become the greatest hero the world has ever known, faded from history shortly after the events of Fahi’s dream.  Fahi offers Geron a trade: he will change Nuri back in exchange for the riddle’s solution.

Geron and Sadja share the role of protagonist in Memoria, with the game’s eight individual chapters alternating control between the two.  While the game begins with Geron and he’s given the same amount of screen time overall, the true star is Sadja.  Determined, brash, headstrong, and courageous, Sadja is a valiant foil to Geron’s less lofty—but still admirable—goal of helping Nuri.  Sadja’s laser-focused intention to become the most well-known hero of all time, at any cost, makes her both an unpredictable and unique character to control.

This unpredictability is evident in one of Sadja’s earliest encounters, when she agrees to free a demon staff from an ancient tomb in exchange for helping her escape.  Even the staff itself is shocked by her hasty agreement to free an unknown, possessed artifact, but their partnership quickly becomes one of the highlights of the adventure.  The staff is a surprisingly deep character, cautious and wizened from centuries of abandonment in the tomb, yet light-hearted and optimistic about the chance to finally be free again.  His growth, and Sadja’s, as they make their way toward the massive battle that will guarantee Sadja the infamy she desires, is consistently compelling and provides just one of the many reasons to continue progressing in Memoria. 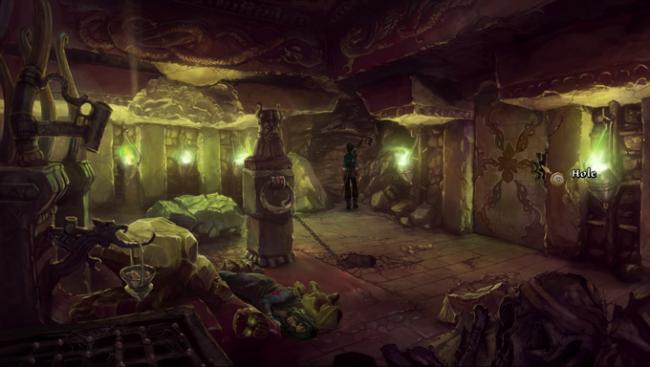 The story itself is another of those reasons, and it is immersive from start to finish.  Sadja again takes the lead here; her mysterious history quickly becomes more than just a dreamy riddle to Geron and the modern-day citizens of Andergast.  While Geron’s ultimate purpose is to help Nuri, the path to doing so is paved by Sadja and the truth of what happened to her.  With each passing chapter, the princess’s tale becomes both clearer and more predominant in Geron’s life, throwing both him and players for a number of unexpected loops and even presenting a surprisingly philosophical basis for many of its otherwise magical occurrences.

While Memoria‘s characters and story are exceptionally strong, the gameplay and puzzles are held to equally high standards.  Daedalic is slowly perfecting the art of point-and-click puzzles, and Memoria‘s meet the much-desired goal of challenge without frustration.  Inventory-based puzzles are still the focus here, with the magical abilities of Geron and Sadja acting as a type of ever-present item: Geron can destroy or repair certain objects while Sadja can activate and deactivate magical tools.  They both learn other spells throughout their adventures, and these skills are used in a variety of novel ways that never scream “Use a spell!” but still make sense when that course of action is necessary.

One of Sadja’s most interesting abilities is the “Send Vision” spell: with this magic, she can encourage a person to associate three objects with each other.  Puzzles involving the Send Vision spell require both logic and research; players will need to understand the items around them and their associated “vibes”—the object of the spell may hate brooms, for instance—and then select the best combination to achieve their goal. 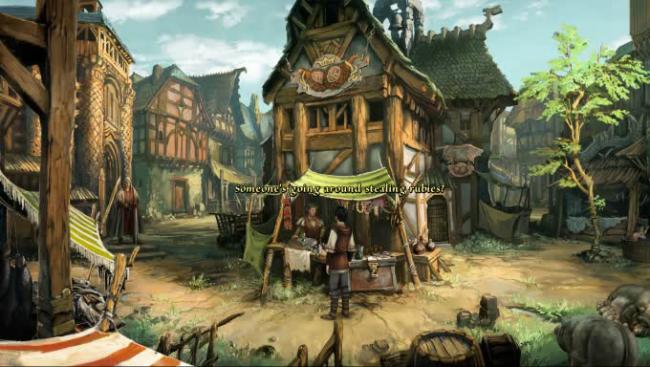 Of course, no point-and-click adventure is complete without a few far-fetched logic puzzles, and Memoria is not entirely free of this quirk.  A few puzzles suffer from the typical “Why would I ever do that?” dilemma once guessed, but Daedalic has graciously included additional hints in Memoria to help ease players’ aggravation.  First, the now-common “Hotspot Indicator” returns, allowing players to highlight every interactive object in a scene with a single click.  Second, a “Combination Helper” has been added that, if turned on, will cause an object to glow when it’s placed over something it can be combined with.  Finally, your current objective is visible in the Questlog and clicking on it provides an additional hint to its solution.  Sometimes this hint is vague, but more often it offers an extremely detailed—or even exact—solution to the problem at hand.

The chapter-based gameplay also provides a reprieve from overly complex puzzles.  Instead of wandering a giant, centralized hub as in The Night of the Rabbit or Chaos on Deponia, most of Memoria‘s locations are self-contained, with only a handful of scenes related to each chapter.  This means that even if you get stuck on a puzzle or where to go next, the options are fairly limited and backtracking to retry item combinations or paths is not an effort in exasperation. There are occasional exceptions, like the forest maze in chapter three, but even this has a skip option once you’ve wandered aimlessly long enough. 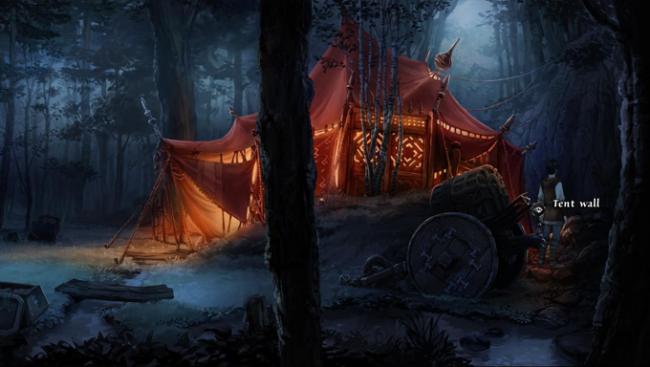 Even when you are lost and stuck staring at a screen in Memoria, the visuals should keep you from tearing your eyes out.  They’re stunning.  Every hand-drawn scene is a self-contained painting that could be displayed in a gallery.  There’s a shocking amount of detail present without being overwhelming; areas do not feel cluttered, simply whole.  Light and shadows are expertly used to present spaces that feel warm, haunting, and sometimes both; colors are so bright and varied that you could recognize a room based on its color palette alone.  While some areas are not as detailed as say, the tomb entrance where we first meet Sadja, every scene is memorable.

This is the experience of the entirety of Memoria: while not every detail is as memorable as its strongest assets, the experience as a whole is consistently rewarding and powerfully compelling.  Geron may not be as interesting a protagonist as Sadja, but his story provides both a foil to and reason for exploring Sadja’s adventure.  Sadja may have been forgotten in the history books of Fasar, but her contributions to Memoria and adventure gaming will live on long after the tale is complete.