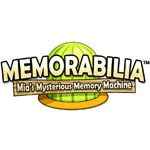 Read your neighbors’ minds for fun and profit!

Have you ever moved into a new place, only to find that the previous occupant left something behind? In the hidden object game Memorabilia: Mia’s Mysterious Memory Machine, the item in question isn’t a lamp or a coffee maker of dubious distinction, but a machine that allows you to read people’s minds.

You could use such a wonder to fight crime or farm secrets, but instead you decide to help your neighbors find the treasures they can’t quite seem to find. Each neighbor has misplaced something dear to them, like a book of recipes or ribbon, and also has an item of which they’re particularly fond. You’ll get a brief dossier on your client telling you what to look for before they hop into the gizmo and let you prowl through their grey matter. Their memories come up as a hazy collection of transparent objects stacked haphazardly over each other, and you’ll have to sort through the clutter to uncover the memory that will tell you where the loot is.

Some of the items on the list of objects you’ll need to find are marked with a star – find those and you’ll uncover a piece of memory that, when assembled like a jigsaw puzzle, reveal the location of your client’s missing goodie. You could just go for starred items first and blaze through the level in seconds, but for the best bonuses, make sure you find everything on the list. Keeping your client happy is also important and delivers yet another bonus; to keep them smiling, perform well by finding items quickly, finding their favorite kind of object, or not clicking incorrectly.

Occasionally, you’ll have to sort through your customer’s daydreams before you can get to their memories. Daydreams are more like scenes than just jumbles of junk, but other than that they play out pretty much the same as your basic memory level. Clear out the cobwebs and you can get down to the real business of sorting through your client’s skull.

You have to play a matching mini-game in order to earn power-ups, which is both boring and annoying. The game itself isn’t all that fun – its sole innovation is that you can move tiles diagonally in addition to up and down – and the object searches aren’t really difficult enough to make having the power-up worth the tedium of earning it. The most helpful tool in the game is free: Clicking on the name of an item will show you what it looks like. Given Memorabilia‘s penchant for British-isms, having a visual translator is invaluable.

You’re not just helping your neighbors out of the goodness of your heart, though – they’re paying you for use of your memory machine. The farm house that you moved into, the previous home of the machine’s inventor, is in serious disrepair, but you can fix it up with compensation from your clients. At the end of every level, you get to upgrade a particular feature of your house, like flooring in the kitchen or wallpaper in the bedroom. Your options are definitely limited and of questionable appeal, but they certainly beat holes in the walls.

Memorabilia is, pardon the pun, a fairly forgettable game, but two things are likely to keep you playing – the visual design and the story. The graphics are a lovely pastiche of pastels and textures, as pleasant and comforting as the English village they’re depicting. The story of the inventor who disappeared 50 years ago is also interesting enough to make you want to know how it all turns out. Memorabilia: Mia’s Mysterious Memory Machine is a quiet little game to pass an afternoon with, but don’t expect your experience with it to be stored away with your own personal host of memories.