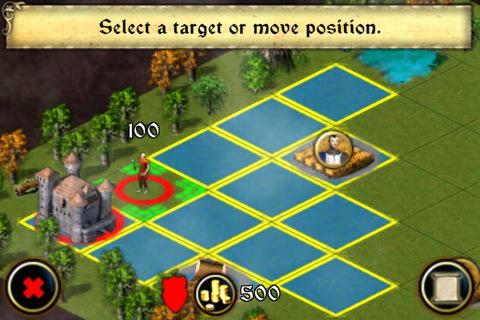 The turn based strategy game has been a mainstay on videogame consoles for many years. Over that time they’ve gotten significantly more complex, but the vibe has largely stayed the same. Sid Meier’s Civilization series is probably the most popular, and it’s certainly the best when it comes to showing what the genre is capable of. Medieval Battlefields, on the other hand, finds itself on the opposite end of that spectrum.

In Medieval Battlefields you’ll control either the English, French or Viking army in a story that weaves all three together a bit via text in between the missions. All have similar units and structures, and I didn’t notice any strengths or weaknesses in the different factions. During your turn you’ll move units, build new ones, upgrade structures and attack your enemy. After you’ve made your moves, your opponent does the same, and then it’s you again.

Your goal is to lock down areas on the grid-marked map while increasing finances to build more units and upgrade buildings. There’s a small tech tree at work that, for example, requires you to build barracks and stables before producing mounted knights. It’s nothing major but it makes you upgrade internally before building the strongest units.

Games where moves don’t take place in real-time are nice in the way thay they’re more like Chess matches than battles, giving you the time to study options and execute choices in a specifically deliberate way. When the battle is raging in real-time there are many times where you just need to react quickly, where given time you may have made totally different choices. Both provide a different but compelling experience – if they’re done well.

Medieval Battlefields, however, suffers in numerous areas. A few issues stand out from the others in the way that they adversely affect the player’s enjoyment. Let’s start with the terrible user interface (UI). Some things are clickable that don’t appear to be so, while other things look like buttons but aren’t. For the first few games I found myself tapping and clicking around almost at random trying to navigate the menus and move units. For example, it’s not totally clear that you need to choose a unit to attack at the same time that you’re moving units. Forget or not realize? Too bad, turn’s over. Maybe next time, chief! There are examples of this kind of vagueness throughout the game, and only through trial and error will you ever figure it out. 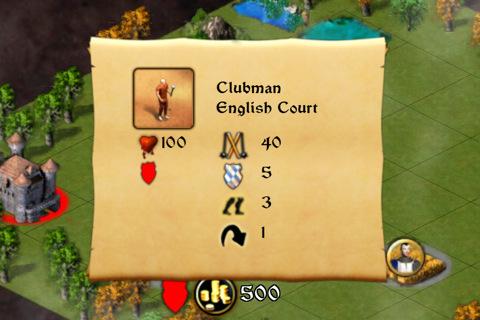 In addition to that is my normal complaint about a game having a tutorial that is less than adequate, or simply missing altogether. Medieval Battlefields has some pages that you can tab through that are just text that give you an ok idea on how to play, but unless you’re already comfortable with real-time strategy games you’re going to feel completely lost. Combine that with the obtuse UI, and Medieval Battlefields is a recipe for disaster.

Probably most importantly though, is that at the end of the day the game just isn’t engaging. The story is tacked on in text before a mission, there is little to no difference in units between factions, and the game just never gives you the feeling that what you’re doing matters in any way. It’s just not a compelling experience.