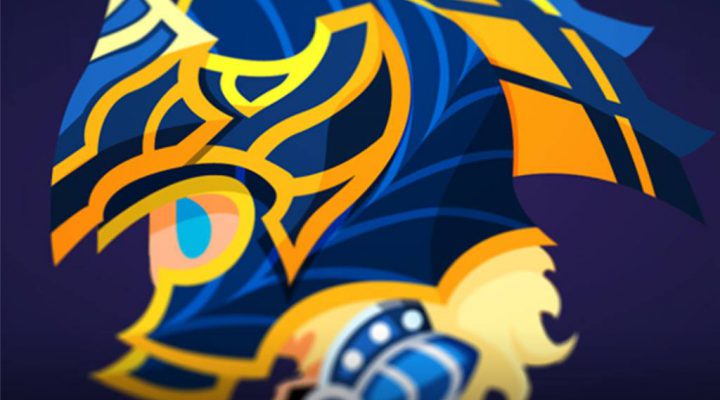 Medal Masters has not been far from my reach much in the past few days. I’ve been using any excuse I can find to play the game. Even though Nexon’s newest casual RPG is very much like the dozens of others currently available on the App Store, Medal Masters has been a hard game to break away from. I credit that completely due to the thrill of battle.

In Medal Masters, players collect an army of cool little characters to use in battles against A.I. opponents as well as other players. Each character belongs to a particular character class, power ranking, element, and features their own unique special abilities and leadership passives that can augment other characters in their group. By taking into consideration abilities, passives, and classes, a strategic player can turn a team of weaklings into a formidable opponent for their enemies.

Battles in Medal Masters are the highlight of the game. 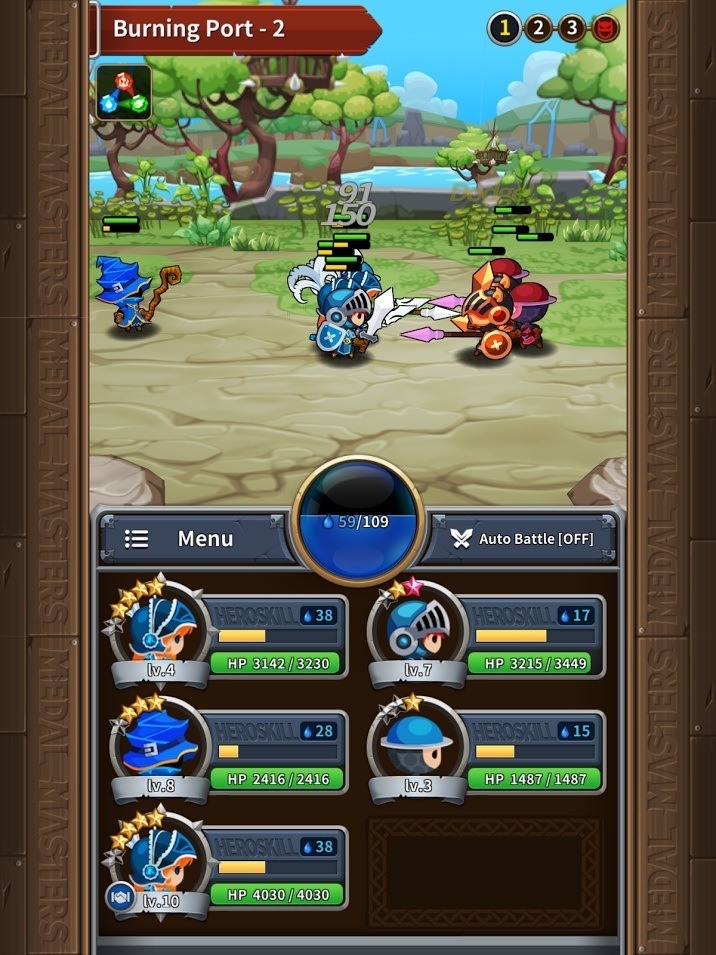 The battles happen in real-time, and watching your team of five soldiers run across the battlefield at the enemy team is surprisingly satisfying. The warriors lead the charge, their bulky armor taking the brunt of the opposition’s attacks. Any lancers in your group will be just behind the warriors, dealing bursts of damage with their long spears. Behind the lancers are the lightly-armored archers, mages, and healers who can pelt the enemy’s front-line from a distance and heal up the units on your own front-line.

Watching battles unfold is always a neat little sight to behold. But if you get too caught up in the moment you might miss a decisive opportunity to Blitz and secure victory. 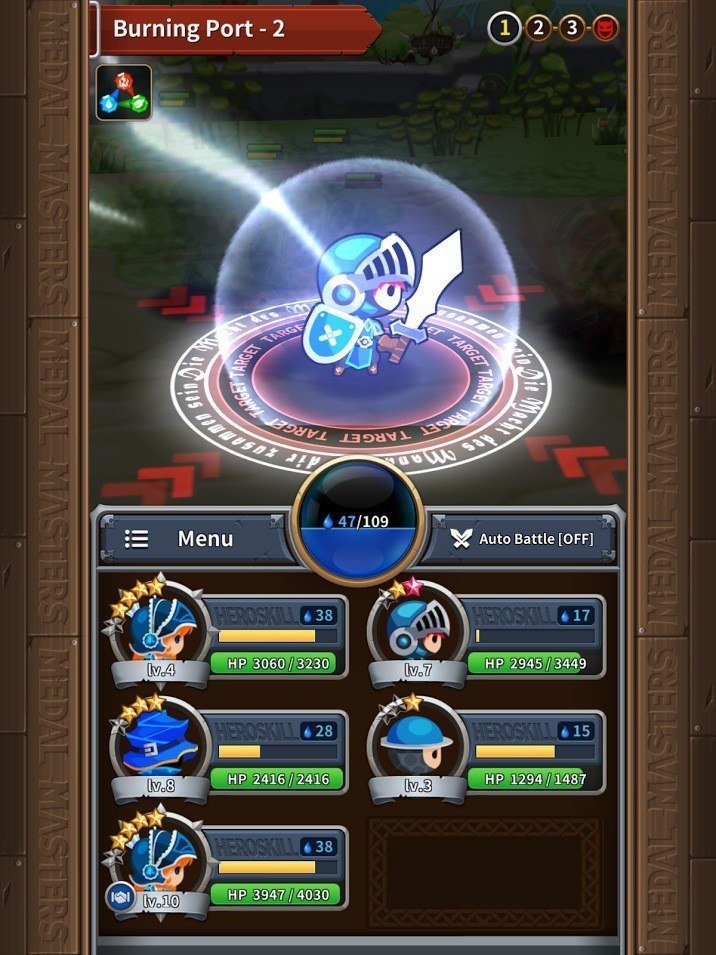 Blitzing is the key component of battle in Medal Masters. As each character attacks, they charge up their special ability. When fully charged, players can select the special ability and (if there is enough mana for it) they can use it against the enemies. A little cinematic plays each time a special ability is utilized, during which players have a very brief window in which to tap the screen and trigger a Blitz, which is an even stronger use of that ability.

Triggering the Blitz is a little mini-game, requiring equal parts skill and luck. When a special ability is activated a Blitz ring surrounds the character and a bigger ring appears and quickly shrinks into the character. To trigger the Blitz players must tap when the shrinking ring is just aligned with the Blitz ring. It all happens in under a second, so it’s a real challenge to nail, but very satisfying when accomplished. Those intense moments serve well to keep my attention fully onto the game, even if I was partaking in my fourth or fifth back to back battle.

Outside of battles, Medal Masters is not nearly as exciting. The game functions almost identically to nearly every other popular, casual RPG that I’ve played in recent memory; from the star-based character ranking system, to the ability to evolve characters to boost stats, down to the daily log-in rewards. As cute as the characters are in Medal Masters, they can’t disguise the fact that the game has borrowed almost everything else from games that have come before it. A slightly unique Barracks mechanic allows you to slowly level up your characters, even when you’re not playing, but the fact that you have to level up, evolve, awaken, and “skill up” your characters separately dampers that otherwise efficient option.

At its best, Medal Masters is an exciting little RPG to play that’s filled with collectibly cute characters. At its not so best, it’s an all-too-familiar RPG experience that gives me little reason outside of the battles to keep playing. Medal Masters could have been a top-tier recommendation had it been released about a year ago, but unfortunately, it’s a little too late to the front-line to really wow us like it could have.