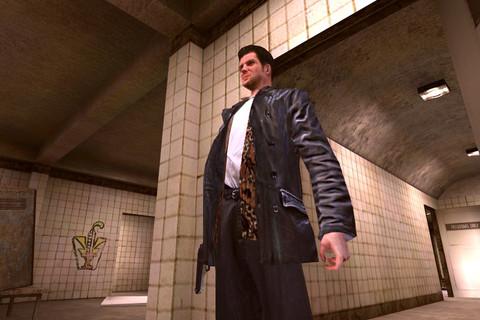 A triumphant return to the streets of New York

The original Max Payne is an undeniable classic. It, along with its sequel, Max Payne 2: The Fall of Max Payne, introduced the mechanics of bullet time, noir-style presentation, and graphic novel storytelling in videogames. In tandem with Max Payne 3, coming soon, it’s nice to see another iconic Rockstar title hitting iOS. While Max will be headed to the sunny shores of Sao Paulo later this Spring, it’s great to be back in New York where it all began.

You play as the titular Max Payne, a rogue DEA agent and former NYPD detective seeking revenge on the murder of his wife and child. As you dive deeper and deeper into the seedy underworld of New York City, this singular thread unravels into a crime war of immense proportions.

If you’ve ever seen the destruction that Liam Nielson creates in order to save his daughter in Taken, then you have a small glimpse into the capabilities of Payne. Armed with a slew of weapons, including pistols, shotguns, sniper rifles, and grenades, Max is capable of downing hundreds of men in his adrenaline-filled revenge.

The adrenaline itself is represented by Max Payne’s iconic ability: bullet time. By exhausting a meter, you can slow down time Matrix-style in order to take clearer shots, dodge enemy fire, or simply get a grip on a high-intensity situation. It might be a decade-old gimmick, but the satisfaction of clearing a room full of mobsters in slow motion never gets old.

What truly stands the test of time, however, is Max Payne’s incredible voice work and presentation. Whether it’s Max’s melodramatic narration or the colorful cast of New York gangsters, the acting quality holds up surprisingly well.

While there’s a ton of voice work in-game, the story shows its true colors through graphic novel-style panel-by-panel narration. These cutscenes are more effective than ever on the comic-book-sized iPad, giving the player an even greater connection to Max Payne’s visual novel art direction. 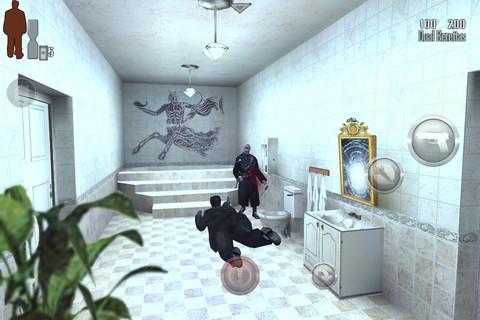 Not everything is as good as it was in 2001, however. While the art direction leaves for some memorable environments, that alone can’t hide the fact that time has not been very kind to Mr. Payne. While the visuals have been scaled for HD screens, it doesn’t repair the occasional jagged edges and blocky textures that plagued the original release over a decade ago. The scope of a huge console-size 3D environment is still impressive for the iPad, but the visuals are well below the system’s potential quality.

It also goes without saying that attempting to recreate joystick controls on a touch screen will never be nearly as precise, but Max Payne tries its hardest to make things work. Instead of forcing the left and right analog sticks to remain frozen in place, each analog stick adapts to wherever you touch on the screen. It sounds complicated, but it at least allows for you to take control without constantly looking at your screen. That being said, it takes time to get used to, and aiming remains a tedious process (you’ll definitely want to keep auto-aim on).

The last thing we feel is worth noting is that Max Payne is not your average casual title. The M (age 17+) ESRB rating that it received in 2001 would likely be closer to a T (age 13+) rating today, but there’s still plenty of adult content. Violence, drugs, the occult, and sexuality are all employed in some form or another over Max’s gritty trip through New York’s crime district. These dark elements are present all over modern-day television shows, but that still doesn’t make them friendly to every player.

Not every title from the early 2000s has stood the test of time, but Max Payne Mobile’s fantastic presentation and storytelling keep it a must-have for action junkies looking for a serious game on iOS. It might not look or control as well as it did over a decade ago, but much like the hundreds of mobsters and bullet wounds you’ll encounter over your 10 to 15 hour adventure, it won’t stop Max Payne from emerging successful.