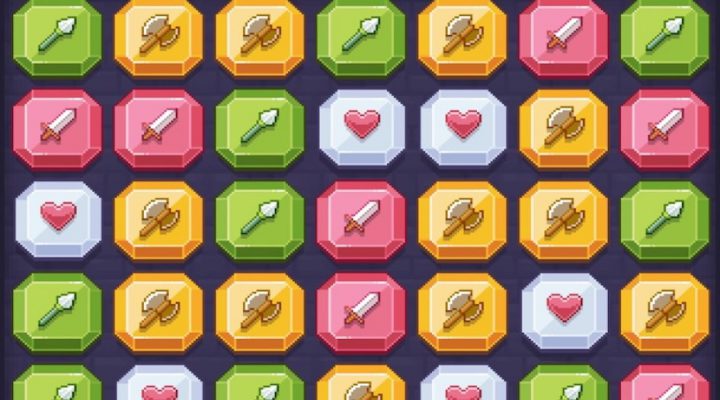 Plenty to sink your teeth into

Some grinding is involved

Match Land is a rather mellow experience for those who love a Puzzle Quest-style match-3 game. That doesn’t mean it’s dull. Far from it. Instead, it’s the kind of game you can pleasantly dip into and achieve something without feeling like you have to devote hours upon hours. Sure there’s a grind to it, but you should still feel like you’re getting somewhere — albeit a little slower than before. 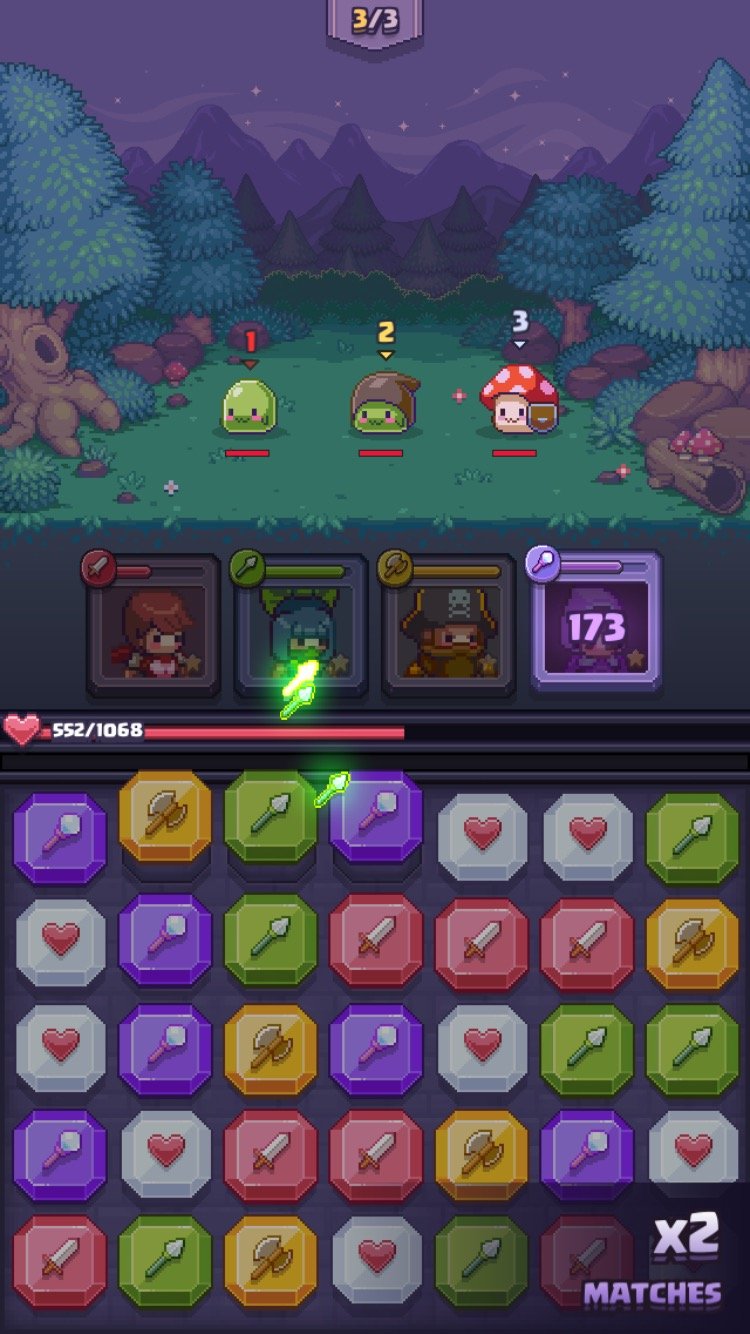 There’s an incredibly loose story to Match Land, and one that might not appeal to vegetarians. Your mission is to battle and capture creatures that you can then use as ingredients in your food shops. That might not sound overly appetizing, but Match Land manages to keep things cute and light. What that means for the player is two distinct forms of play, sort of.

On the one hand you’re establishing new shops, each of them offering a timer. When the timer expires, you gain a bunch of coins which can be used to upgrade your team. And upgrading your team is immensely important to the core part of the game — combat.

Following a conventional match-3 format, you play through various stages, attempting to gain an all important 3 stars. Matching is done on a fairly lengthy timer, meaning you have plenty of time to think through each move. Planning and strategy is vital here. Make a good move near the bottom of the screen, for instance, and you can invariably set off a combo of moves. It’s a familiar concept, but it’s never less than satisfying when you pull off a particularly impressive set of attacks. 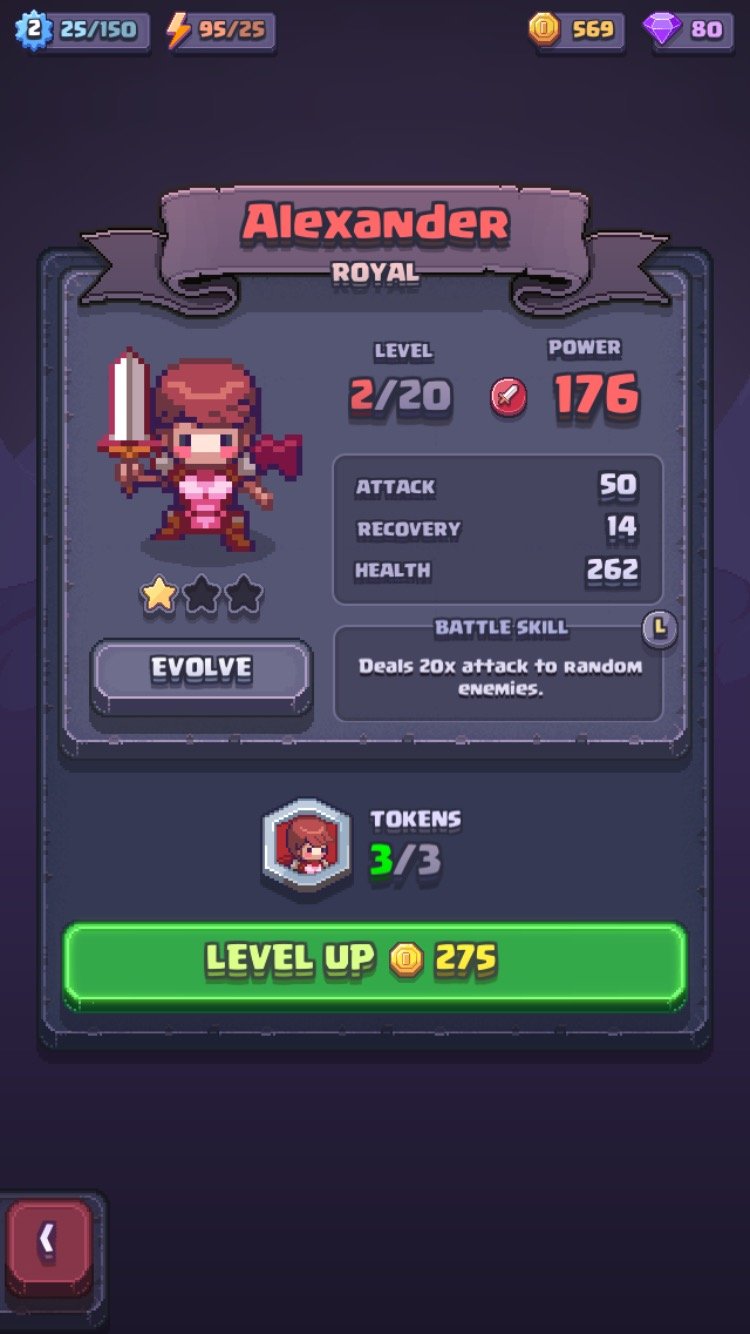 You can also perform special attacks via using many tiles of the same color, but these are a tad lacklustre compared to other games. Sure, they inflict huge damage, but it’s quite a hands-off experience. It’s much more fun working on lining things up so you can accrue a huge combo attack.

Outside of levels, you can spend a little time leveling up your guys through a mixture of tokens and coins, making the process slightly more complex sounding than it actually is.

The format continues like this for hundreds of levels. You’ll come across bosses but the same format applies. Match Land does require some backtracking, though. After a handful of levels, you’ll find yourself failing miserably at the next one. The game helpfully suggests that replaying earlier levels is a great way to build up strength and level up. It’s right too, but you might feel a little suspicious of how keen Match Land is to keep you repeating yourself. 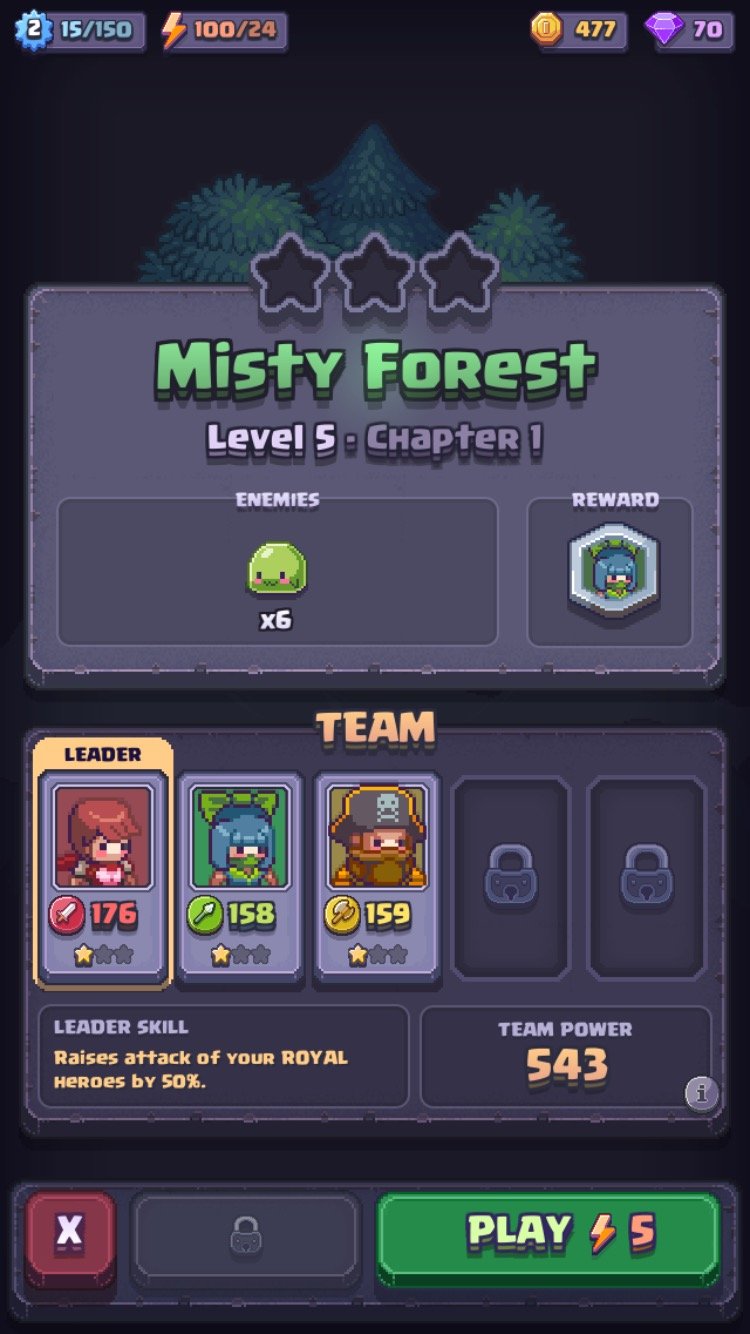 That’s fair enough. Match Land does offer a fair few freemium elements. There’s an energy system which restricts how often you can play a level. It’s reasonably generous early on, but you’re going to hit an inevitable wall eventually. There are also many things you can buy to level up faster or enjoy having more coins. Match Land isn’t pushy, meaning you’re more liable to spend a couple of bucks, but you need to be aware.

Ultimately, its genteel nature means you’ll feel more endeared towards throwing some money its way. Match Land might not be the most imaginative match-3 game out there, but it’s a lot of fun and you’re likely to keep coming back for more.