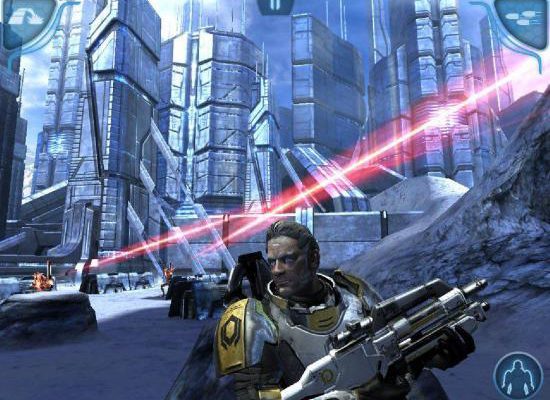 Mass Effect Infiltrator is more shooter than space opera, but a great addition to the series nonetheless

I probably shouldn’t keep being surprised when I get blown away by the graphics in a mobile game nowadays, but holy moley Mass Effect: Infiltration is gorgeous. It’s the sort of knock-down gobsmackingly gorgeous to look at that makes you wonder how it’s running on the device you’re holding. The game has a tough bar to live up to with Mass Effect 3 just having been released on more powerful consoles, and while it’s not THAT good, it’s a lot closer than it has any right to be. Infilitration is just fantastic.

What I noticed right away was how much inspiration Mass Effect: Infiltration took from cover based iOS games like EPOCH. The game employs a swipe-tap-aim mechanic that relies on getting you in and out of cover quickly, and emphasizes fast action over tactical combat.

There’s a bit of movement with a virtual joystick, but most of the time you’ll just use that to move into cover when the fighting starts. After that, the game moves to a totally different style of play. From cover you’ll then tap on an enemy to pop out and begin shooting in their general direction. You then refine that aim by moving the reticule around. You can even swap weapons and targets to chain moves together for something they call “style” points.

You can move from cover to cover by swiping in the appropriate direction, working your way through these battle set-ups that are just rife with things to hide behind. The combat is pretty similar the whole way through. Just hide, pop out, shoot/kill, and hide again. In addition to your guns you have access to some of the biotic powers from the Mass Effect world, like pull to yank guys out of cover and throw them into the air. It helps keeps things moving and feeling fresh. The controls are different, but it feels similar enough to the combat in the console game.

The combat trappings of Mass Effect may be here almost completely, however one of the biggest elements of what makes a Mass Effect game a Mass Effect game (at least so far as the console titles go) is completely missing; the speech based role playing side of the game. Gone are the dialogue wheels and the branching ethical paths. This is a shooter, pure and simple. 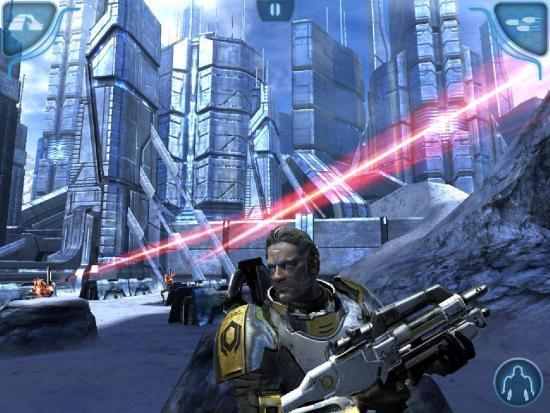 That may or may not be a big deal to you, and we certainly can’t expect a full-fledged console sized experience on iOS (at least not yet – we can’t help but wonder how much longer that’ll be the case). But for me personally, one of the reasons I really love the Mass Effect games are the deep storylines, rich world, and chance to interact and talk to people – none of which is present in Mass Effect: Infiltration. This isn’t a deal breaker, but definitely worth mentioning.

Sadly though, there are a few issues with the experience. First and foremost is the difficulty coupled with the control scheme. The swipe-tap-aim mechanic is neat, but takes some getting used to and keeps you from just grabbing your mobile device in a comfortable place and playing. On the iPad, having to move your hand from the virtual control spot to choose weapons/biotics or to tap on enemies means leaning the device on your lap or something. It would be nicer to do more from having your hands in a set place. While you can certainly take a lot of bullets while you manage all of that, sadly you’re not invincible, and I have to admit I died a lot while learning the ropes. I’d recommend going through the tutorial multiple times to really get it all down.

All said, I really did enjoy Mass Effect: Infiltrator and is serves as a wonder companion to the just released Mass Effect 3. I do wish it tied in story wise a little closer to that game, since I’d wager that most of us are playing the two concurrently. Despite this, it’s given me a way to enjoy the world while away from home, and more Mass Effect is always a welcome sight.