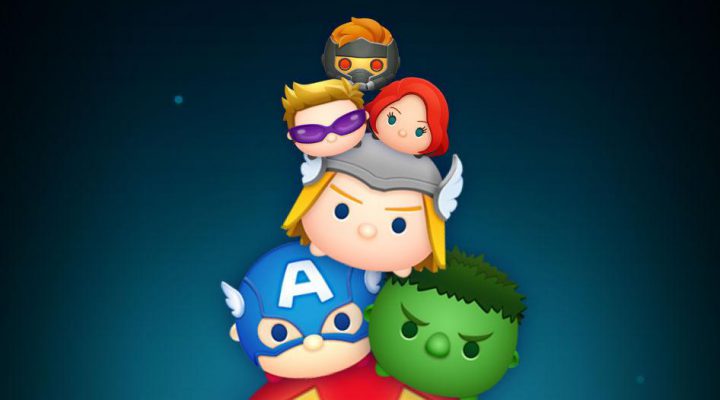 Plenty of characters from icons to fan favorites.

No cure if you're suffering from match-3 fatigue.

Both the energy and leveling systems can be bothersome.

We’ve seen plenty of Marvel mobile games over the past few years. Even if you start breaking it down by genre, when it comes to Marvel match-3 titles, we’ve been there, done that, and collected the ISO-8.

Maybe what we need is a dose of cuteness. Enter Marvel Tsum Tsum, a game based on the undeniably cute stackable plush toys you may have had your child/nephew/random neighbor kid bug you about. You wouldn’t necessarily think the familiar heroes and villains of Marvel Comics would make for a fun time fighting each other in that form, considering they’re missing important things like hands, but darned if XFLAG didn’t manage to pull it off. 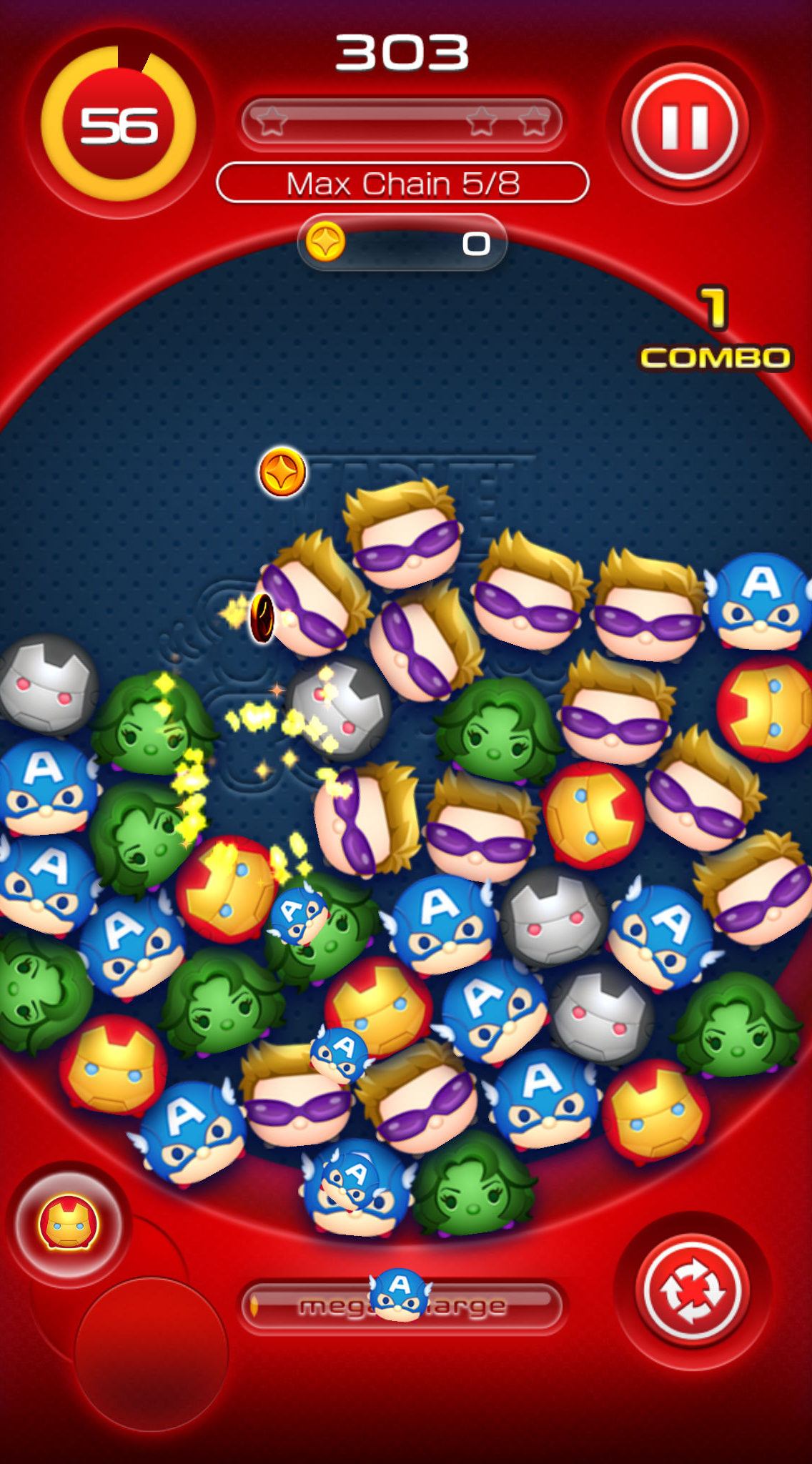 As noted above, this is a match-3 game, so if you start breaking out in hives when you hear that phrase you might want to keep your distance. That said, it’s not exactly like most other genre titles, as the Tsum Tsum characters get tossed into a round playing field and kind of sit (appropriately) on top of each other. You trace lines of three or more adjacent faces to make matches that clear them from the board, and then the other Tsum Tsum shift around and drop down to fill in the vacated space.

Even once you’ve mastered the basics, including making chains of seven or more to create bombs and filling the Mega Charge meter to rapidly increase your score, Marvel Tsum Tsum keeps you on your toes by making every level a race against time. Objectives change, and a high score is still a concern to try to clear each stage with three stars, but time is always ticking and speed is essential.

There’s something of a Toy Story-like narrative with the Tsum Tsum coming to life after their store closes, so you do get to enter Battle Mode every few levels, as well as fighting various Marvel villains in special rotating battle events. The gameplay is the same, except there is a large enemy Tsum Tsum in the middle of the board that you “attack” by making matches, setting off bombs and activating skills. The villains have interesting special abilities that can reshape the playing field, and there’s even a co-op mode where you can team with another player to take down tougher opponents.

Part of the joy of a game like this is in unlocking more characters, and Marvel Tsum Tsum uses a pretty familiar system of blind boxes that you can acquire with either orbs (the premium currency) or coins. There appear to be 27 characters at launch, including the likes of agents Phil Coulson and Peggy Carter from the Marvel Cinematic Universe, plus some more obscure surprises. Yes, Darkhawk, I’m looking at you. 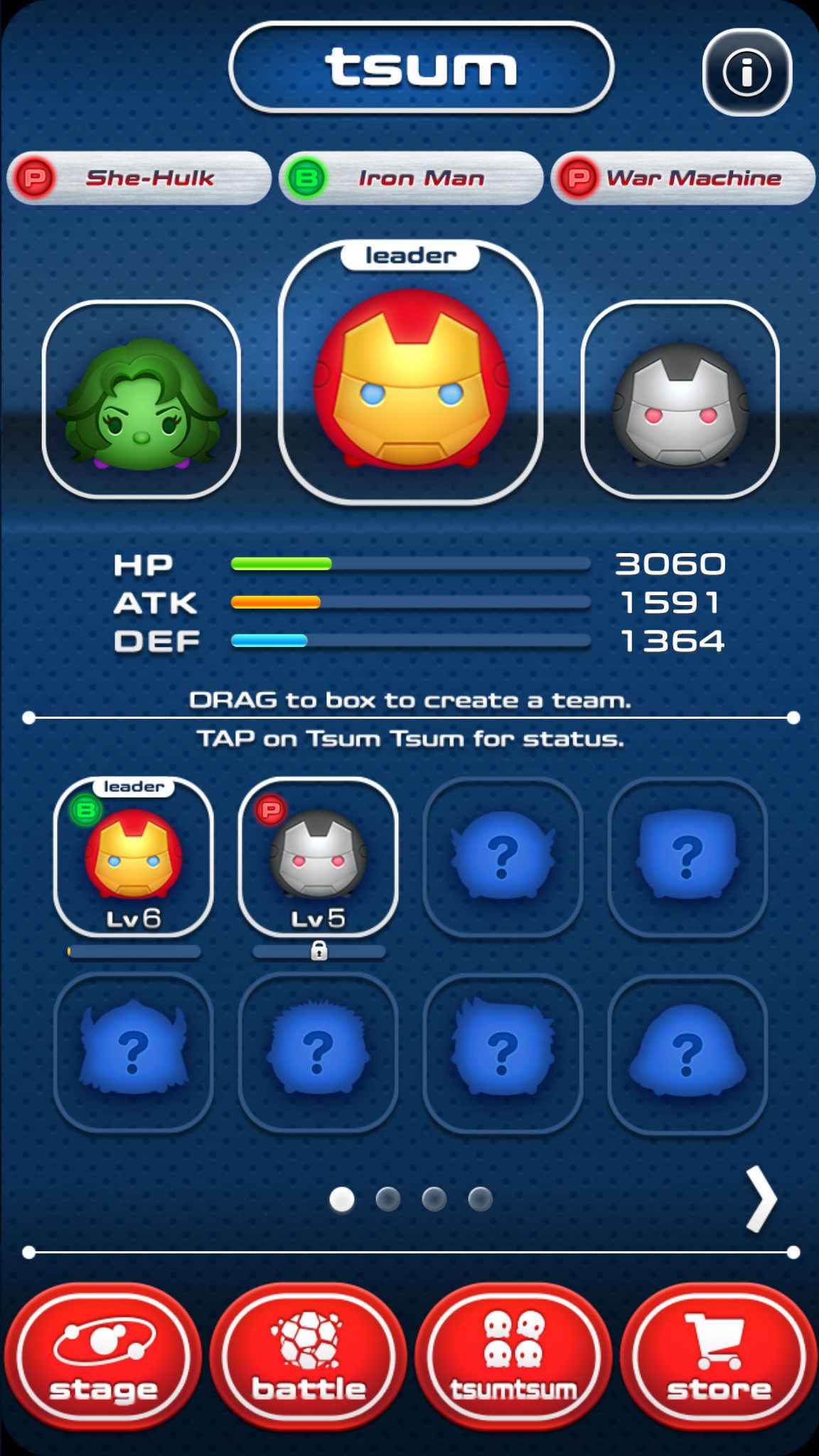 The only real impediments to enjoyment are the energy system, which can limit you to just a few stages per play session, and the semi-involved system for powering up your Tsum Tsum. You need one resource to help them level up, plus there’s a level cap that must be unlocked with coins. Special abilities require ISO-8 to buff, but it needs to be the correct color. These are simple creatures, and probably would enjoy an equally no-fuss leveling procedure.

On the other hand, the Marvel Tsum Tsum would all have their Cuteness stats maxed all the way out by default if there was such a thing. There’s no fighting that, so it’s silly to even waste your time trying. Whether you spend a ton of time with the game is another matter, but there’s definitely more to it than it may first appear, and it’s worth a download for the Marvel fan in your life to try out.