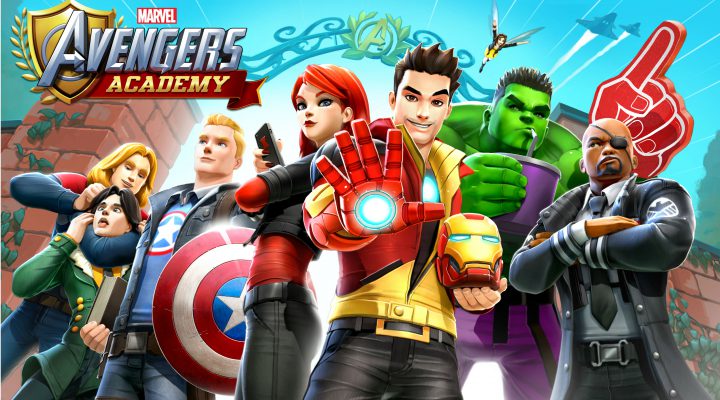 A truly original premise and story involving the Avengers and other familiar Marvel characters.

A bit stingy with currency.

Easy early on to have all characters tied up, forcing you to wait -- or pay to keep playing.

It’s not that easy to put a new spin on characters that are both super popular and long-lived. TinyCo and Marvel have managed to pull it off anyway in Marvel Avengers Academy by setting up an enjoyable “What if?” scenario for Earth’s Mightiest Heroes that imagines Iron Man, Captain America, Thor and more as teenagers. By building on that premise with an intriguing story and A-plus production values, it’s a game that manages to suck you in despite some occasionally uninspired and decidedly casual gameplay.

Any comic book fans reading this are probably saying, “Wait, there already was a Young Avengers team. So what?” Ah, but those were completely different characters, whereas Avengers Academy reimagines the headliners from Marvel’s superhero line as if they has already gained their powers in their formative years. The set-up is that an adult Nick Fury is running a special school for powered youths, almost as if you had taken the original premises of the Avengers and X-Men and smashed them together. 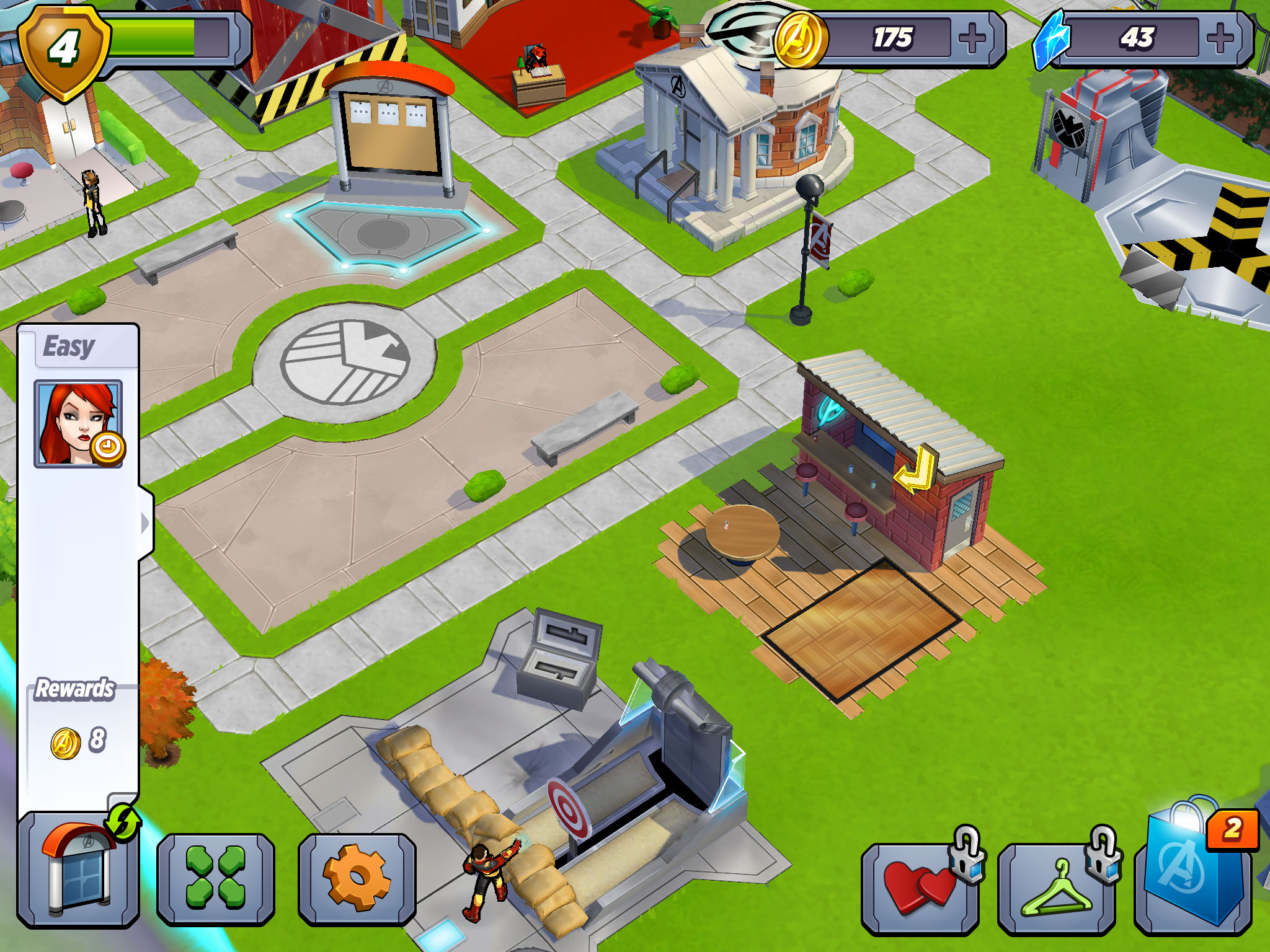 On the school grounds, your job is to assign each of the teen Avengers to different tasks, which vary between school-related activities, training their powers and purely social pursuits. The gameplay primarily requires you to tap on a character, drag an action over them and then come back to collect the reward once it’s complete. If you’re thinking that’s a lot like TinyCo’s previous big hit, Family Guy: The Quest for Stuff, you win one of Marvel’s old No-Prizes — which I believe were actually nothing, but hey.

Between quests that advance the game’s overall narrative and assorted tasks you can pick up any time off the mission board, there’s the illusion (perhaps conjured by teen Loki) that there’s a lot to do. The problem comes when you have actions that take hours to complete, tying up the hero and sometimes one of the campus buildings for lengthy periods of time. And the rewards for doing so don’t always seem worth it; Avengers Academy can be a bit stingy when it comes to credits, the soft currency and one you need for just about everything. 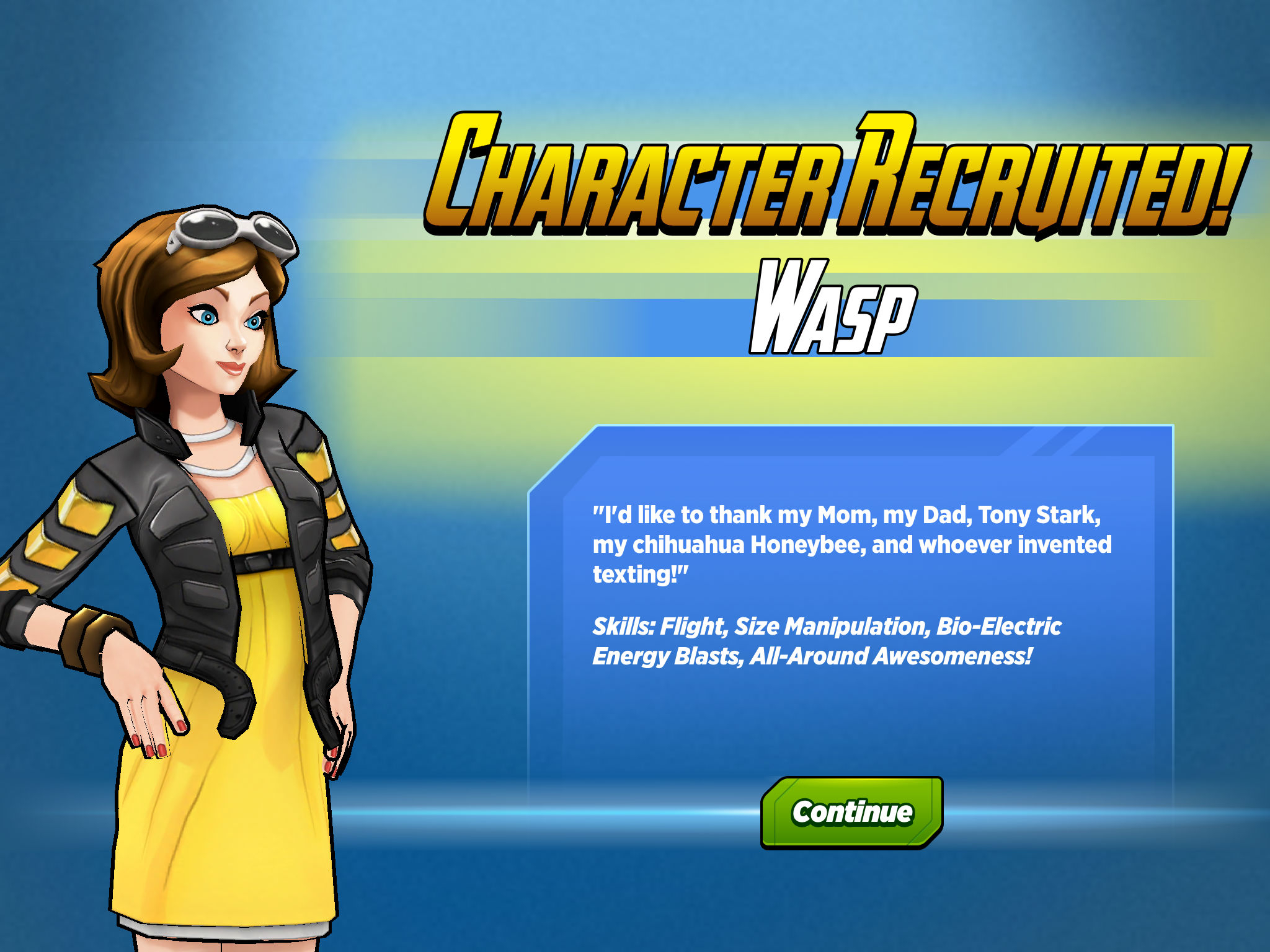 Mostly, it’s a test of your patience. Premium currency in the form of Infinity Shards will help you speed up any task, but you’ll want to save them for unlocking heroes like the Vision that can’t be obtained any other way.

Those qualms become a lot more bearable once you let the story get its hooks in you. Almost from the beginning, there’s a feeling that the school just isn’t right. Never mind the various dangerous parts of the grounds shrouded by a mysterious “timefog,” because that’s only one of the mysteries to unravel. What is Fury really hiding? Have the Avengers simply been de-aged somehow, and were they once the adult versions we know and love? And which villain is behind everything? Because there almost certainly has to be one… 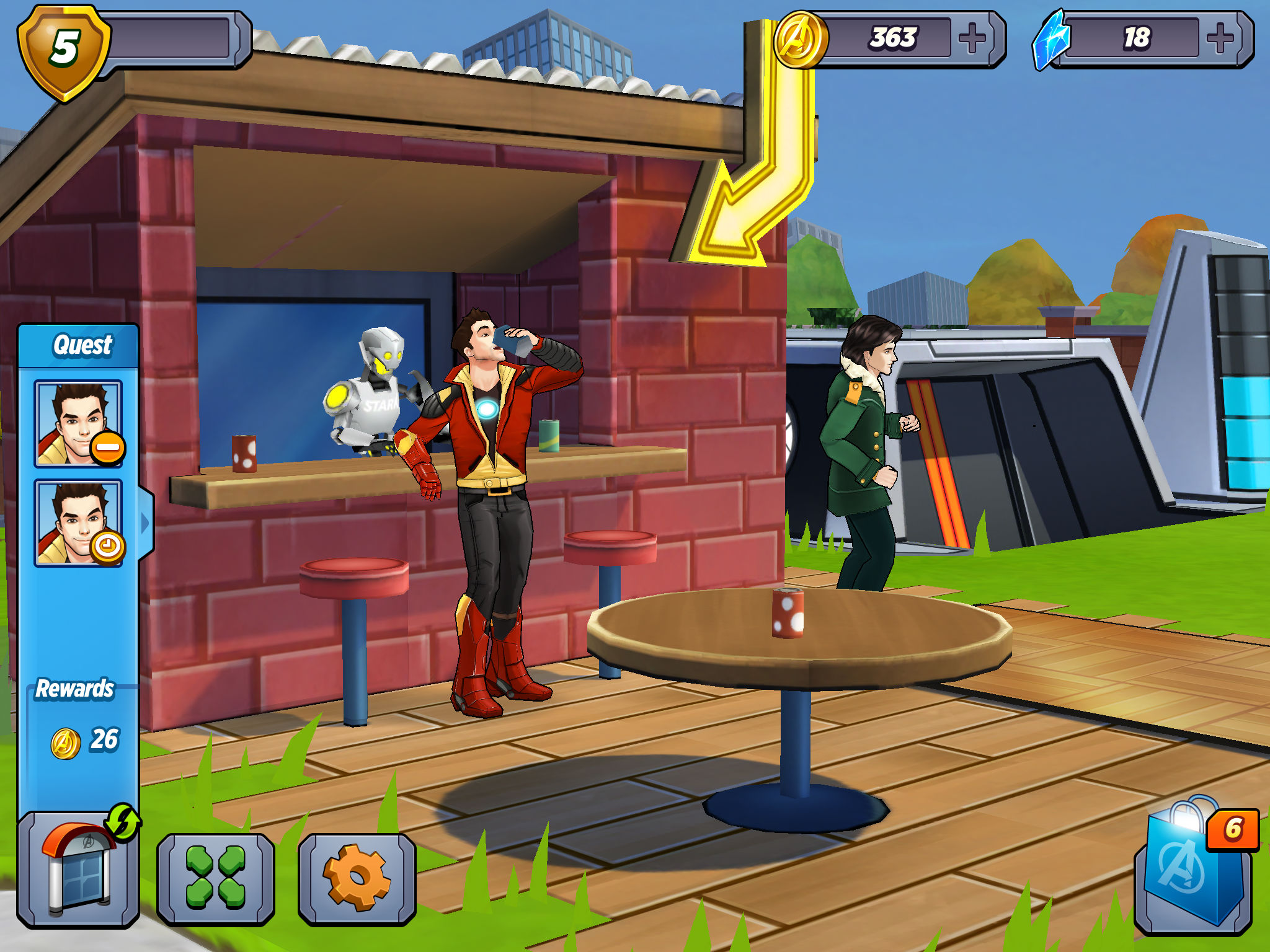 The characterizations of the young Avengers are a joy. Teen Tony is 1 million percent better than the unfortunate Iron Teen from the comics (the 90’s ya’ll), and you’ll quickly fall in love with Wasp, Loki and just about everyone, all while marveling at how Black Widow is the one hero who seems to know more than she should. A stellar voice cast that includes Dave Franco, Allison Brie, John Cena and A$AP Rocky puts them over the top, and the art style will have you searching for the comic book series that inspired it — but trust me, there isn’t one.

Even if the “play it for a few minutes and set it aside” nature of Marvel Avengers Academy doesn’t speak to you, there’s a good chance that the characters and story will. The game is already teasing that a dating feature is on the way, which only promises to make what’s unique about this game stand out even more. Don’t expect a deep, meaty gameplay experience — but if a fun story and great atmosphere are most important to you, aim your assembling finger at the App Store or Google Play and dive in.