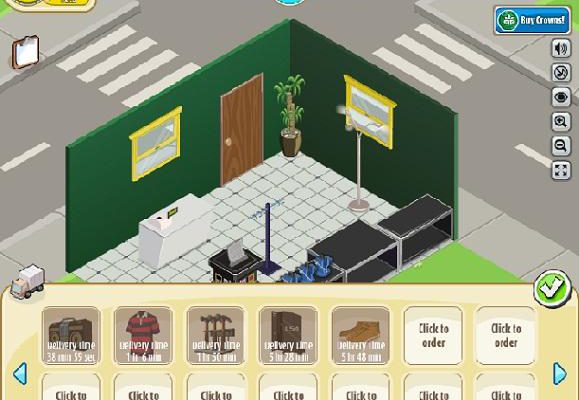 Market Street lets you build up your own department or specialty retail store and interact with your customers.

A lot of social game genres begin with a game that takes an old formula and changes it up a little, with a new motif or a few twists to the rules. Market Street is a department store sim that, at heart, is following the formula of fashion games like Mall World and Retail Therapy. You can even sell clothing if you want. What’s different about Market Street is that it’s a much more masculine game.

In Market Street you are likely to end up building an attractive, efficient store decorated with dark colors and cool linoleum tile. You can sell household tools, high-end consumer electronics, and even the clothing selection includes men’s dress like ties, blazers, and t-shirts. There are certainly feminine clothes and a lot of gender-neutral items to sell, but Market Street is a far cry from the world of frills and hyper-saturated pink you see in fashion games. In many ways it’s a refreshing change of pace. 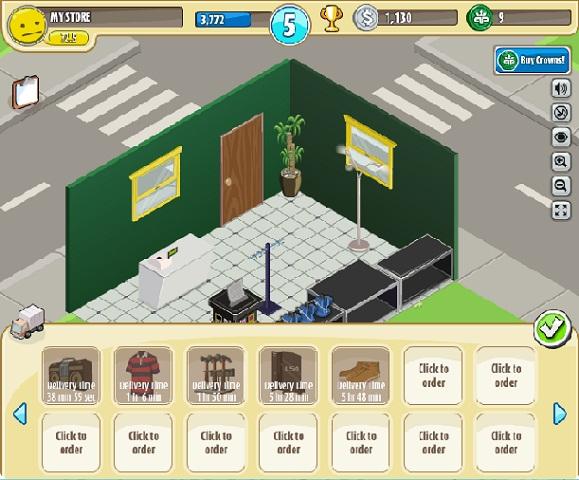 The actual gameplay curve for Market Street is well-designed. At low levels you can sell a handful of merchandise from three basic categories: clothing, hardware, and electronics. The cheaper items are delivered more quickly and sell through fast, while premium items are more expensive and take longer to sell (but offer potentially huge profits). There’s no need to sell any particular item to advance in the game, through you do need to keep your store’s displays constantly stocked and you need to have the right displays for the merchandise you want to sell. There is a mission feature in the game that early on serves as a tutorial and later on rewards you for expanding your store in various ways. You tend to get tiny increments of the game’s cash-based currency for completing the missions, which makes buying the cash-based virtual goods more tempting. 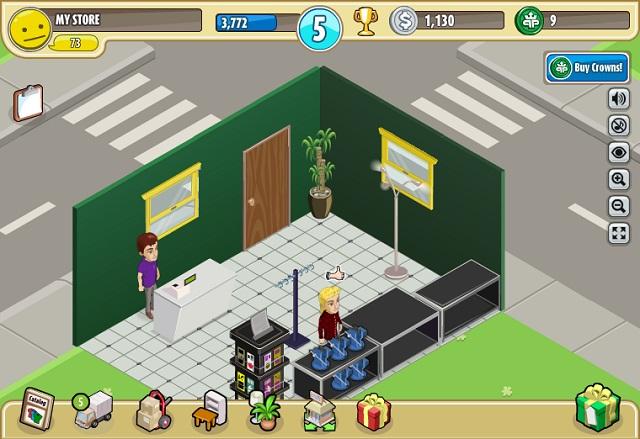 One uncommon feature Market Street offers is the ability to interact with customers as they visit your store. You can do this in theory in other retail games but it’s usually limited to social interactions like recommending a particular interaction. In Market Street you can help customers who are confused or try to act quickly to prevent a customer from shoplifting. If you notice customers reacting poorly to the types of merchandise you have on the shelves, you can try to expand your offerings so you can please more people. Over time, you can add more registers and hire your Facebook friends to run your registers. 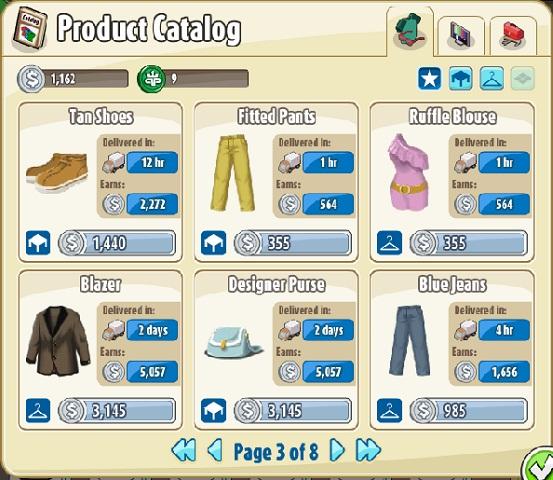 If there is any flaw with Market Street, it’s that it’s following such a well-worn gameplay formula. Once the novelty of selling Bench Vices instead of designer purses wears off, it is acutely clear that you’re playing a familiar old game. It’s an extremely well-designed version of that game, one with attractive 3D graphics and exceptional stability. It feels like Market Street could do a bit more to make its motif affect the gameplay, though, and hopefully we’ll see that in future iterations of the game. For now, Market Street is still plenty of fun, especially if you’ve had a hard time getting into the retail games that are already out there.