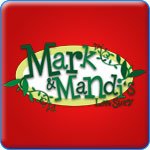 It’s a bit early for Valentine’s Day, but who couldn’t use a little romance? Mark and Mandi’s Love Story is a light-hearted "spot the difference" game that includes lots of simple mini-games like shuffled-image jigsaws and memory games. It’s a bit rough around the edges, and isn’t particularly challenging to start, but it’s the sort of game that grows on you as you play.

You first meet Mandi, who was starting to lose faith in love until she received a helping hand from a cupid. It’s a cupid’s job to grant love wishes, and this particular cupid decided to pair up Mandi with Mark. Mark and Mandi go through all the stages of their relationship as you play, starting off with casual dating, then moving in together and getting serious, eventually getting married, and finally starting a family.

There are four levels in Mark and Mandi’s Love Story, each representing a different chapter in their lives. In order to advance, you must meet all three milestones for that level. These can include romantic picnics, shopping together, or having a barbecue. You earn these milestones by using your wish points, which are the game’s currency. This is done by beating the various rounds. It appears like you’re spinning a dial to receive random rounds, but these are actually set in a particular order.

For nearly every round you play, you’ll start with a spot the difference game. You’ll be shown two pictures, and must click on the differences. You get unlimited hints, but they will cost you wish points when you go beyond your initial allotment. Random clicking will cause you to lose -15 wish points, so it’s better to use hints as you need them. When you start, this is ridiculously easy, but it does get harder as you go along. It never quite reaches “challenging,” but does get to a much more moderate level of difficulty, especially about 2 hours into the game.

You can earn combo points by spotting the differences in succession, without any incorrect clicks. The faster you finish, the more wish points you’ll earn. There’s no penalty for going over the time limit, so you don’t need to hurry if you don’t feel like it. There are power ups, which can be unlocked by buying creatures for your garden (more on that later).

You can toggle between “normal” and “hard” modes in the game at any time, by selecting the “options” button in the menu. Normal mode is straight forward. Hard mode shows you one regular image, and one mirrored image, so everything is flipped. This makes spotting the differences much harder, and a bit more frustrating too.

After the spot the difference game, you’ll play another game, which varies each round. These include shuffled image jigsaw games, where you are shown a small image of a proper scene, and must rearrange the picture pieces in order to form the correct whole. They also include “match making” games, where you are given pieces of the image, and must match them to identical pieces which are shuffled on the other half of the screen. There are also memory-style card games, where you try to make matches of flipped over cards.

For each level, there is a special red round. Instead of playing spot the difference, you are shown two different pictures, and must spot the similarities. It’s basically more of the same.

Once you’ve completed a round, you’ll be given your wish points. These can be used to purchase milestones which advance the game, or to purchase creatures for your garden. The creatures are optional and don’t serve much purpose, but they lengthen the game play, and also offer special surprises and power ups. You can move them around in your garden, where they are animated, and you can also find them in the spot the difference scenes for extra wish points.

Mark and Mandi’s Love Story is unique, and quirky. The art is hand drawn, and somewhat simple, but it has it’s own personality – kind of like the rest of the game. The story is fun to follow, without ever getting too deep or detailed. The music is pleasant and not too distracting, so you barely notice it after a while.

Unfortunately, because it takes a while for the story and difficulty level to pick up, it’s one of those games that seems to get better as you play. My first impression was that it was just simply too easy, and more suited for kids, although the story was aimed at adults. However, I changed my mind midway into the second level when things got a bit harder, and I was more interested in seeing how the romance panned out. This means playing through 2 hours of easy game play in order to enjoy the remaining 3 hours of good stuff (or more if you purchase all the garden critters). If you’re a person who plays games for relaxation, and doesn’t like competition, this might not matter to you. If you’re a person who likes to be challenged, it’s unlikely you’ll want to play for very long.

Mark and Mandi’s Love Story isn’t a case of love at first sight, so don’t expect cupids arrow to hit you immediately. It’s a casual game with a casual story, which is fun to play without being highly addictive or competitive. If you want a game that is strictly no-pressure, and have the patience to play for a while before making a decision on whether you enjoy it, than it’s a cute choice that offers something different than the usual hidden object mystery.