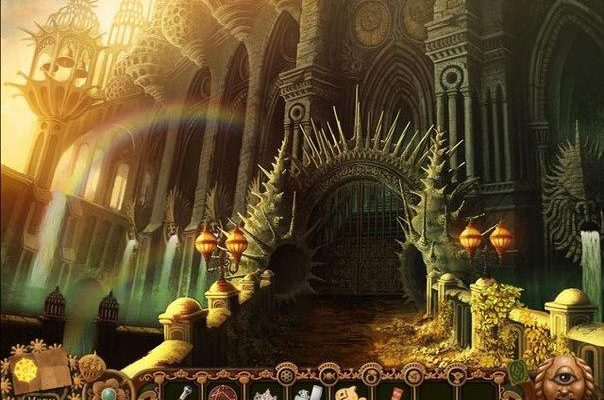 A mysterious town of mystery

Through the previous games in the Margrave franchise, we’ve helped Edwina Margrave search for answers about her family’s past. In this latest installment, however, we’re focused solely on the present, as Edwina must embark on a rescue mission to save the love of her life before he’s lost in a town that appears only once every 300 years. Along the way, you’ll meet lots of interesting characters and explore a slew of lovely environments, but the game still isn’t without its problems.

Margrave: The Blacksmith’s Daughter begins with Edwina and her boyfriend Tom searching for Edwina’s friend Miss Thorn. They’ve arrived in the hills under the guise of seeing something extraordinary, but as the magical Town of the Cyclops appears with the rising of the sun, Tom is captured, and Edwina is left alone. If Edwina can’t rescue Tom before sunset on this day, the town will disappear, taking any hope of rescue along with it.

The majority of your time in The Blacksmith’s Daughter will be spent backtracking through some lovely locations, full of overgrown plants and flowers that have taken over the town over the last 300 years of relative inactivity. Most of the town’s remaining residents died long ago, with their spirits being transferred into Seer Stones. This gives you plenty of characters to interact with, each with a personality of their own and a purpose in the overall storyline (one, for instance, becomes your hint recharge meter). 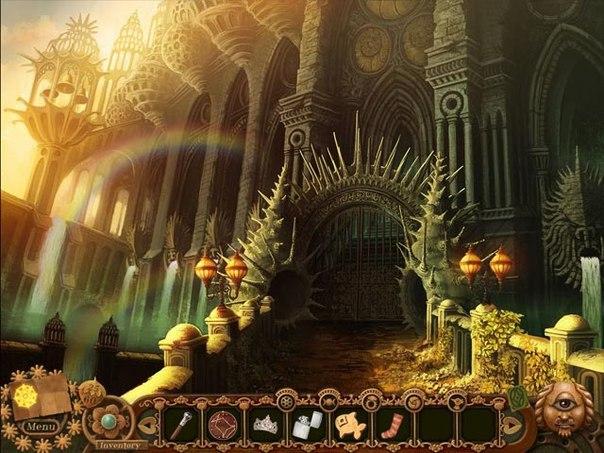 While there are a few hidden object scenes to complete, these are relatively few and far between, and are repeated multiple times throughout the course of the game. Thankfully, there’s enough attention to detail here that sees any found items remaining gone on subsequent playthroughs, and the hint recharge timer refills rather quickly on the game’s easier of two difficulty settings. That being said, many of the game’s environments come with a very soft color palette, so some items are more difficult to find than they would be otherwise, as details are equally soft, allowing items to really blend in.

The biggest problem with The Blacksmith’s Daughter is the massive amount of backtracking that takes place throughout the experience. As soon as you enter the Town of the Cyclops, you’ll be met with dozens of locked doors or otherwise blocked pathways, but you may not be able to interact with them until hours later, when you’re forced to trek all of the way back to the beginning of the game to finally solve their particular puzzles.

Speaking of puzzles, they’re relatively varied and range from standard tile sliding to pattern memorization, and even takes on Simon Says. The Dream Card feature makes a return here, giving Edwina a chance to awaken the Seer Stones from their lengthy sleep, as you’ll once again need to match symbols by combining the edges of two Dream Cards into one. After that, you’ll take part in a makeshift shell game, as stones containing symbols will shift randomly on the board, and you’ll need to memorize which stones contain which patterns as they move, only to match them again when they stop moving. These particular sequences are incredibly lengthy, as Dream Cards can only be matched in one particular order to actually complete the sequence, and the stones move rather slowly to give you time to track their locations. 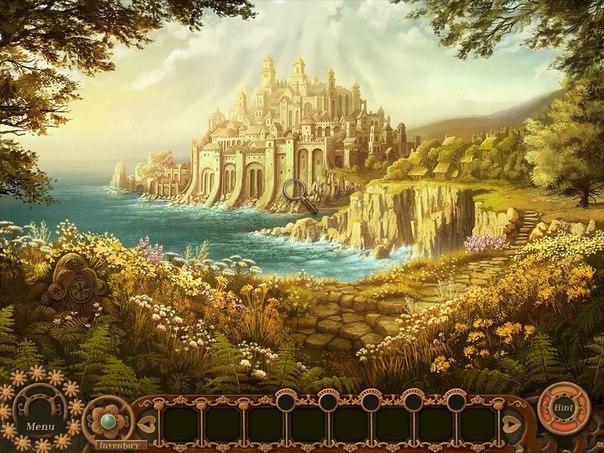 This slow pace is seen elsewhere in the game, as the entire experience can easily last five or six hours, mainly due to the ample amount of voice acting and cutscenes present from beginning to end. While the unnecessary backtracking is the game’s biggest problems, these cinematic cutscenes are a close second, as they contain mostly static images of that game’s actors with frozen facial expressions that are either unintentionally hilarious or simply unpleasant to the eye. These scenes are downright jarring, and even the high-quality voice acting can’t save them.

From start to finish, Margrave: The Blacksmith’s Daughter does a fine job of building tension and suspense as the hours count down to the town’s disappearance. The game’s secondary characters are mostly helpful and unique, so even though your inventory might become full of key objects, you’ll usually have someone to turn to for help (even if it’s the game’s incredibly long strategy guide). It’s unfortunate that much of the game’s length comes by way of unnecessary backtracking, as the in-game promise of fast-travel never appeared (either through oversight or technical bug). If we could more easily travel between key locations, the game’s storyline would flow even better and become all the more enjoyable as a result. Still, this is a beautiful environment that shouldn’t be missed by fans of the previous games in the franchise.