Home / Reviews / March of Empires Review: A Game of Numbers 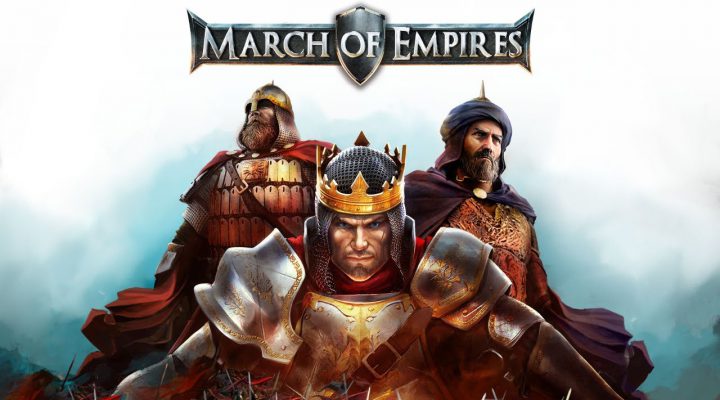 Solid strategy game, will certainly appeal to players who like combing over statistics than battling.

Little to offer player who are looking for actual gameplay.

Battles are calculated, can only watch them after they have ended.

March of Empires from Gameloft is one of the newest strategy games available on mobile devices, and over the weekend I spent some time building up an army and sending it out to conquer neighboring territories. War is hell, as it turns out, and in this case, a hell full of wait times and battles that leave much to be desired.

At the start of the game, I was given the option to select from one of three different kingdom leaders: a king, a sultan, or a tsar. Each faction has its own unique statistical advantages, so the decision is more than just a cosmetic one. Choosing to be a king, for example, grants players faster moving units and faster build times. Aware of the fact that I was probably going to have to deal with some wait times in March of Empires, I selected to be a king. 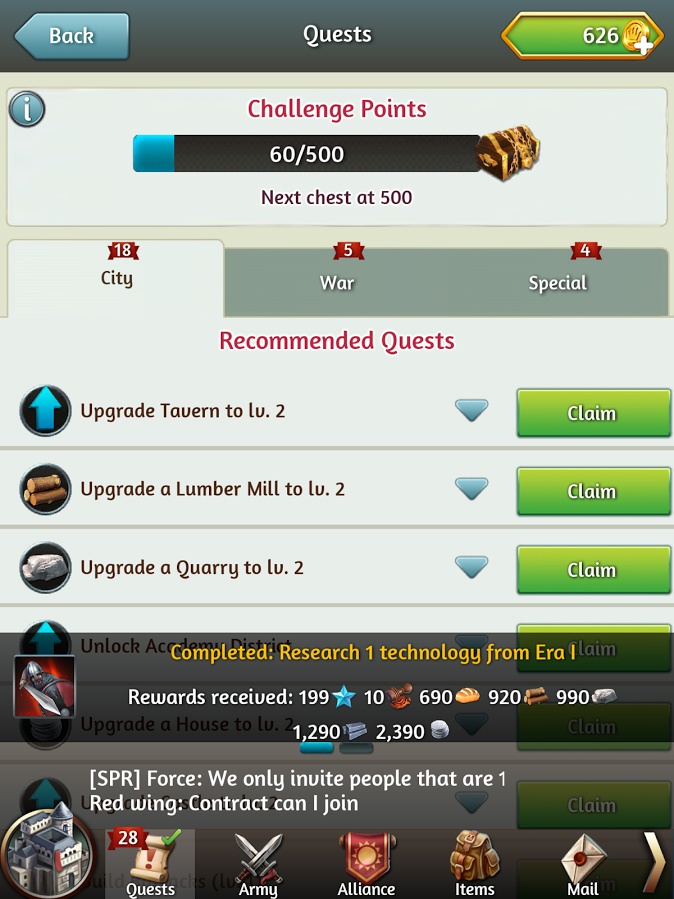 Initially, March of Empires paves the way for you to make upgrade after upgrade. In fact, the first ten minutes of the game I’m pretty sure that all I did was tap a building, select to upgrade it, and then use the courtesy upgrades that the game afforded me. The tutorial was merely ushering me from building to building, telling me to upgrade this and then that, and then this, and then that. I wasn’t learning anything about the game beyond how to upgrade things.

I was whisked around so much, conducting upgrades, that when the objective switched to “Win 5 Battles,” I was completely lost. Win battles against whom? Do I have enemies yet? Are these people on the map by me my enemies? I eventually tapped my way around my castle enough to figure out how to build troops and waited around for them to finish building. I also finally found a neighbor who was low enough to attack, but not too low that they were immune to my assault.

I was all pumped up, ready to go. I had my units aligned how I wanted them on the battlefield (more on that in a minute) and I was confident in my upgrades and my hero unit’s ability to lead. It was time for war! 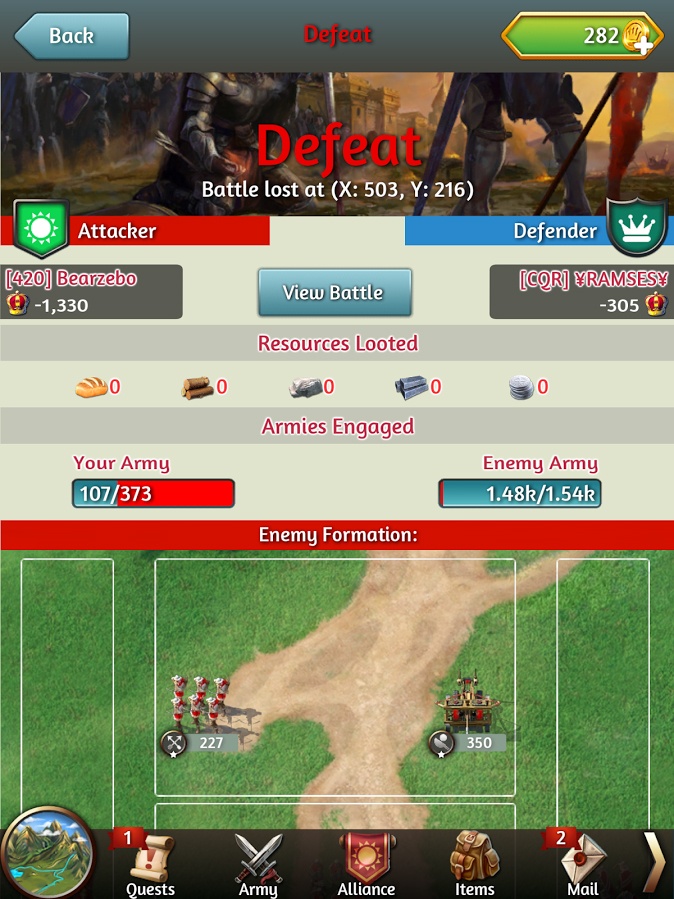 I hit the button to launch my attack, watched my little army walk across the map, watched them walk back, and a little window popped up telling me the battle was over. I remember staring at my screen, trying to process if I had just blacked out and completely missed the battle. I tapped around for awhile and figured out how to look at battle reports. I pulled up the most recent one (turns out I won the battle) and I was given an entire breakdown of the numbers involved in the battle.

Now, one of the cooler things about March of Empire is that the game allows you to select how your troops are positioned as they march into the battle. The battle report I was looking over gave me the ability to see how my opponent arranged his troops and a reminder of how I arranged mine. I was also able to watch a replay of the battle — something I figured I’d get to see in real time. I watched my cavalry run in, tearing into my opponent’s archers, after which my infantry moved right on in to take down their hero unit.

It was an easy battle, but because I knew how it turned out before even getting to watch it unfold, there was absolutely no tension or excitement to be had. After all that waiting and planning, I wasn’t even given the satisfaction of watching my soldiers fight in real time.

March of Empires is going to be enjoyed by people who love reading number charts more than they do partaking in actual gameplay. It’s certainly a strategy game, and a good one at that, with some solid depth to the types of decisions you can make. But ultimately, it lacks the gameplay I look for in a game, and its underwhelming battle presentation is enough to discourage me from wanting to continue playing. My empire is going to have to march on without me.

The Sequence Review: Puzzle By Numbers