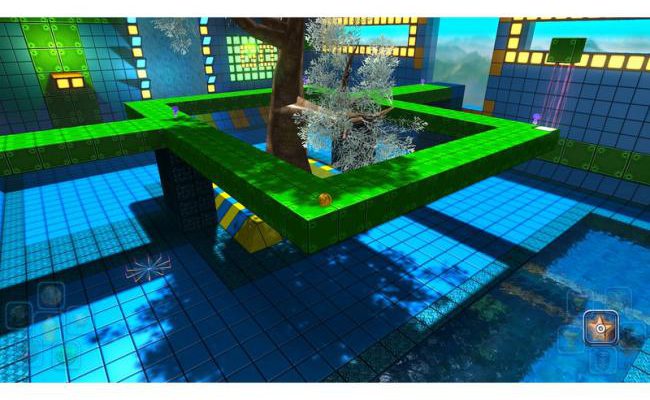 Marble Arena 2 reminds us that, when it comes to free games, sometimes you get what you pay for

Marble games have been around for years now. Many people think about games like Marble Madness fondly, both as an arcade game and later on the NES. Not that long ago Marble Blast Ultra was on the Xbox, and we’ve had Super Monkey Ball on various Nintendo systems for years. Marble Arena 2 takes the same rolling round gameplay and drops it on the Mac App Store.

At a very basic level, Marble Arena 2 is about rolling your marble around various three dimensional levels, grabbing stars, navigating obstacles, and looking for the exit. You’ll play though level after level, gaining points to upgrade your marble and can even go online to do some battling against other people.

The marble spins and moves well, and reacts to different kinds of terrain. For instance, you’ll get good traction on asphalt and barely any on ice. After some practice you can get a pretty good control of swinging it around, and the texture on the marble really serves as a good guide on how it’s going to act.

Sadly though, that leads into the real problem of Marble Arena 2; the communication. I’m not sure I’ve ever seen anything be less of a tutorial than what this game calls a tutorial. At no point are you told what the controls are. At no point are you told what to do. Nothing in the game is explained well. Telling me to hit F1 for “keys related info” at the bottom of a pop up isn’t exactly being clear about showing me the controls.

Of course, you only get that message once you’ve already moved the marble to a floating question mark, which you’ve never been told how to do. After toying around I figured out that the mouse controls the camera and the marble is moved by the W,A,S,D keys. I then begin to roll forward to hit the floating punctuation which tells me to have fun, hit ESC to bring up the menu, etc. Exiting that, the marble rolls off the ledge because it still had forward momentum when it hit the mark. Now I’m way down below, no question marks, and some weird spinning things. No explanation, no nothing. Oh, and the exit to the level is back up on the ledge. Awesome. 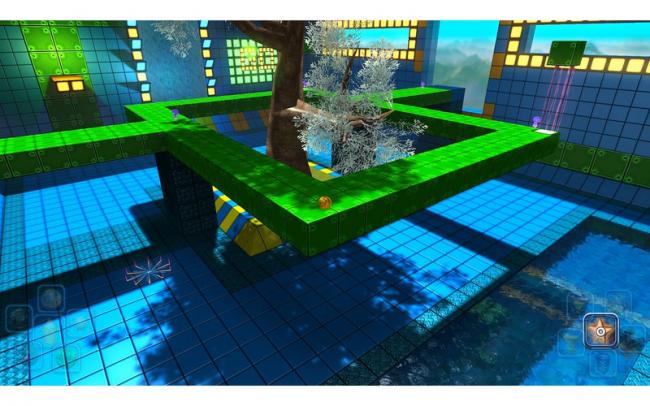 You see, the thing is that a tutorial is supposed to teach you how to play the game, and what they’ve given you is a few sandbox type levels to play around in first. Those should come after they’ve explained what the ground rules of the game are. Exploration without understanding is a tough sell.

There’s also a huge problem with the saving mechanic, in that it doesn’t auto save at all when you beat levels. Couple that with the fact that “Apple-S” doesn’t save, and the actual save button is two menu levels deep in the “options” section, and you can see that they could’ve made it a little friendlier. Especially since you need to beat each level to unlock the next. So forgetting to save, at all means you’ll be redoing stuff.

On the upside, there are a ton of levels to play through and lots of obstacles and power ups to keep things interesting. Problems and issues aside, the actual playing of the game once you understand it is rather fun, albeit rote. The game doesn’t try to break any new ground, but what’s here is fun.

At the end of the day you’re getting what you pay for. It’s hard to argue “value” when talking about a free game. Does it have problems? Sure. It’s a long way from perfect. But the physics are solid and some of the puzzles are fun to navigate though. All said and done, I’d rather be slightly engaged by a free game than disappointed in a paid one.