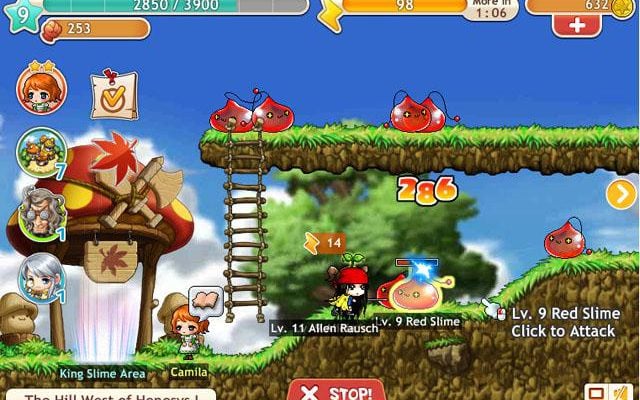 MapleStory Adventures is a Facebook spinoff of the hit free-to-play MMO MapleStory, using a similar visual style. The main difference is that MapleStory Adventures is more of a straight single-player RPG on Facebook, using social elements in place of true multiplayer elements. The game launches festooned with traditional MMORPG elements like crafting, pets, and quests available in tweaked, Facebook-friendly form. The depth of content is almost unprecedented in Facebook gaming and sure to keep players clicking away at monsters for ages.

You can opt to play MapleStory Adventures as a warrior or wizard. While choice of class is of paramount importance in a traditional MMO, in MapleStory Adventures it amounts to a flavor pick. Basic gameplay for both classes is essentially identical, with only slightly different skills separating them. Unlike most MMOs, they even can equip many of the same items and fulfill the same quests in basically the same way. This may be disappointing to MMO purists, but then again, MapleStory Adventures clearly doesn’t want people using alt-characters. 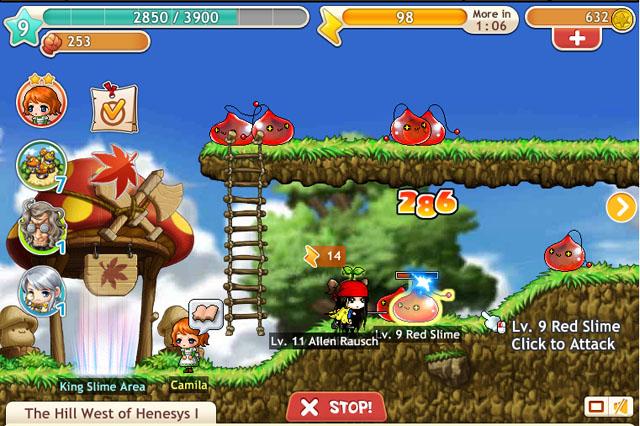 Once you’ve made your character you begin following quests, which slowly direct you toward different parts of the map and different play mechanics. Most combat quests ask you to slay monsters until you fulfill some quota, either of dead monsters or particular drop items from dead monsters. Most areas also have additional quest-givers who hand out challenges specific to the monsters in that area. Fulfilling them usually takes extra time, but lets you unlock special equipment and costume items (which change your avatar’s appearance without changing its stats).

Monsters in MapleStory Adventures are little more than piñatas filled with power-up delights. They drop coins (used to obtain upgrades), magic stones (used in crafting), energy-restoring items like lemons, mystery boxes that offer a random selection of items, treasure boxes you need special keys to open, and items from the collection set specific to each monster (think crop-based collectibles in FarmVille). Something about the rewards being so random yet plentiful helps keep combat satisfying, even though it consists of little more than clicking on the monster you want to kill. 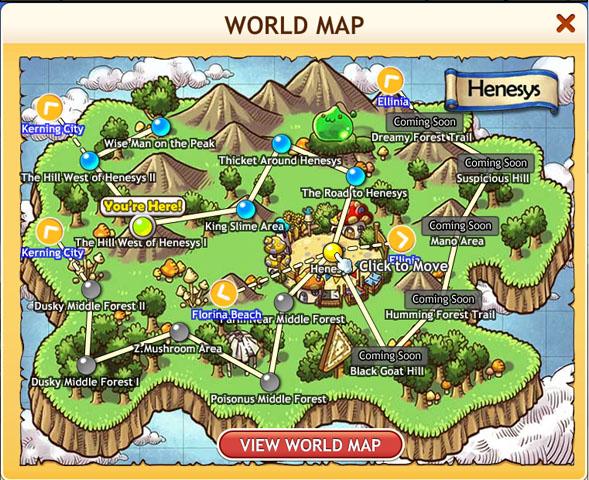 MapleStory Adventures is a surprisingly enjoyable game, despite being rather repetitive. Much of the combat gameplay is just roving from area to area, slaying monsters for a while before moving on. The presence of additional game mechanics to explore like crafting adds variety to the basic flow of the game. The game’s sprite-based graphics are also attractive and lend a certain charm, as well as the satisfaction of making your avatar look better and better as you gain levels. MapleStory Adventures has a lot to offer any fan of Facebook RPGs.