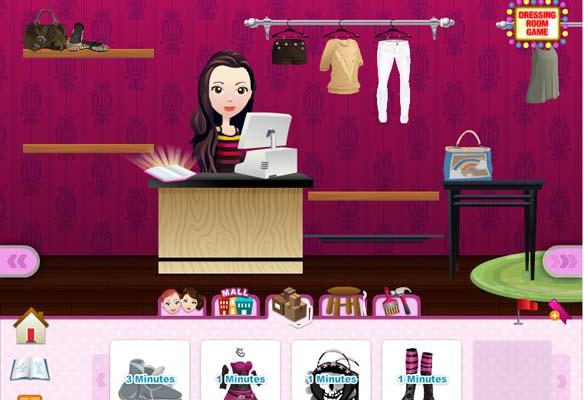 Mall World is a game about fashion. You sell fashion, buy fashion, create fashion for friends, create fashions in mini-games… you get the idea. It’s also very specifically a game about women’s fashion, so this is not a game to play if you expect to be able to create so much as a male avatar. The game only suggests inviting female friends to play it, unless you go out of your way to be able to invite people from your full list of friends. 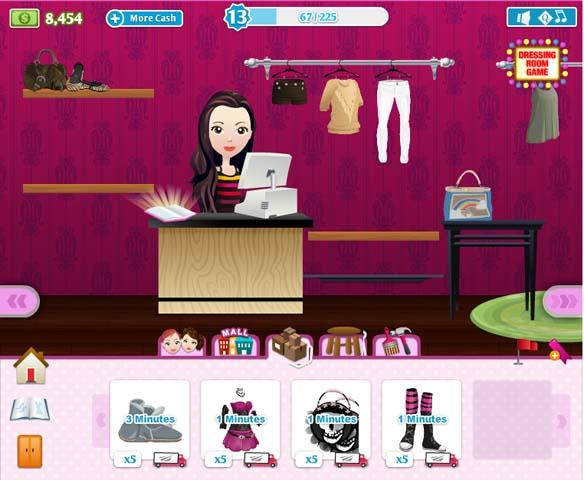 Most social games tend to be single-player experiences that are only social in that other people can help you. Mall World is kind of the opposite. It’s a giant social experience that’s lashed to a handful of game mechanics. The real emphasis in Mall World is on playing the game as a giant Facebook game of paper dolls with your friends. The sole purpose of the money you earn is to buy outfits for yourself or to improve the mall boutique you run so you can make more money. Avatars of your friends wander randomly through your store, inviting you to create and share new outfits for them. You can visit your friends’ boutiques and buy more clothes for your own avatar to wear, which lets your friend also buy more clothes. 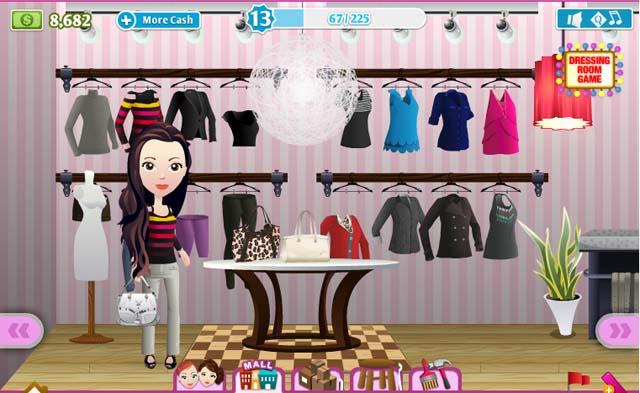 Mall World‘s actual game mechanics are a bit dull. You can clean up your boutique, play a timed outfit-making mini-game, decorate your boutique, and stock its shelves. You have experience levels, but I’ve yet to see your level influence anything. These are all processes so simple that they make the tile-clicking of Zynga game like Treasure Isle seem like an Xbox game. There’s nothing really bad or poorly-implemented about them, but the longest part of any given Mall World game session that’s not spent interacting with friends will be waiting for stuff you’ve ordered for your boutique to be delivered. When you step outside of the game’s paper dolls aspect, it’s nominally more interactive than Progress Quest. 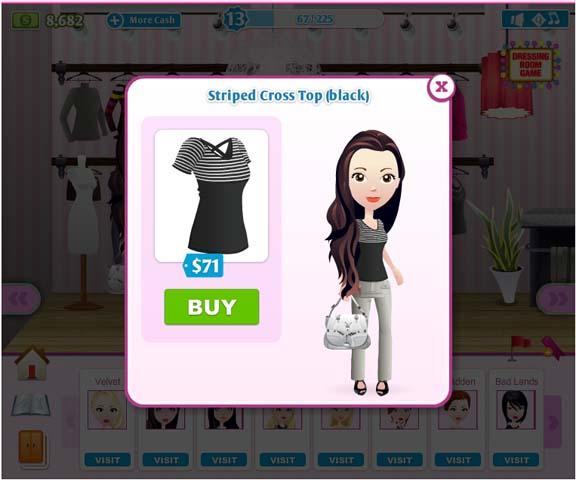 Playing Mall World is mildly entertaining in its own right, with the promise of great fun if you can get enough Facebook friends interested in playing paper dolls with you. The game runs well and nothing is, strictly speaking, wrong with it. Right now, though, it’s a game that offers little to a player that’s not primarily interested in socializing with friends. Some more emphasis on game mechanics could make Mall World a lot more interesting. For now, there are certainly worse things you can play if you’re really interested in the idea of dressing up avatars on Facebook.