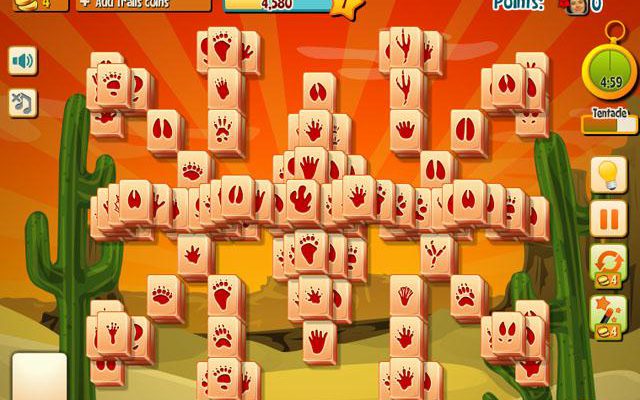 Mahjong Trails applies the formula currently popular for Facebook puzzle games to the old computer puzzle version of mahjong. The game contains several areas, each with a variety of different tile layouts. The rules of the game are the same as always, simply asking users to match all of the tiles before five minutes is up or before it becomes impossible to match more tiles. The game usually offers players one free reshuffle of the tiles, but it’s not long before levels become very difficult to clear within the time limit. The real point of Mahjong Trails is to amass a higher score than all of your friends who play the game.

The visuals in Mahjong Trails are competent enough, but understandably basic. You can purchase backgrounds for the mahjong levels, with the tiles themselves otherwise adding most of the visual interest to the gameplay. Since Mahjong Trails is timed, the game actually awards you more points per match if you play with tile sets that it considers more challenging. For instance, in the basic set it’s very easy to tell all of the various times apart, but later you unlock a more difficult tile set where the icons are simply different types of animal footprints rendered in a single color. 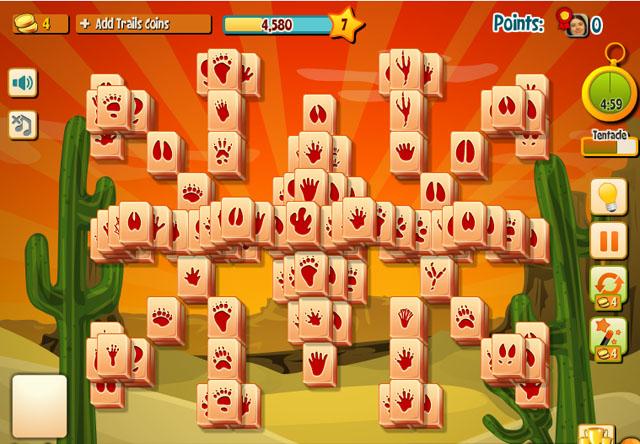 An interesting feature of Mahjong Trails is that you don’t actually have to beat a level in order to move on to play the next one. The game offers rewards to players who try to clear every level, replay levels to beat their high scores, or just play levels until they can beat their friends’ high scores. Still, how you play the game is ultimately up to you. This keeps any particular level from growing stale or feeling excessively hard. Levels you’ve already beaten have some replay value, as it’s worth your while to replay them once you’ve unlocked or purchased more valuable sets of mahjong tiles.

A downside to Mahjong Trails is how you unlock new sets of levels. The game has a world map that’s divided into different areas named after real-world locations, like North America or Europe. Each area contains so many new levels you can play. Unlocking new levels requires that you have so many friends invited into your game or that you pay for them using cash-based virtual currency. You can earn enough as bonuses to pay for early regions, but eventually you will be forced to either spend money or spam invites at your friend list. 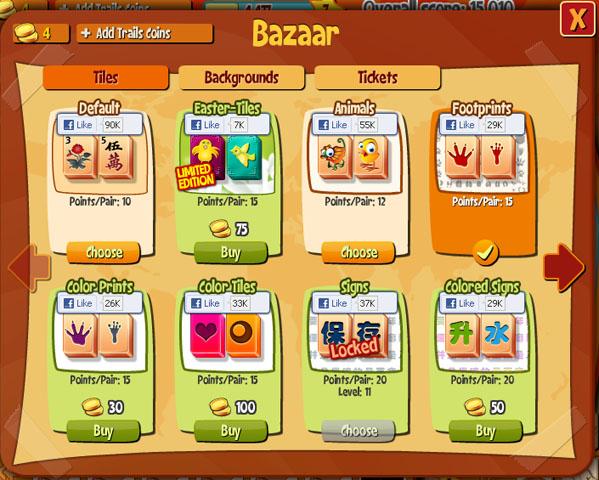 In general, the biggest problem with Mahjong Trails is how aggressive the game is about wanting to get you to spend money. From the first level you can buy the best tile sets in the game for $5 or $10 each. Every background costs real money, leaving you with the default if you don’t want to spend. Eventually you may have to pay just to get more levels. Mahjong Trails is otherwise an excellent social version of mahjong that is well worth the time of any fan of the game. It’s just hard not to be put off by the feeling that the game is desperately trying to squeeze money out of you.