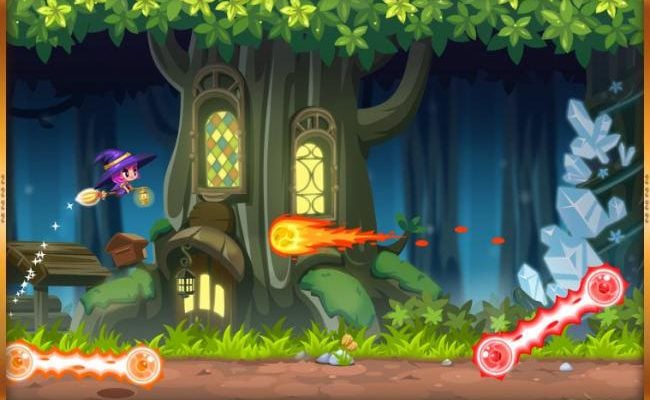 Magical Ride is fun for a while, but it’s no fairy tale.

A witch’s greatest enemy is not a dragon, a manticore, or even an animal control agent looking to tag and haul away her black cat. No, a witch’s worst enemy is gravity, that grumpy old force of nature that already has big issues with humans flying around in machines and isn’t a big fan of magic girls whipping through the air on broomsticks. Time to stop letting gravity push you around. Magical Ride for Facebook is an endless running/flying game (think Jetpack Joyride) that pits you against gravity’s inexorable pull—not to mention fireballs, ghosts, and electrodes.

In Magical Ride, you’re a young witch who needs to prove her flying skills by barreling through a treacherous forest for as long as possible. Pressing the mouse button lifts you up; releasing it drops you down. There are lots of hazards capable of knocking you off your perch, including electrified barriers, fireballs, ghosts, and griffin-shaped bolts of lightning. Fortunately, you can collect coins to buy power-ups (but not until you reach Level 5). You can also grab “Transformation Cubes” to turn yourself into a pretty unicorn that can leap over hazards. 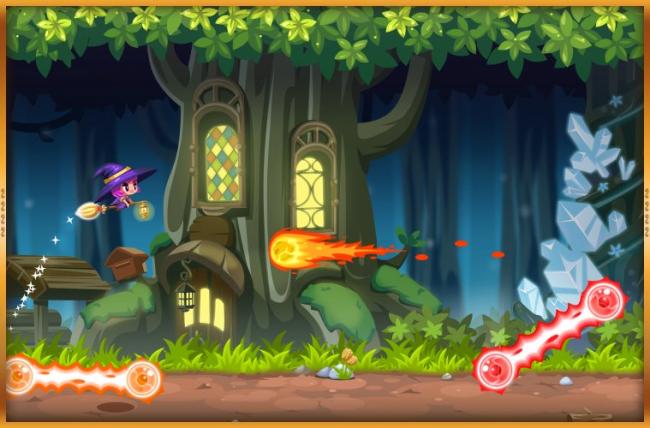 Magical Ride is easy to pick up and play, which grants the game undeniable appeal. Endless runners are popular because it’s fun to push your reflexes to the brink, and Magical Ride certainly does that once it really picks up steam. However, your witch avatar feels a lot heavier and more sluggish than most of the fleet-footed antagonists that populate endless runners, which makes safely navigating the randomly-generated electrode patterns a near-impossibility by the time you hit 2500 meters or so.

Also, Magical Ride operates on a life system. One game costs one heart, and one heart is refreshed every ten minutes. It’s easy to blow through your hearts in five minutes (especially if you have a bad start and deep-fry yourself on the first electrode the game throws at you), and then you’re potentially stuck waiting for an hour before you can play again. The necessary wait really kills the game’s momentum. You can spend hard currency (diamonds, in this case) to buy more hearts, but refills are costly and freebies are nonexistent. 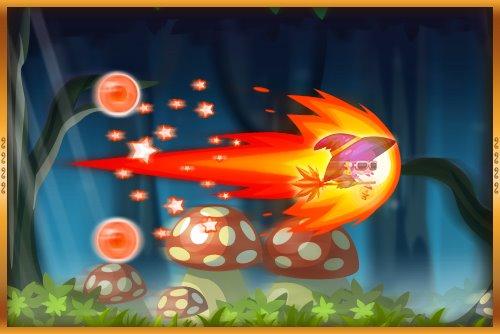 Magical Ride isn’t a bad game, though. Its saccharine anime-style graphics are adorable, and it’s hard to avoid playing an endless runner over and over, regardless of how burned out you think you are on the genre. It’s just a shame that the game makes it so hard to keep playing.