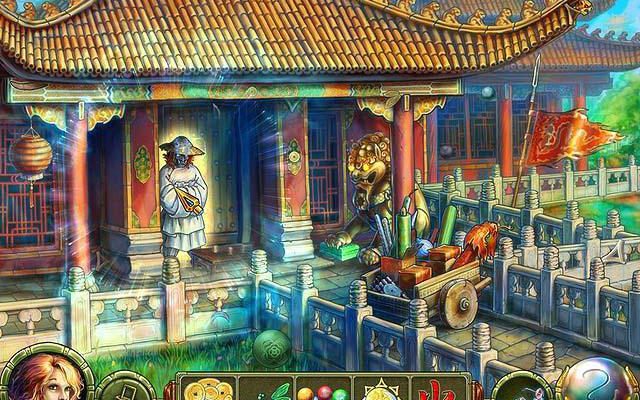 After scoring a pair of hits with 2008’s hidden object adventure Magic Encyclopedia: First Story and its follow-up, Magic Encyclopedia: Moon Light, Alawar isn’t resting on its laurels with the third game in the series. Magic Encyclopedia 3: Illusions introduces a fresh new graphical makeover and a unique approach to seek-and-find that has you switching between two different layers (one real and one an illusion) to uncover all of the secrets a scene has to offer.

Catherine, the magic academy’s best student, is dutifully studying at the library when she gets an urgent message from her professors via crystal ball. A villain named the Illusionist has stolen an important book from the academy and escaped, leaving a trail of illusions to cover his tracks. The illusions are so powerful that not only have they trapped the professors, but they’ve disguised the surroundings so that it’s almost impossible to tell the difference between what’s real and what’s fake. 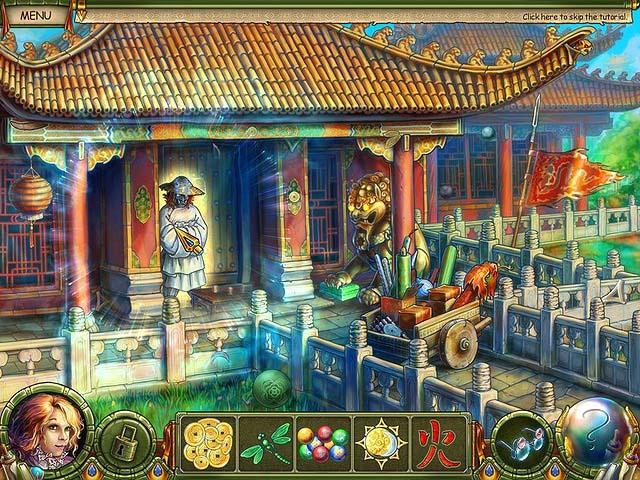 Magic Encyclopedia 3 follows the same tradition as previous games in the series in that you aren’t simply searching scenes filled with random clutter for a list of arbitrary objects. Rather, you’re looking for pieces of key objects that you have to put back together in order to solve puzzles. In one early scene, for example, you have to open a drape by first finding all of the pieces of the drapery cord. Another challenge involves finding all of the pieces of a gear to repair on old clock, and so on.

The game’s first major departure is a purely aesthetic one. The graphics are still of the hand-drawn variety but they’ve taken on a more colorful and cartoonish bent that’s similar to the Samantha Swift games. For some this might be an acquired taste, but I found the visuals delightful.

The second twist relates to the gameplay. Because each scene has been doctored by an illusion, there are two ways to look at it (the illusion and the “real” version), which creates two layers to each scene with objects concealed in each. Many of the early puzzles involve manipulating the environment to toggle the illusion on and off, which causes hidden exits, items and other secrets to be revealed.

It’s a highly creative approach, to be sure – even if the game can’t keep it up across all five of its chapters. By chapter two you’ve acquired a pair of magical glasses that allow you to switch between the two versions of the scene at will simply by dragging them over different spots, which was a bit of a let-down at first even though the quality of the puzzles remains high right to the end.

Also clever is the way that solving a puzzle in one scene can affect another scene, like when turning a crank causes the water to drain out of a canal that can then be explored by walking one screen to the south. The ability to walk between scenes is part of the game’s fun, but is rendered slightly frustrating by the fact that exits aren’t always obvious. 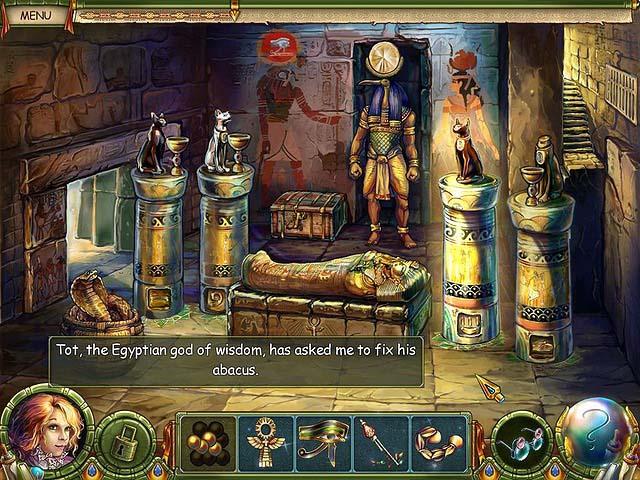 The game is quite challenging, and its recharging hints system is a bit of an acquired taste. At first I was frustrating by cryptic messages like “I need to look somewhere else” and “Perhaps I need to change the way I’m looking at things,” until I realized that these seemingly unhelpful messages were the game’s way of telling me that I needed to try a different scene, and switch to the alternate scene view respectively. Once I had that down, the hint system never let me down.

Magic Encyclopedia 3 comes with a full complement of mini-games too. They range from well-worn (re-assembling a broken mirror, cat’s cradle puzzles and memory games) to slightly more creative (dragging stars to form constellations), but to their credit, all the mini-games have been carefully woven into the story and gameplay. They can all be skipped after a short amount of time has passed, and you get a fanfare whether you’ve legitimately beaten the mini-game or not, which seems a bit like cheating.

The game spans five chapters, each set in a completely different location composed of multiple scenes. None of the places you’ll visit are terribly original ( Egypt, China, the Lost City of Atlantis, and so on), but what the locations lack in originality they more than make up for with style and clever puzzles.

Magic Encyclopedia 3: Illusions should satisfy fans of casual adventure games who enjoy searching for “fractured” objects that all have a purpose rather than laundry lists of random clutter. And while the game does have a satisfying ending, the door is left open for even more adventures to come.