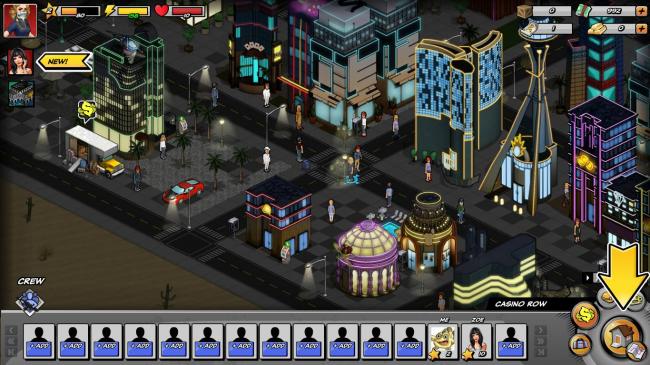 Goodfellas, street toughs, and knock-around girls have once again taken to the virtual streets in this sequel to one of social gaming’s most popular pastimes. Mafia Wars 2 is a significant departure from its predecessor, but does it make gamers an offer they can’t refuse?

Those who’ve invested time into the first Mafia Wars may be taken aback by the changes in Mafia Wars 2. Rather than perusing menus in a text-driven RPG, Mafia Wars 2 puts players right into the action. We’re talking character sprites, real-time exploration, flashing neon environments, and entire areas for your avatar to trample under foot. Mafia Wars 2 trades in statistics-style gameplay for a true adventure approach.

This is likely to be the first hurdle for veterans of the franchise. You’re either on the bus or you’re not. Newcomers and players willing to adapt, however, will find an experience every bit as deep as the original game, with the added bonus of a presentation and gameplay style that are exciting and immersive.

Additionally, Zynga has done a much better job this time around of easing players into the experience. The handholding is helpful without feeling oppressive, and progress is wide open whilst still sitting comfortably within the confines of a story driven adventure.

Mafia Wars 2 will have players lay claim to turf, construct businesses, and whack out rivals, both non-playable characters (NPC) and actual player characters. There are currently four main areas to explore outside of your own turf, as well as the Bone Yard, a place to pick fights with other social gamers in order to earn tokens to purchase unique items.

Battles with NPCs and other players are turn-based. You click on an avatar to take a stab/punch/shot, they return the favor, and you repeat the process until only one of you is left standing – it’s simple but fun. Combat and other actions require energy, and at the outset, it’s hard to get your fill of Mafia Wars 2. Before you know it, you’re out of energy and waiting to play again. As per usual, you can purchase more energy with credits that cost real money, but the value is hard to justify. 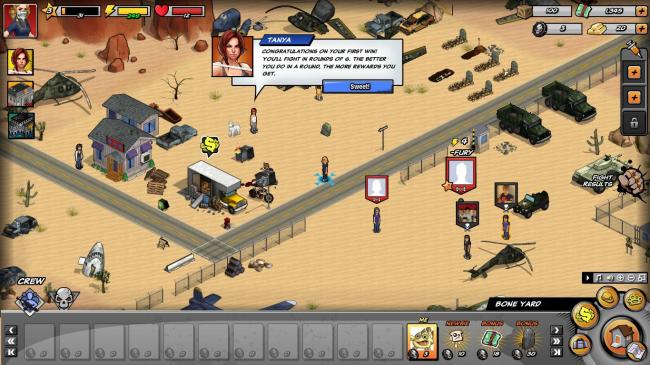 Regardless, Mafia Wars 2 is an extremely rewarding and entertaining adventure. The leveling system is addictive, with tons of great gear to acquire. The Bone Yard is a fun place to hang out, and when you’re done whipping up on rivals, you can have some nasty dessert by robbing their turf.

Zynga has been tremendously successful with this franchise, and it shows in the presentation of Mafia Wars 2. No expense has been spared when it comes to the game’s soundtrack, which offers a hefty variety of licensed tunes from different eras and genres. The sound effects are sparse but fitting for the gameplay, and though the individual textures lack detail, the art style is well executed.

Currently, Mafia Wars 2 is running a tad rough, likely due to its servers getting hammered by traffic. Don’t let that stop you from jumping into the fun, though, as I’m sure the kinks will be worked out in the coming days. There’s plenty of fun content, the social features are well implemented, and considering Zynga’s track record with the first game, Mafia Wars 2 will be an adventure fans can enjoy for a good, long while.