Maestro: Music from the Void Review 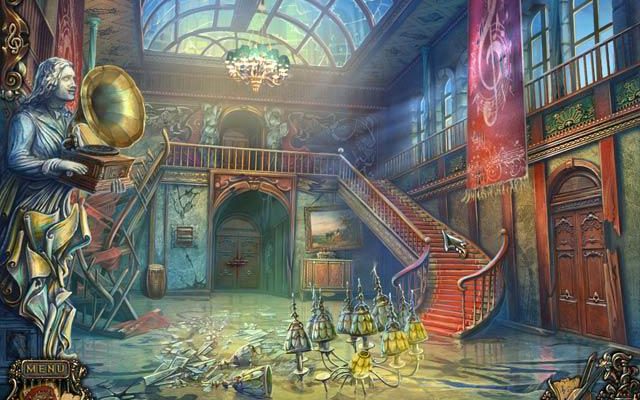 A game that leads you from puzzle to delightful puzzle with a bit of musical morbidity thrown in.

The Maestro series started off a little morbid with Maestro: Music of Death, then turned a brighter leaf with Maestro: Notes of Life. The third in the series, Maestro: Music from the Void, brings back the doom and gloom, sending you to Vienna to investigate the disappearance of two musical prodigies. Oh, also, there’s a smoke-like specter with skull faces lurking around. Keep an eye out for that.

We’ve seen crazed mystics and madmen of all varieties in our adventure games, but now it’s a killer violinist ghost! Or is it? That’s your job to find out, as the game opens you see an entire classroom cleared as a mysterious force swoops in and takes the students. A cloud of smoke envelopes the school, originating from portals that glow in the dark halls. What exactly is going on here? Again, that’s why you’re around! 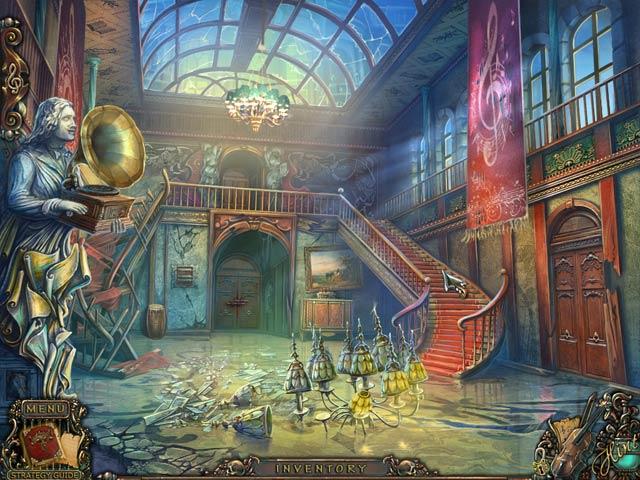 Maestro: Music from the Void is a solid adventure game that makes liberal use of puzzles both big and small. Exploring the school and surrounding areas, you’ll pick up items and interact with scenery by clicking the mouse, and if something looks a bit incomplete, you’ve just discovered something that needs solving! Puzzles are constructed in a straightforward manner where one item leads to another which eventually leads to a missing item you immediately know where to place. It’s almost too easy to figure out in some instances, but the game never hands you the solutions, you still need to do the legwork. Mini-games are also used with liberal abandon, but everything is so brief and well-tuned (music pun!) you’ll never get trapped or frustrated, even when the challenge rises a bit later on.

The hidden object scenes are endlessly interesting in Maestro. Instead of lists of items, you have a small selection of silhouettes to search for. But what’s shown at the bottom of the screen isn’t everything you need, and in order to gain access to other objects, you’ll have to solve some mini-puzzles. So, for example, there’s a dark area you can’t investigate, but you know there’s something there. Conveniently located above is a lantern, but the lantern needs something to make it glow. Again, nearby is a firefly, and since you happen to have a bug catching net in your inventory, well, the solution writes itself. It’s not so much about identifying the items as it is figuring out what to do to get them, but the level of satisfaction is quite high for such simple puzzles. At the end you get a single key item for your troubles, and the adventure continues! 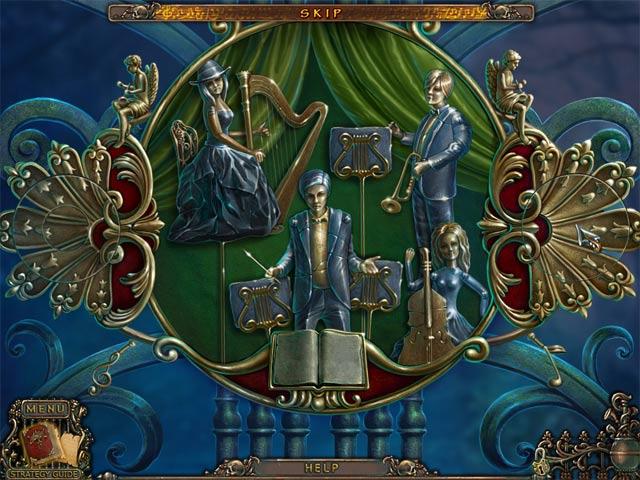 From a technical standpoint, Maestro: Music from the Void doesn’t miss any of the high notes. It’s easy to play and everything is responsive, from the mysterious mini-games you get to play around with to the hint system that always knows where you need to go. This, coupled with some surprisingly realistic animations make Maestro an easy game to sink into, even if the gloomy atmosphere isn’t something you normally go for. There are also plenty of extras in the collector’s edition as well as an ongoing orchestral item hunt that powers the strangely captivating group of skeletons known as the Orchestra of Void.

Maestro: Music from the Void plays the adventure game genre like a fiddle, building itself around a solid core and doing everything just right. It’s one of those games you’ll effortlessly continue to play, even though it doesn’t deviate from the formula that makes the genre a bit predictable.