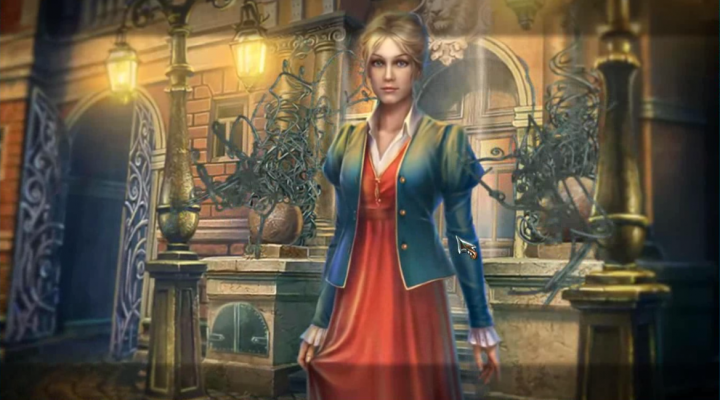 As skulls bloom in the opening animation, I can’t help but think to myself, “Oh no. Here we go again.” It’s unfair, perhaps, to judge a game by its opening sequence, but, then again, intuition exists to keep us safe. Maestro: Dark Talent strikes a sour note from the opening refrain, and despite its devotion to its theme, it never manages to carry a tune. Created with the kind of unflinching certainty normally reserved for the likes of “Death Bed, The Bed that Eats People,” Dark Talent’s creators never waiver from their off-beat subject. Unfortunately, devotion to a story no matter how ridiculous can’t make a game entertaining. Being a game, it needs to honor the basic tenets of the game’s genre. This is the main source of Dark Talent’s dissonance. 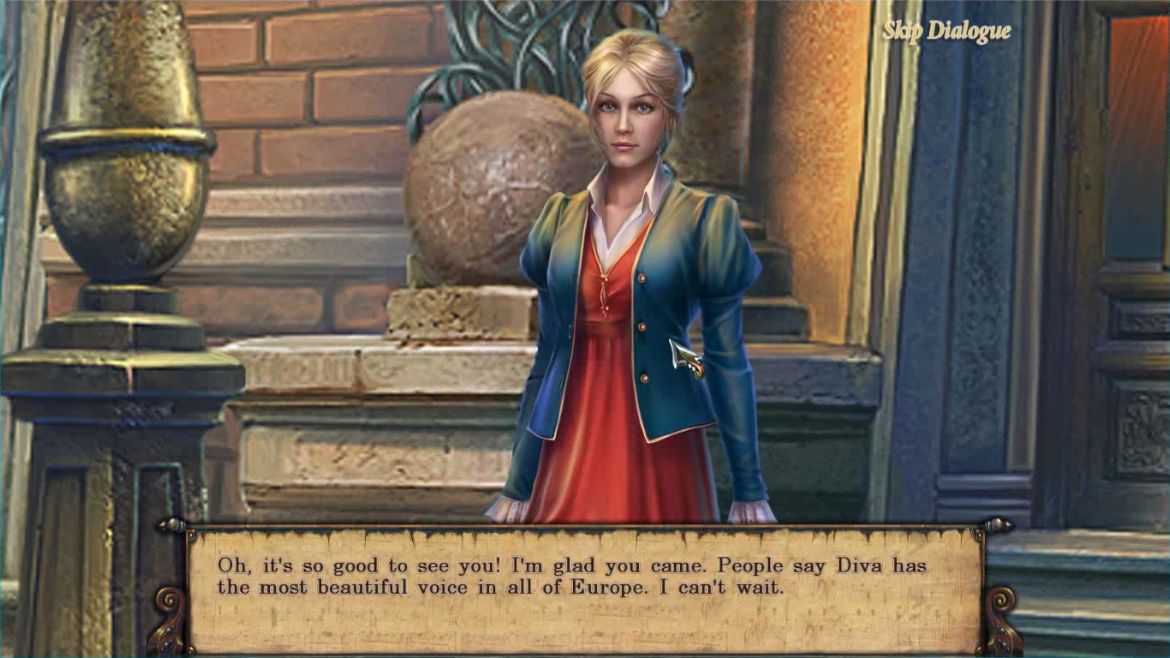 Let’s break it down note by note. First, there’s the story. Ghouls raise a skeleton from the grave with a gravelly command, “Rise, Diva.” Do they possess a living songbird? Nope. They dig up someone who’s so long in the grave she’s nothing but bone. My first thought, “Boy. Is Adele going to be pissed.” Seriously. Isn’t the music industry tough enough without waking the dead? Worse yet, this diva kills. Literally. Instantly, I question the origin of all her good press when no one lives long enough to sing her praises.

Despite early twinges of apathy, I press on with plans to ignore the story and focus on the gameplay. Not possible. A key interaction in the game is clicking on characters to trigger story moments. Unfortunately, these are poorly acted and the characters’ reactions rarely mirror the horror of their words. This elicits more than one involuntary giggle as characters greet me with pleas for help only to be snatched up *after* I’ve come to their aid. It seems ghoulies and ghosties are everywhere, and each character interaction ends with creepy, bony faces and arms emerging from the walls to ensnare another hapless victim. 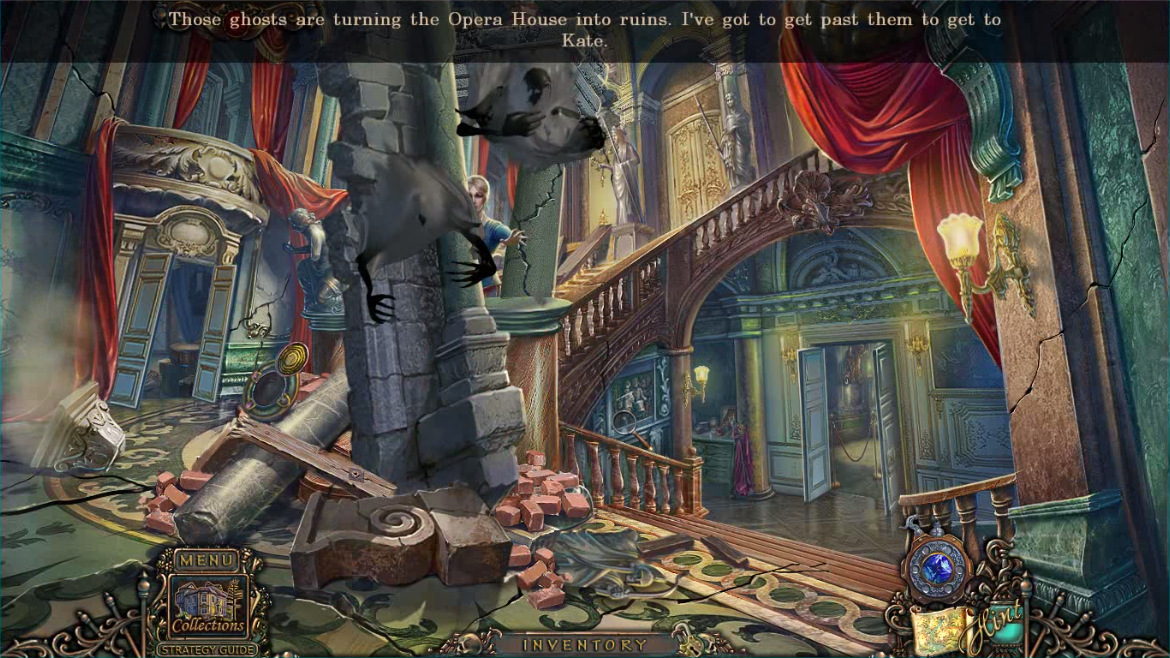 It’s not long before I come to the conclusion everyone in this game would be better off if I quit while we’re ahead. Unfortunately, the same can probably be said for myself.

Before we can talk about the gameplay, there’s the matter of basic functionality. I found the game buggy in the extreme. The hint function would stop responding, and though I could see it was fully charged, repeated clicking had no result. More than once, I had to fully exit out of the game and restart to get the hints to function properly.

This is a game where you need hints, so the absence of a hint function can render it unpleasantly unplayable. I also found inventory items would spring from my grasp mid-use. There I am, trying to find the mysterious click areas for a screwdriver, when it returns itself to the inventory. I can see there are more screws to unscrew, so I have no idea why it’s jumped ship. This is likely due to a flaw in the design. I often found it necessary to click multiple times to use an item which could have easily animated the complete solution after a single click. Contrarily, I would be interacting with a scene, and it would self-resolve and vanish before I could fully register what was on display. Because of this quirk, it was pretty difficult to surmise if a set-in scene had closed because I had completed my task or because I had clicked somewhere verbotten. 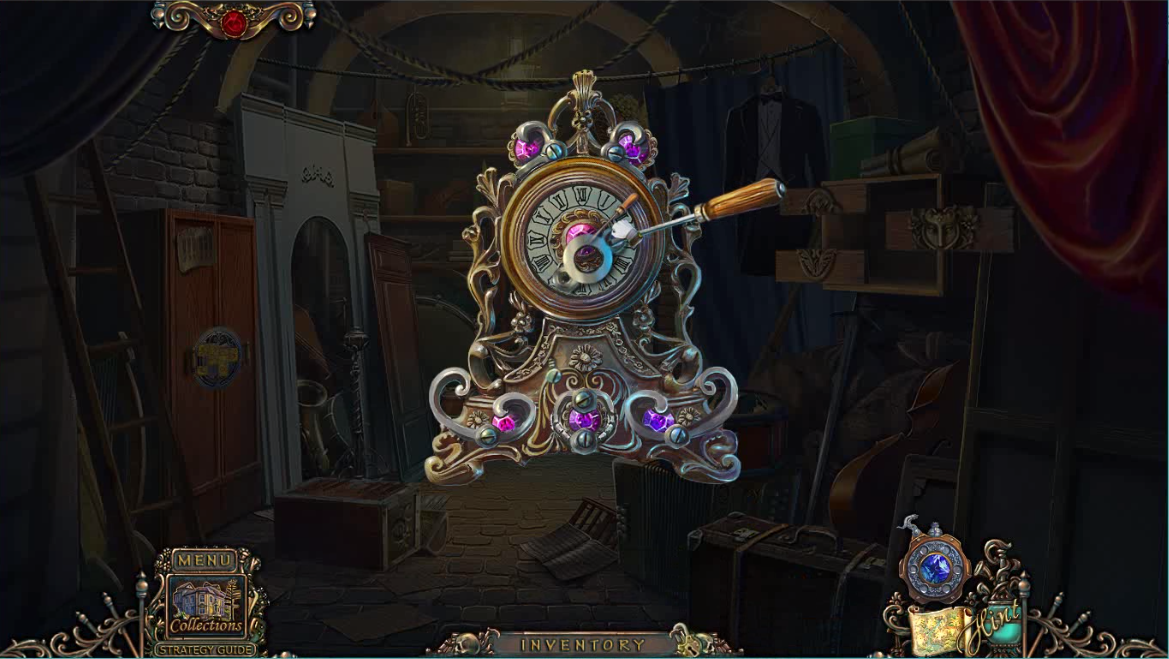 Which brings us to my biggest complaint by far:  the navigation. This is one of those no-brainers. The sloppiness of the map navigation is so unnecessarily cumbersome, I’m not sure how the game got released without a publisher insisting it be fixed. Navigation for a hidden object adventure game follows a simple recipe:

Maestro: Dark Talent has added complication to this simple set of rules. One must click on dots on the map to enlarge them. Then, and only then, does one discover what the location looks like and if it is unlocked, completed, or has executable actions. This means the more locations available, the more time spent on the map clicking dots to figure out if the location is unlocked and if so, if there’s something to be done at that location. More than once I found myself totally locked out of locations because an action in one location had triggered a cut-scene somewhere else in the game. All unlocked locations would be inaccessible until I figured out where the cut scene was playing before I could proceed. Simply maddening. 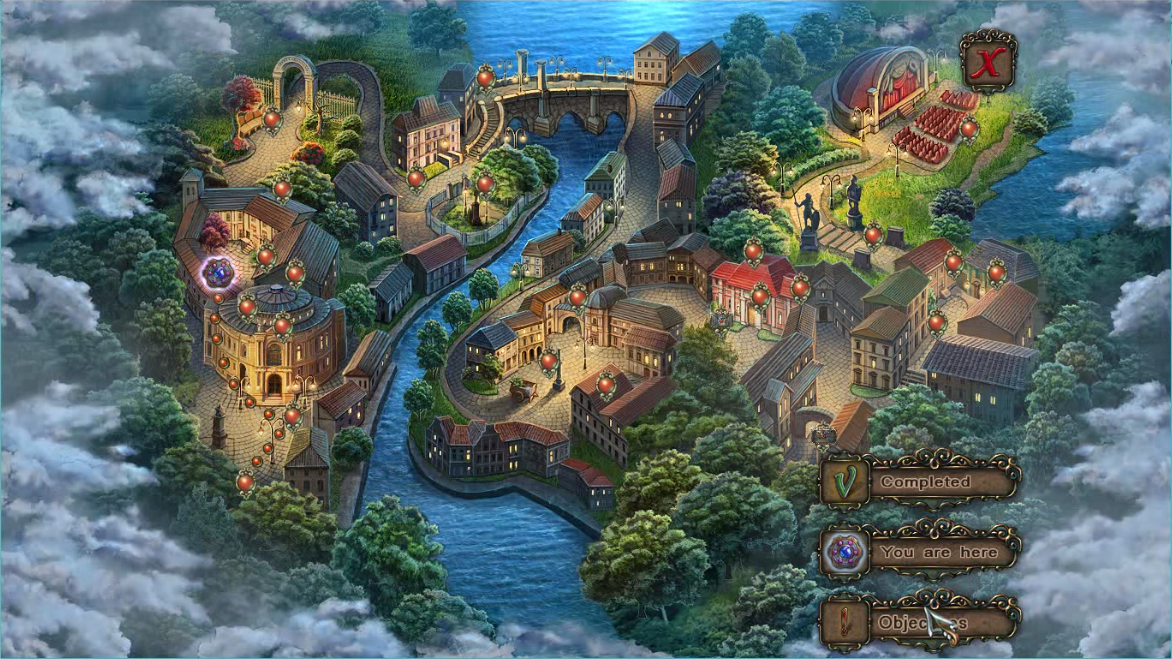 This bizarre habit of making even the simplest interactions illogical influences all aspects of the game. The logic puzzles are often unplayable, but not because of the complexity of their solutions. If anything, the solutions are too obvious. The issue is the puzzle interactions are typically an exercise in randomly clicking until you can figure out the awkward interaction required to move pieces around. By the time you do figure out the requisite order of clicks, you’re probably so frustrated you’ll start mucking about and back yourself into a corner. There are no reset buttons so this means backtracking or skipping the puzzles to escape. Puzzles should be challenging for one’s intellect, not one’s patience. 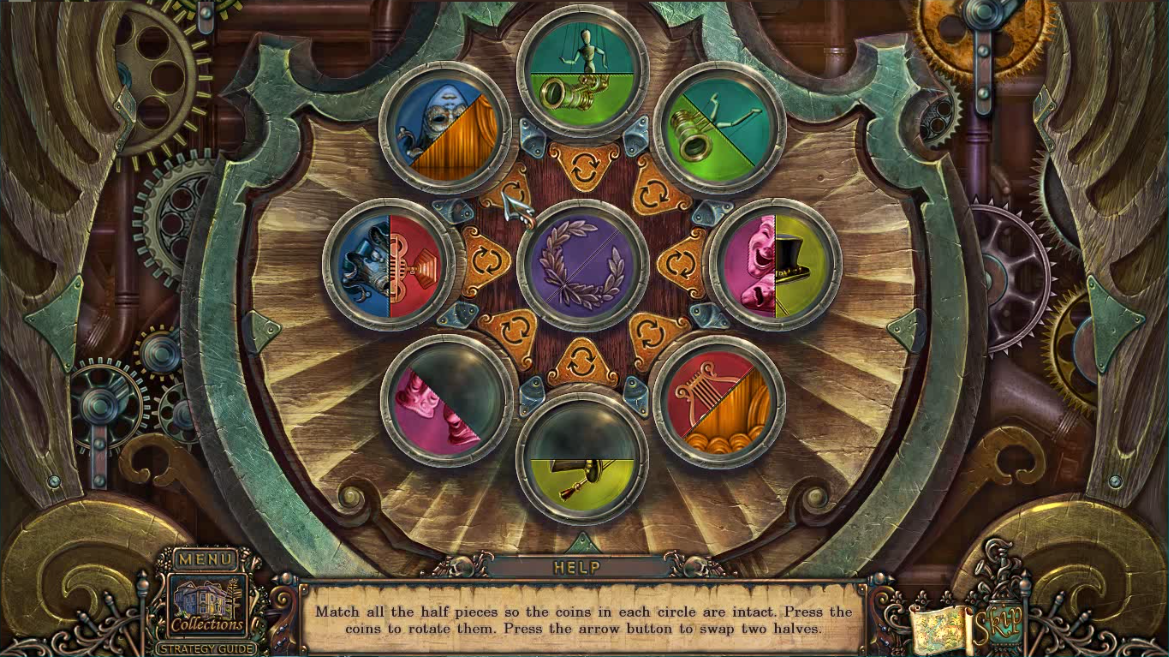 Maestro: Dark Talent may eventually find its rhythm, but I’ll never know. Though the map promises a full repertoire, I thought it was better to tune out before I got into any real treble. Don’t fret. It’s only a minor disappointment. There are plenty of other games out there likely to strike the right chord, so stay sharp.