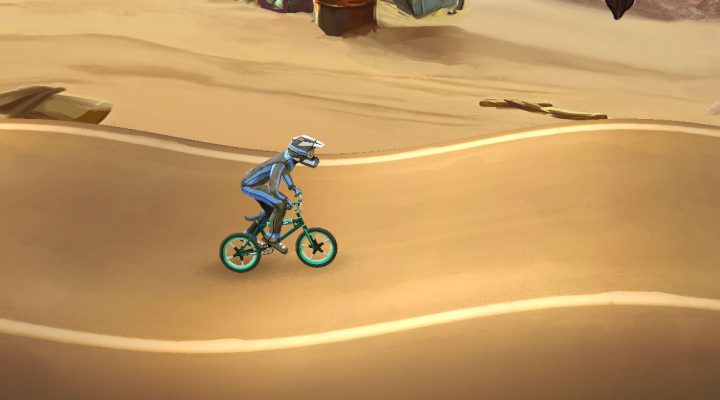 Controls are simple, and can be played with just one finger.

Plenty of ways to customize your bike and rider as you go.

BMX racing isn’t something most of us can just go out and do. It takes talent, athleticism and bones that aren’t old (though that only applies to some of us, granted). It would be a lot more fun if you could just do it with one finger, which is exactly what Mad Skills BMX 2 allows you to do. The simple controls, speed and graphics are all inviting, but some frustrations in the system of advancement bog things down just a bit.

A five-race tutorial circuit eases you into the moves you need to master your bike, and there aren’t a ton of them. With simple arrow buttons, tackling the tracks is a snap as you just tap and hold down when going downhill or over rollers, tap up at just the right time and tap down to land jumps faster and get back up to speed. Your rider pedals all the time automatically, no leg muscle required.

Every race in Mad Skills BMX 2 is a one-one-one, heads up duel with one other rider. While your time is important — and better times earn you more rewards — your number one goal is to beat the other bike to the finish line. Every region has multiple tracks, with a boss battle against a particularly tough AI opponent waiting at the end. Winning that can earn you a new bike, so they’re definitely crucial.

The bikes you already own can be improved as well, with speed, pump and jump stats that can all be boosted with the game’s standard currency. A nice variety of cosmetic upgrades is also unlocked as you play, so you can trick out both your bike and your rider’s gear as you see fit. 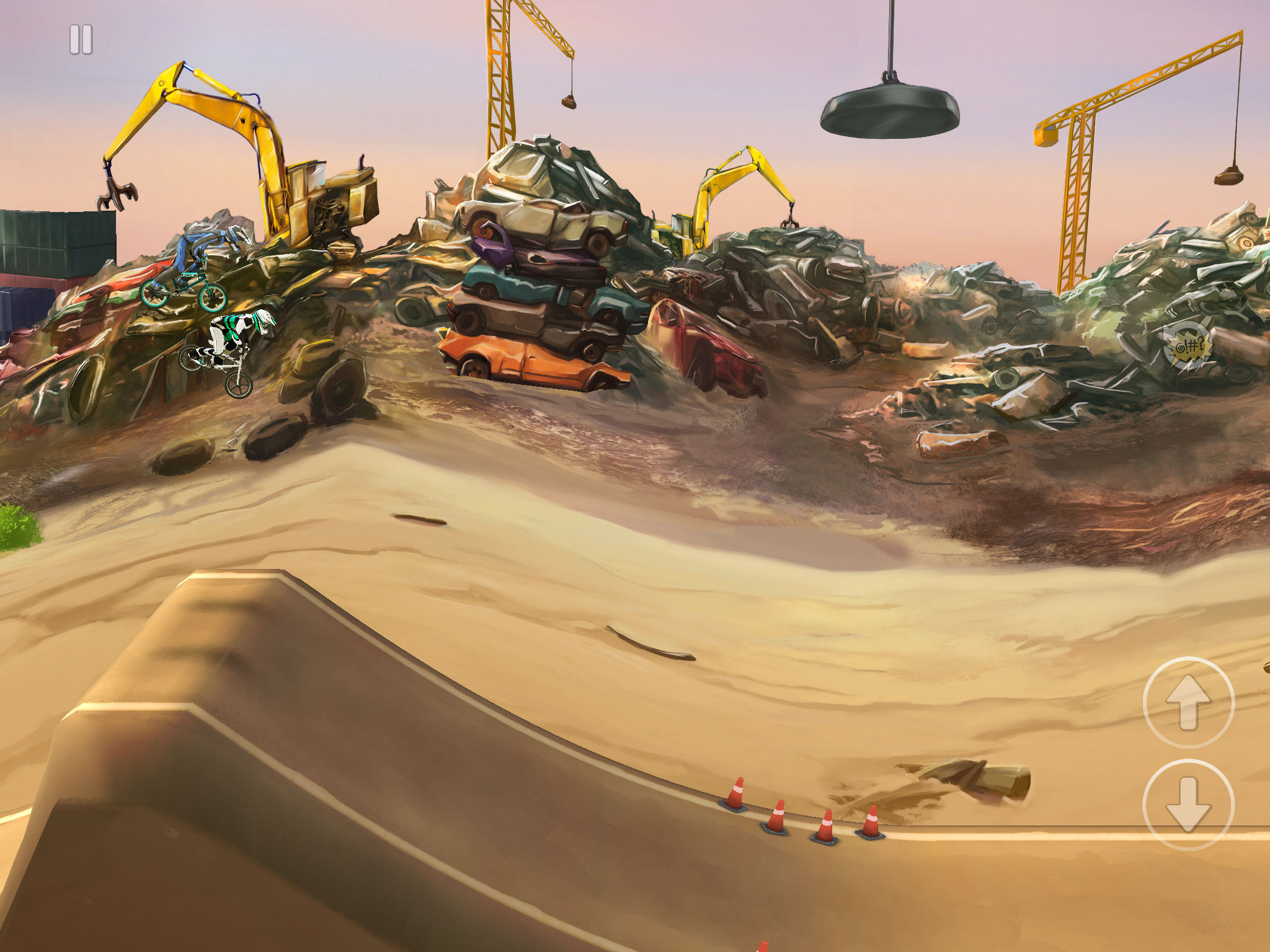 Bike upgrades turn out to be pretty important, because while you can defeat opponents with better bikes through superior skill, that only works to a certain point. Earning enough currency to make your bike faster can initially seem like a bit of a slog, but there’s an option to watch videos to earn more, and you can also go back and set faster times on previous tracks to rack up more on top of that. Alas, you’re likely to be bottlenecked at the boss battles, more or less forced to go back and grind through levels you’ve already beaten in order to advance.

Mad Skills BMX 2 is also very interested in selling you premium time, where you pay a few bucks a month to rid yourself of ads, earn more currency and XP for every race and get a new bonus track weekly. It doesn’t seem like a horrible deal, but it would be nicer if it wasn’t constantly in your face, and you’ll probably find out pretty quickly if you feel like it’s something that’s right for you. 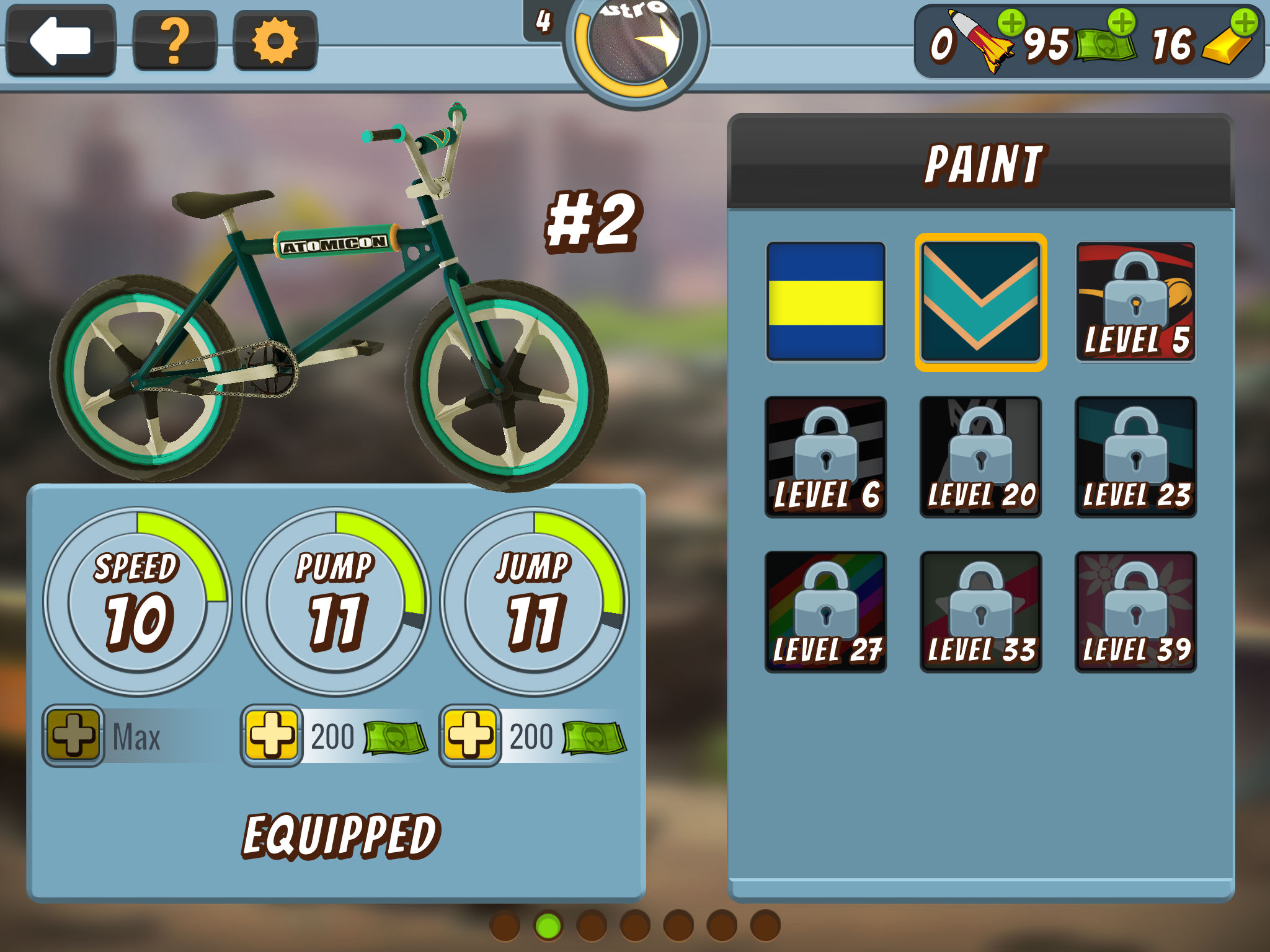 One thing the game could also do better is let you know about its asynchronous PvP races, which you’ll find in the Quick Play mode. These races allow you to take on the bikes and riders of other real players, but overall, they feel like a bit of a missed opportunity for a much more robust multiplayer mode of some sort.

That said, if you don’t overthink it or expect the world, Mad Skills BMX 2 gets the job done when it comes to quick, fun bike races that aren’t overly complicated. It’s fine for a quick action fix, as long as you aren’t stuck at a race you can’t pass, and as we said at the top, it definitely beats the wear and tear of riding bikes off ramps in the dirt in real life.