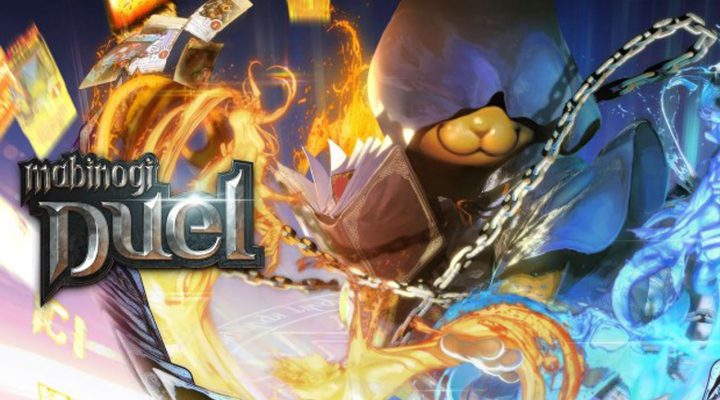 Plenty of game modes to participate in.

Way back in September, we spent a little bit of time with Mabinogi Duel after it soft-launched in Canada. We really liked it then, and most importantly, we still really like it now, after it has officially launched throughout North America. Mabinogi Duel has its problems, but they barely affect the actual gameplay, which is going to appeal to just about anyone who enjoys collectible card games.

Mabinogi Duel is a card game with a story based in a high-fantasy setting. There are elves, goblins, witches, and all the other fantasy tropes that players have come to expect from the genre. The story that the campaign follows is just as outlandish as you’d expect from a game based on an established franchise from Asia (read: it’s as wacky and hyper as anime tends to be), but that really just adds a sort of charm that I have found lacking in high-fantasy games as of late. Typically, it seems, high fantasy games are grim and dark, focusing on evil forces, shadowy monsters, and apocalyptic scenarios. 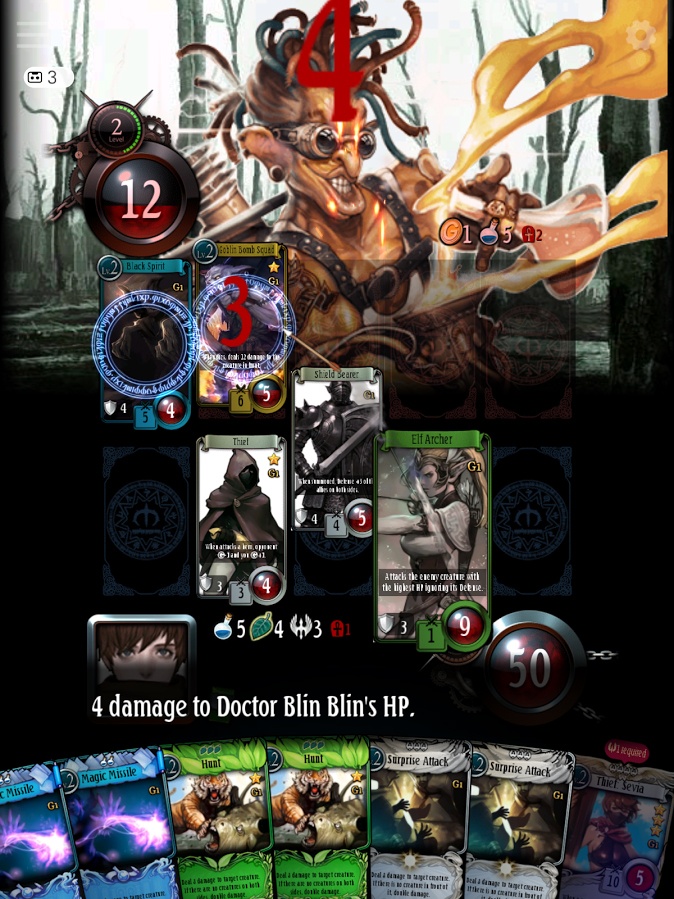 Mabinogi Duel certainly has some shadowy characters, but more common are the light hearted ones, tossing one liners at one another, and getting in arguments reminiscent of an old married couple. Everything is very tongue-in-cheek in the narrative, and I found that to be great fun.

If only I could appreciate the art as much as the humor.

Mabinogi Duel suffers from a syndrome that I find almost every game that features anime-styled visuals has: very, blatantly obvious, sexual themes pushed onto the female character designs. It’s quite absurd in Mabinogi Duel, to be honest, going so far as having the static art animate to make breasts jiggle when a character attacks a female enemy. Mind you, nothing else moves, so the developers went out of their way to animate the breasts. Also, I kid you not, there is a particularly voluptuous character wearing a skin-colored bikini top (who knows why), and her name is actually Titi. I wish I was making that up. 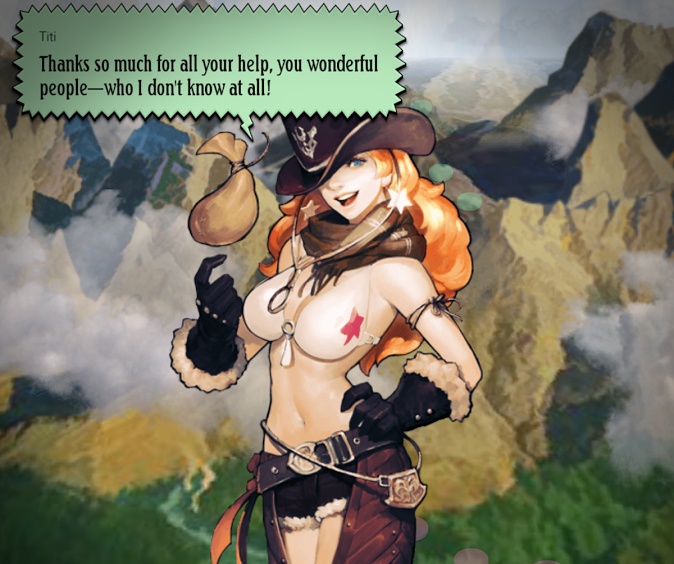 These sort of design decisions have to stop. A game with this sort of design is embarrassing to play, and it’s a step backwards for the industry in every way.

It’s just a shame that such a design has to marr an otherwise great digital card game.

One thing that I think Mabinogi Duel does a great job at is getting the player familiar with the concepts of the game. The tutorial is rolled into the first handful of levels in a way that really doesn’t feel like a tutorial at all. The way the narrative blends into the tutorial makes it feel like you have a friend sitting there with you, giving you pointers at how to play the game. To add to that, whenever you unlock new cards, the game pops up with some text; usually the text is something along the lines of, “Hmmm, with this card you’ll want to use it to block incoming attacks, but be careful when it dies it damages neighboring cards.” I loved the way it suggested to me how to use cards I’d unlocked without being specific about it.

Mabinogi Duel let me figure out how to use my own cards, rather than telling me how to. That sort of guidance allowed me to learn (and love) the game that much better.

I found the single-player campaign to be plenty satisfying on its own, yet there are so many other aspects of the game I have just scratched the surface of: multiplayer PvP, daily quests, and so forth. Also, the strategy of card placement is my favorite aspect of the game, as I really enjoy the fact that where you play your card on the board is just as important as the actual cards you choose to play.

Mabinogi Duel is a fun card game that is ultimately held back from getting my full recommendation due to it’s sad visual portrayal of women consistently throughout the experience. If you can look past the visuals though,  and are looking to take a break from Hearthstone, Mabinogi Duel is the game for you.