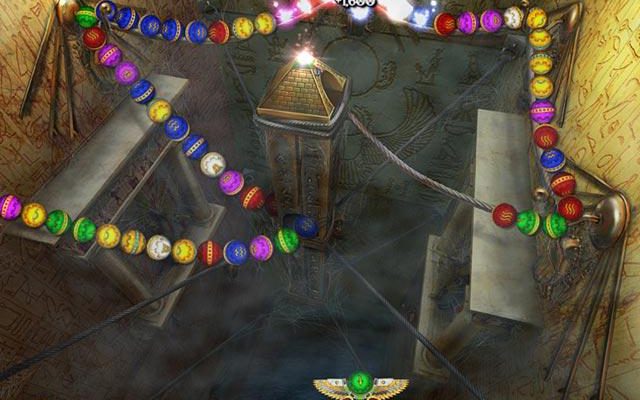 There are some games where you already know what you’re going to get before you even start playing. And Luxor is one of them. The Egyptian themed puzzler is back for a fifth time, with Luxor 5th Passage. The game offers up a brand new game mode, a handful of new power ups, and new bonus stages. But even still, this isn’t all that different from the Luxor games you’ve already played.

The game actually dials back the narrative aspect when compared to Luxor: Quest for the Afterlife. There’s no elaborate cut scenes detailing some plot that has little to do with the actual game, instead your greeted with a brief text introduction to the adventure mode and that’s about it. But really, it’s a puzzle game, so the lack of an in-depth story isn’t much of a loss. 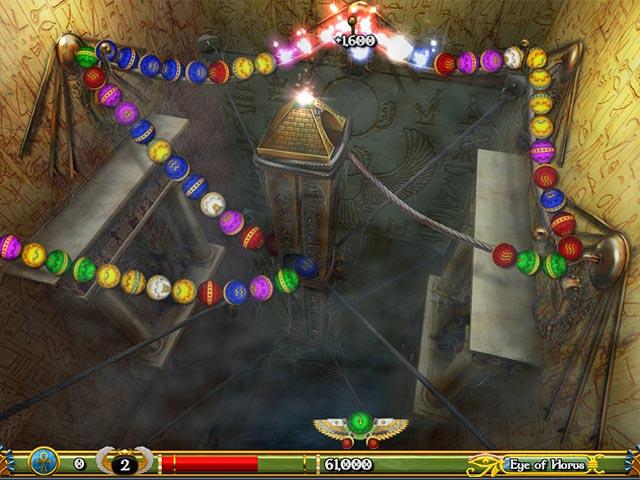 The adventure mode itself follows the traditional Luxor formula: you’ll move along a world map completing a total of 100 stages along the way. The stages are divided into different sections, each of which ends with a brand new bonus game. And if the incredible amount of new stages isn’t enough to keep you busy, there’s also a new Blast Mode where you have two minutes to rack up as many points as possible and even a People’s Choice section, which lets you re-play an assortment of stages from past Luxor games. The Blast Mode, in particular, is excellent and has the same addictive quality as Popcap’s Blitz line of games.

The gameplay itself hasn’t changed much. It plays out similar to Zuma, with you shooting out colored balls in order to make matches of three or more. Only instead of shooting them from the middle of the stage, you can move back and forth on the bottom of the screen. And the balls themselves will steadily move along a pre-determined track and you’ll need to clear them away before they reach the end. So far, so good. But where 5th Passage switches things up a bit, is with a quartet of new power-ups. Favorites like the electric ball and fireball make a return, but now there’s also a black hole that absorbs any balls around it and an upgrade that lets you shoot two balls at once. All four of the new power-ups are very helpful and are great additions to the overall experience.

Aside from the power ups the only real tweak is the new bonus stage that you’ll come across frequently during the adventure mode. Instead of shooting balls you’ll shoot spikes during these stages, and the goal is to clear the incoming balls as quickly as possible. It’s nothing special, but it does do a good job of breaking up the action by offering something a little bit different. In addition to the lengthy adventure mode and the two extra modes, 5th Passage also features a few extras to enjoy. The experience is very customizable with four different levels of difficulty — with Insane mode being, as you’d expect, incredibly difficult — and there’s also 20 different achievements you can earn. Simply put, there’s quite a bit to do in this game. 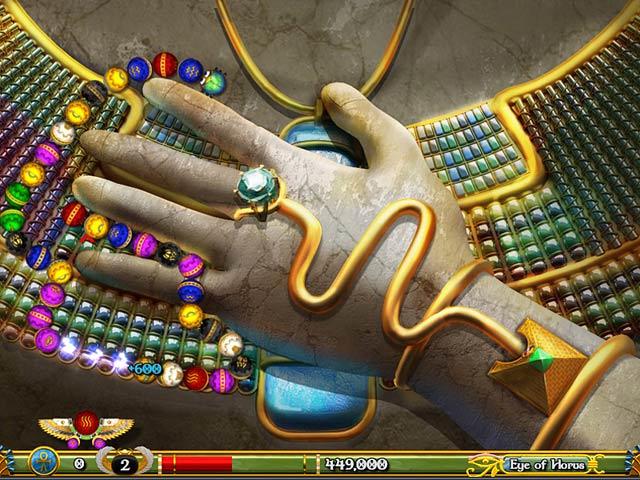 Even without any lavish cut scenes, 5th Passage is still a great looking game. The Egyptian theme is out in full force, with plenty of new backgrounds to play on. But the star of the show visually is the power-ups, many of which result in cool looking special effects. The game isn’t overly flashy, but the visuals are sharp and pleasing to the eye.

If you were looking for an evolution to the Luxor formula, 5th Passage isn’t it. Instead, its a culmination of everything that made the previous four games great, with a few new additions to keep things interesting. There’s a huge number of new stages to play through, and the Blast Mode ensures you’ll always have something to do, even once the Adventure Mode is finished. It may not do a whole lot new, but when a game is this good, that’s not necessarily a bad thing.