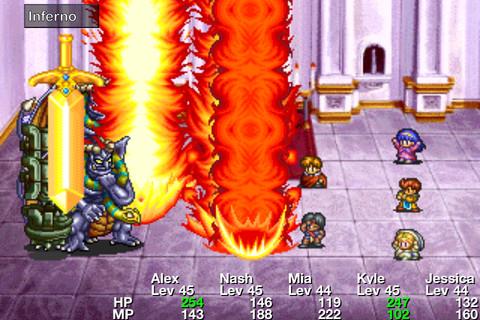 As fun to say as it is to play!

Hey, remember when the only way we could play console games was on a console? What primitive times! Technology has leapt forward quite a bit since then, and it never ceases to amaze me how intricate the games we play on a phone or tablet can be. Lunar Silver Star Story Touch (LSSST – wow, that’s still a mouthful), a port of a classic JRPG, is a prime example of how far we’ve come. Sacrifices had to be made for it to work on a touch screen, but the amount of content here remains staggering.

The original game, titled Lunar: The Silver Star, was released on the Sega CD. It’s been enhanced and ported to a number of systems since then, including Sega Saturn, GBA, PS1, and PSP. Of its sundry releases, the PS1 edition (called Lunar Silver Star Story Complete) is considered by many to be the best – a sentiment I agree with. As it just so happens, LSSST is a port of that version, gorgeous anime cutscenes and all.

If you’re unfamiliar with the game, it tells the story of a boy named Alex who, with the help of his friends, is on a quest to become the “Dragonmaster.” Perhaps a little cliché by today’s standards, but it was pretty awesome stuff for its time. And honestly, the brilliant dialogue helps it avoid most of the tropes a story of this nature could fall victim to. Thanks to a cast of lively and unassuming heroes – such as Kyle the ladies’ man – it maintains an excellent sense of humor from start to finish. But it also manages to fit in a whole lot of heartfelt moments, by way of voice-acted cutscenes.

When it comes to making a console game work on a mobile platform, controls are usually the biggest hurtle. The most common workaround is plopping a virtual joystick and set of buttons on the screen, which rarely feels right. In the case of LSSST, though, I had no real issues with it. I attribute most of this success to the game being turn-based, and not requiring a lot of precise movement on behalf of the player. Additionally, switching your phone to the vertical position moves the game to the top of the screen, revealing a dedicated d-pad and joystick at the bottom. This quickly became my preferred way of playing, as my fingers weren’t obscuring the action.

The game has what I consider to be a perfect combat structure for mobile. You’ll always see enemies on the map before you engage in battle (and sometimes they can be avoided), so you won’t be tossed into an unexpected fight moments before you reach your bus stop. Furthermore, it’s possible to set all your characters to AI at the start of a fight and watch things play out. I wouldn’t recommend doing this unless you’re confident your party can handle the enemy, though, as dying returns you to wherever you last saved. 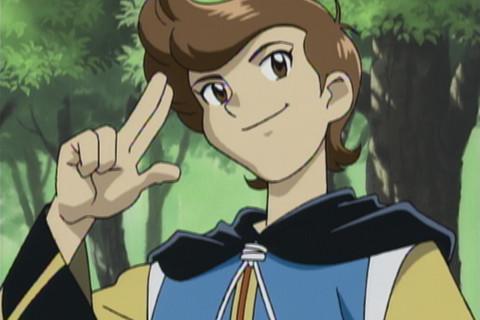 Altogether, there’s about 30 hours of gameplay in LSSST – probably less, if you already know your way around it. Some of that time will inevitably be spent grinding, but the game is great about breaking up the monotony with story bits and dialogue. Just when it seems you’ve plunged down an endless rabbit hole of leveling your characters up before a boss fight, you’re provided some witty piece of text. This is typically the area in which older RPGs show their age, so it’s fantastic to see this game dodge that bullet.

There is, of course, the issue of whether or not you want to play a long turn-based RPG on a mobile device. I won’t claim that the control scheme here – good though it may be – is on par with using a physical controller, but it’s still very solid. Your fingers will inevitably cramp during long play sessions, but all in all Lunar Silver Star Story Touch is an impressive facsimile of the console classic.