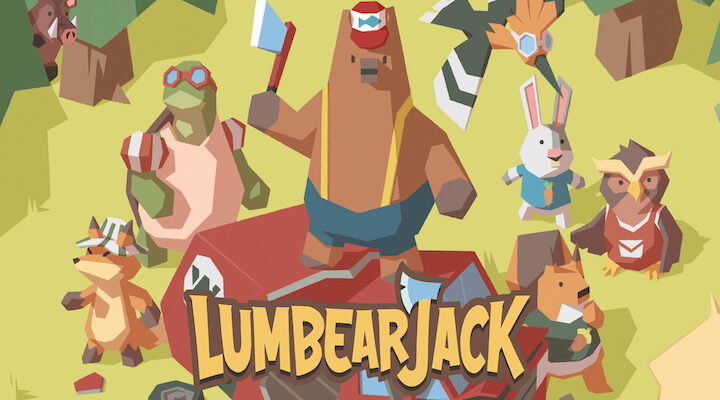 Some bugs in final stage

On paper LumbearJack seems like a winner. Visuals that are full of character, an environmental friendly message, and gameplay that looks satisfyingly destructive.

Sadly it all just falls a little short in almost every area, leaving you wishing a bit more time had been spent on polishing up the gameplay. You play as the titular LumbearJack, and wander through twenty short stages fighting an Evil company. Not many details are provided on your foe – but basically they’re destroying your woodland home and must be stopped.

You do this by whacking everything with an axe, which you can upgrade during stages if you destroy enough debris that you collect in your backpack. There’s an initial joy to playing LumbearJack. Environments spring up with life and greenery once you clear away the evil corporation’s machinery, and there’s a range of animal characters full of personality to rescue.

Sadly it becomes very clear a few stages in that this is a one trick bear, and although there are some very slight variations – such as bombs to whack along set paths to cause more destruction, and occasional simple puzzles – there just isn’t enough here to keep anyone but the very young entertained.

Even then, they won’t be playing for long – it takes no more than two hours to rush through the twenty stages, and that’s even if you’re collecting (and whacking) everything. The game is priced smartly, but it ultimately doesn’t feel polished enough to even justify its lower end price tag. We encountered a couple of level breaking bugs in the final stage, and not enough effort has been put into varying the gameplay up – something like Donut County had true escalating stakes for example, with challenges to match.

It’s a shame, because despite its admirable environmental message LumbearJack is a tough title to recommend – even for younger players.