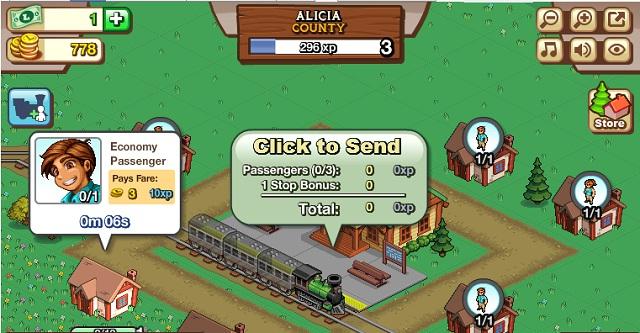 Lucky Train lets you play at being a railroad tycoon on Facebook, building your town and train routes with your friends.

Lucky Train is that rarest of things, a completely novel social game. This train simulator doesn’t bear an immediate resemblance to any other game this reviewer is familiar with, console or otherwise. It’s not even very much like Railroad Tycoon, which is certainly the direction you’d expect a train-themed social game to go in. Instead Lucky Train takes the gamble of building itself almost entirely around its social mechanic, which involves creating train routes and then adding your friends to them as “stops” along the line. You load trains up with passengers from your buildings, then send them on trips to make money.

The danger of making a social game totally reliant on its social mechanics is alienating players who end up having to play alone. Lucky Train is perfectly playable if you don’t get plenty of friend, since you can at least establish routes to your friends even if they don’t play the game. Where the social mechanic takes off is when you “add stops” to a given train route, which does require the participation of your friends. The more stops on a train route, the longer the train takes to complete its route and the more money you get when the train comes into its station. 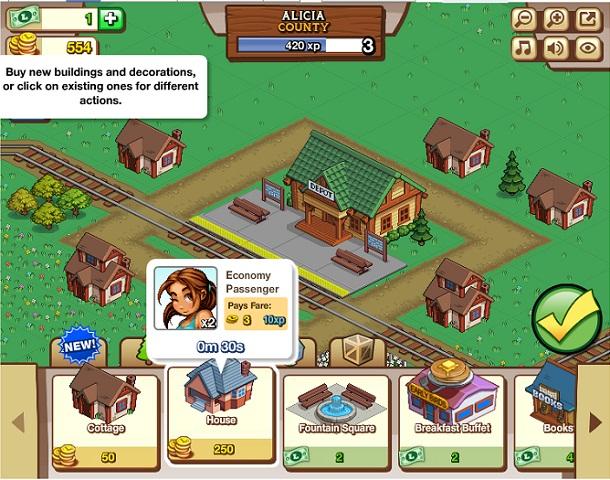 You spend money on decorations in Lucky Train, which is less bland than it sounds. All of the decorations available in Lucky Train are themed around the sorts of things you use to decorate a model train track: little buildings, trees, landscaping. The designs of the objects and the trains themselves also recall model trains. Effectively, Lucky Train is not so much as a train simulator as a model train simulator, something that’s useful given how expensive a hobby model train building can become. Right now the game could really use more variety in its types of decoration but hopefully this is something that will expand given time. 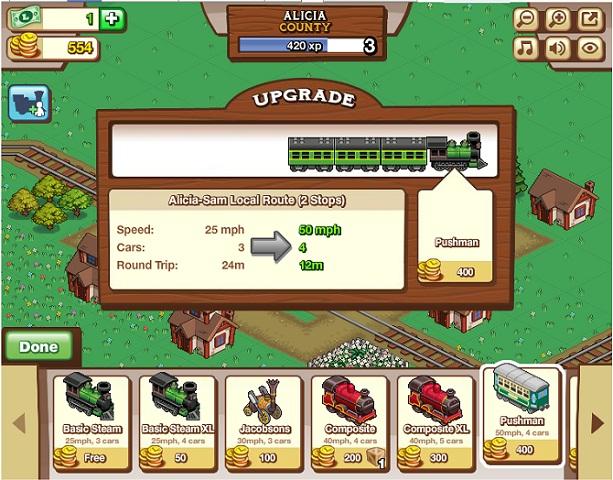 Lucky Train is in very good shape for a relatively young social game. It’s most fun if you can get a bunch of other people to play with you, but the novelty of the model train theme may make it worth checking out by itself. Social games are still a bit clone happy, which makes a game as strikingly original as Lucky Train memorable.