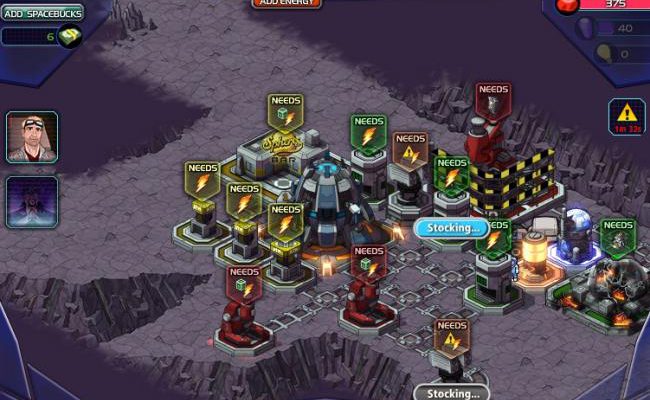 Try your luck at interstellar city building with Lucky Space

As CityVille continues its urban sprawl on Facebook, so grows the number of coattail riders hoping to take a bite out of the proverbial pie. The latest contender to hop on the city management bandwagon comes from developer A Bit Lucky who puts a novel spin on a tried-and-true formula.

Lucky Space isn’t really a clone of CityVille, but it certainly offers a comparable experience. You’ll crash land onto a random planetoid, and there you’ll need to stake your claim. Unlike most other Facebook city builders, however, Lucky Space rides along the rails of a story, and exploration is a key ingredient. 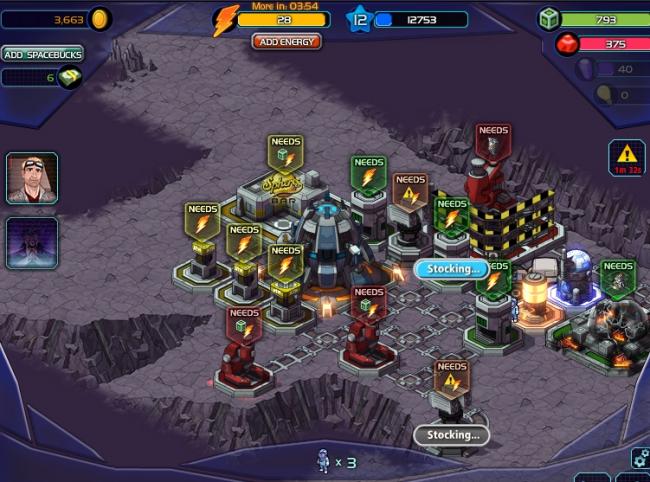 At the start of your adventure you’ll be required to construct the basics for your civilization: food production, gold, ore, etc. Tasks are presented by way of quests, for which you’re rewarded with coins, tools, and other goodies. Dialogue is limited, but the game offers some fun, tongue-in-cheek humor.

All construction and exploration is performed using a small space-rover vehicle, and each task uses up energy. Like most games its ilk, you’ll have only enough energy to play for a few minutes at a time, but players will find they can come back to the game frequently throughout the day and get a lot done.

That is, of course, if you have enough “space bucks.” Space bucks represent the obligatory obstacle between the player and progress. Unfortunately, whereas other games offer micro transactions as an option of convenience, space bucks in Lucky Space are a requirement to complete many quests. You can, of course, accumulate space bucks by leveling up, but it’s a slow and tedious process.

For most players, what will likely end up happening is you’ll restock buildings, explore some of your planet’s surface, leave the game, and come back to repeat the process. Every now and again you’ll be treated to the sight of one of your turrets shooting down a random asteroid, but the game is otherwise quite uneventful. Weighing the cost of Facebook credits to purchase space bucks against the game’s overall fun factor, Lucky Space ends up being a poor investment. 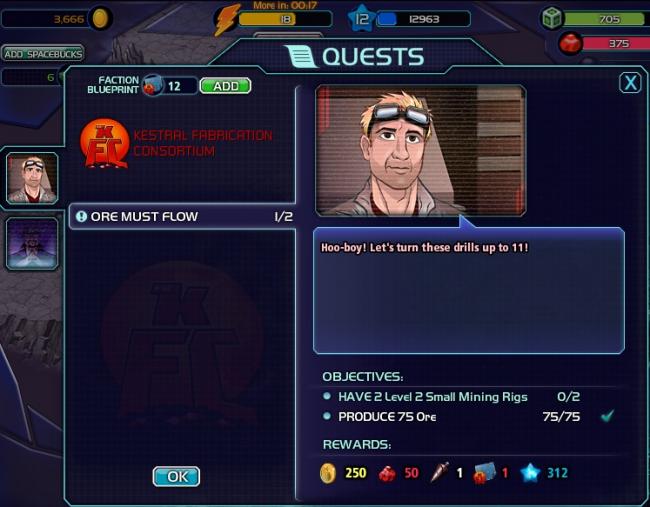 It’s a shame, too, since the formula of city building in Lucky Space is ultimately a fun one. The menus are smartly designed, there are lots of great layers of gameplay, and it’s nice having nuggets of drama woven into the experience. But you’re either going to pay too much to play the game, or you’ll likely get bored with it before it begins to build up steam.

Visually, Lucky Space has a fun 16-bit look to it, with a muted palette reminiscent of SNES-era gaming. The game can be a bit busy at times – lights flickering constantly, resources popping up everywhere – but it’s still an enjoyable place to explore and looks great in its full-screen mode. The music is comprised of subtle loops that sit nicely in the background, and sound effects are a good match for the game’s simple, space-themed activity.

Lucky Space comes complete with many fun ideas and charm to spare. The game also exhibits a few missteps that make management frustrating and progress slow. You might find yourself amused at the start, but this isn’t a game designed for a long haul.