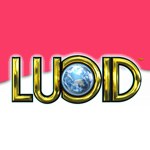 Lucid is your run-of-the-mill block-matching puzzler.

Lucid, the latest color-matching puzzle game from YeaBoing, doesn’t exactly do anything wrong, with your usual match-2+ action accompanied by a couple of extra twists to the formula, but there’s nothing that could really be described as exciting or fresh either. With a single game mode to play through and barely any variation throughout, there isn’t much reason to play this game over the plethora of match-3 titles already available.

Thrown straight into the action, you are tasked with removing colored blocks from a grid by stringing together adjacent like-colors. If a line can be drawn to connect together every block of the same color that is touching your current focus, those selected will pop and more blocks will fall down.

At this point, you’re meant to tactically remove other colored blocks from around to slot extra red blocks into the gaps, but in actuality it’s far easier to simply focus on other parts of the board and come back to this area later once the blocks have shifted. Completing a board will also reset the grid, so most of the time you can simply forget about a troublesome set of blocks. This completely removes the strategic elements of the game, rendering the whole concept a little pointless.

Lucid‘s main problem however, is that it does not explain what you’re actually meant to be doing. After matching blocks for a few levels, we eventually realised that matching whatever color is shown in the ‘Task’ box on the left added to a multiplier, and filled the Earth Dome. This is in fact how you finish levels, but up to that point we had been winning by simply matching anything.

There are no punishments at all for matching whatever you like, apart from receiving less score points, hence it all feels a little vague and dull. The game doesn’t even explain the best ways to receive the most points – do I try to use the Lucid blocks that appear once the multiplier gets to a certain level, or do I leave them and cash them in at the end of the level? A short tutorial would have been welcome!

Apart from this rather plain and quite ordinary puzzle mode, there is nothing else to do in Lucid. There are dozens and dozens of levels to play through, but you’ll most likely be bored after only ten or so. What it boils down to is that Lucid is pretty boring, and doesn’t do anything particularly special or unique.

There are plenty of match-3 games out there that offer this kind of relaxing puzzle experience, and do a far better job of it. If you’d still like to give Lucid a play, there’s a demo available for download.