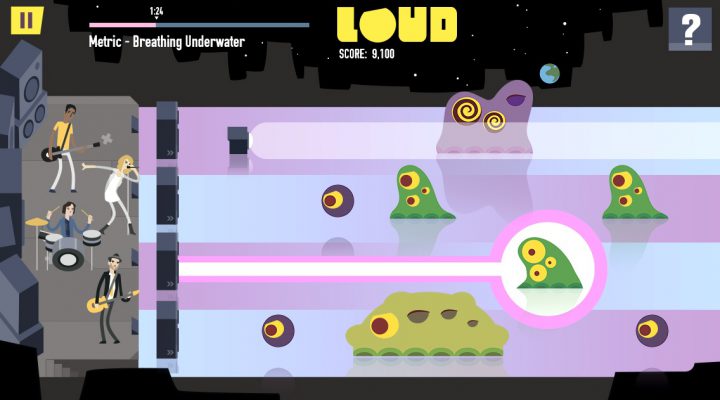 Not fully in sync at times

LOUD on Planet X is as simple as it looks. It’s a rhythm based action game that’s best described as part Guitar Hero, part Plants vs Zombies. It’s not as refined as either of those titles, but there’s a certain level of charm within its idea — even if that charm doesn’t last for as long as one might like.

You’re in control of a band who have been abducted by aliens. Placed on the aliens’ home planet, you have to fend off their attacks through the power of music. Each of your band’s speakers are lined up alongside one of four lanes, meaning activating music in that direction causes a blast of sound aimed straight at the aliens coming at you. See how this is just like Plants vs Zombies? 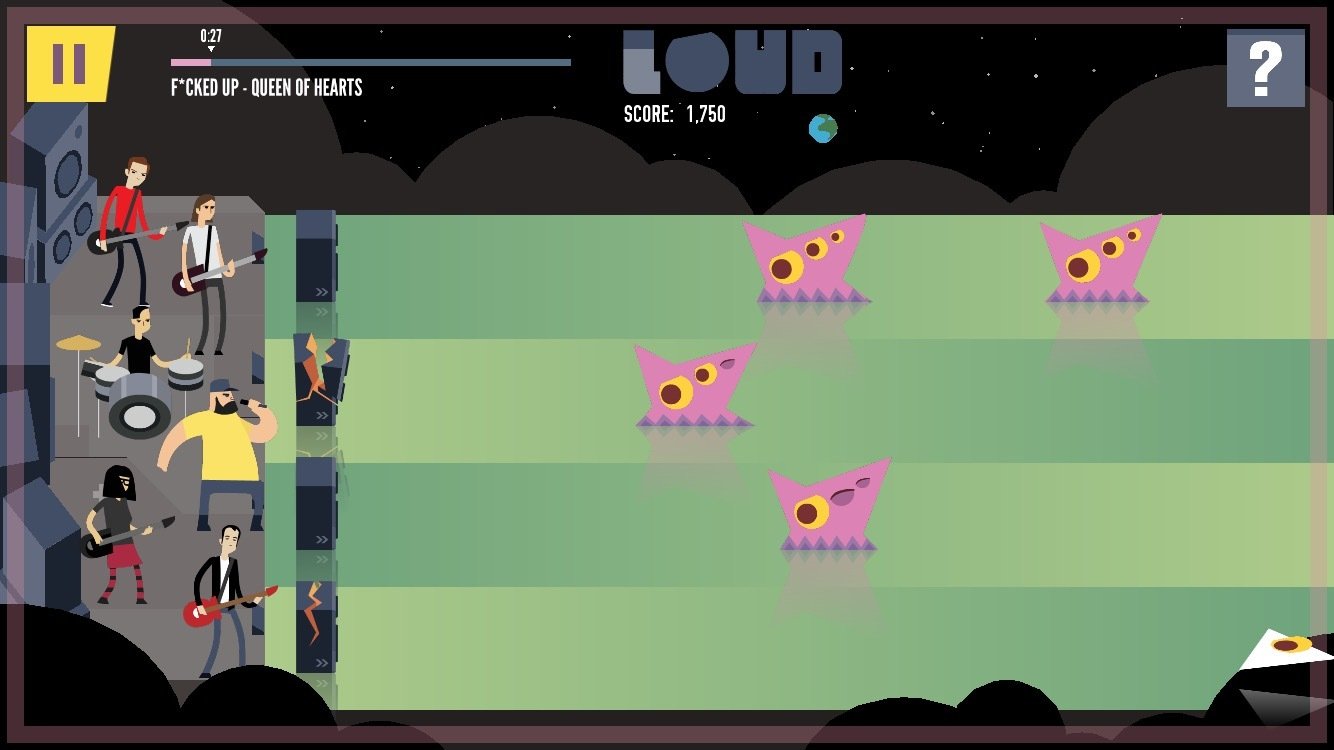 The trick here is to keep to the beat of the song. Simply tap on the lane to activate music at just the right moment, and the wave flies across the screen. Time it badly and, well, nothing happens. Timing is down to listening out, but also tapping just when the outside of the screen pulses to indicate the beat. It’s not pinpoint accurate, which is quite the issue for this kind of game, but you’ll soon get the hang of LOUD on Planet X’s oddities.

Keep hitting the aliens at just the right moment and you gain some power-ups, further enhancing your alien bashing skills. They’re usually pretty effective bonuses too, so you have an extra reason to time things just right. 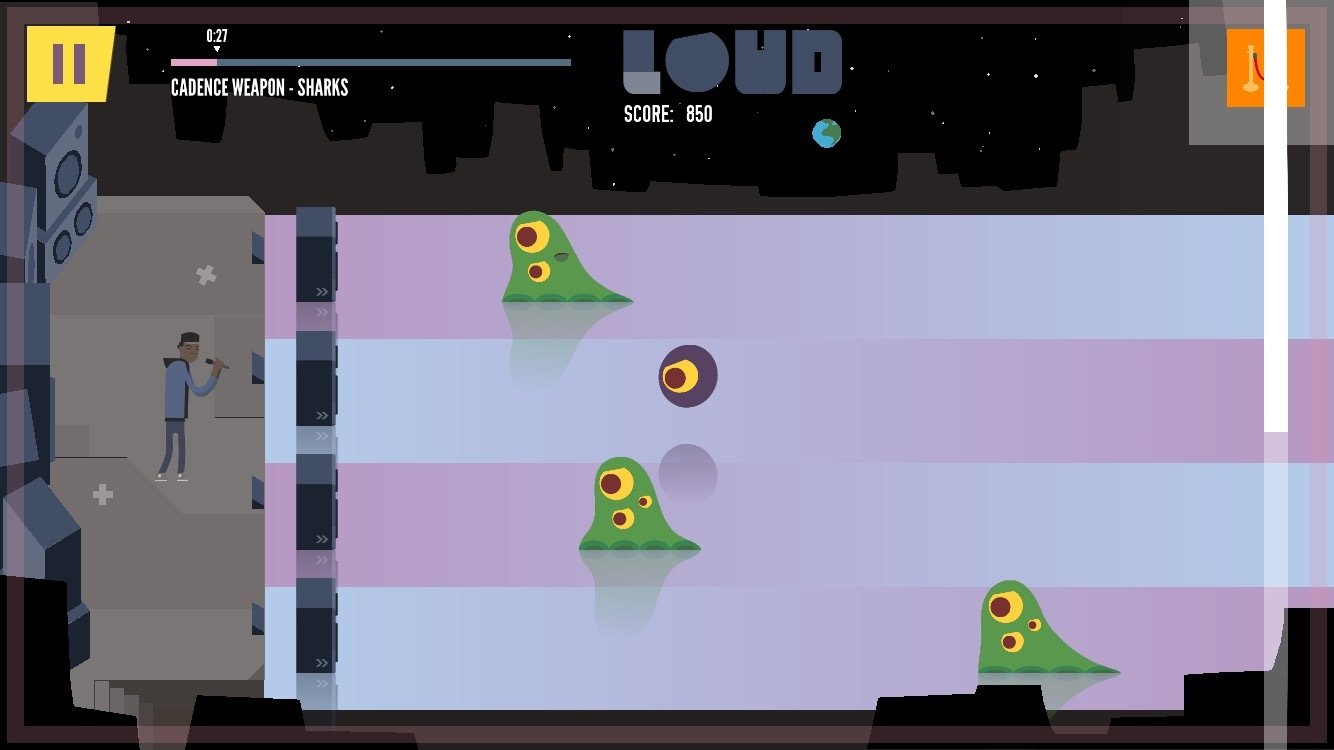 Much like other lane defense games, LOUD on Planet X allows for so much failure before it’s game over. The speakers protect you from attack but they break down after a time. They can be fixed by holding a finger to them, but in that time you’re open to attack elsewhere. Often, there’s little time to fix the speakers so you really don’t want to be in this position. That’s where the challenge of the game comes into play, with harder difficulty levels proving particularly fearsome.

The issue here is that you don’t feel fully engaged with the music, meaning that LOUD on Planet X soon feels a little repetitive. The musical choices are pretty good. There’s music from well known indie artists such as CHVRCHES and Tegan and Sara, as well as lesser known but no less appealing tracks. However, you don’t feel fully invested in the songs presented. They’re great to listen to, but keeping to the beat doesn’t feel quite as natural as in other rhythm games. Instead, you’re just focusing on getting the slightly unusual timing just right here, while also listening to the music on the side. That’s a weird disconnect at times.

There’s also the issue that LOUD on Planet X doesn’t change things up sufficiently. Sure, it’s quite fun, but you’ve seen most of what it has to offer very early on. It’s the change of music that will keep you playing rather than new game mechanics. A boss battle at the end is quite the challenge, but a flurry of new power-ups or bonuses would have been much more welcomed.

What LOUD on Planet X offers in imaginative thinking, it doesn’t quite follow through in its execution. It’s fun, but that fun is limited. Though if you’re a big fan of one of the bands featured, you’re sure to enjoy it more than most.

Princess Isabella: The Rise of an Heir Review – Call the Dragons