LostWinds2: Winter of the Melodias Review 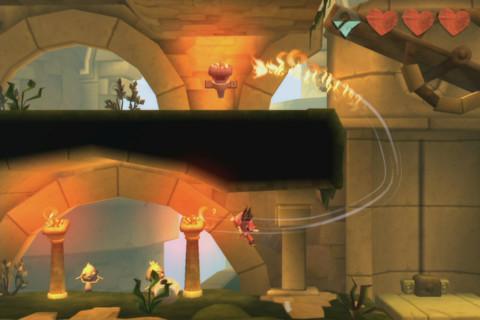 Remember the good old days, when you were a kid? Roaming the world around you carefree, harnessing the power of elements to destroy an ancient evil and save the ones you loved? Not so much? If your childhood was more of the bike-riding, knee-scraping variety, don’t worry. LostWinds 2: Winter of the Melodias has you covered.

A follow-up to last year’s Lost Winds, Winter of the Melodias represents Frontier Developments’ continued commitment to bringing their charming, critically acclaimed physics-platformer from WiiWare to iOS. The first time around, we lauded the port for its lush presentation and the clever puzzling interwoven throughout – all while lamenting some frustrating control hiccoughs. With the sequel, Frontier brings back more of everything that worked, and – unfortunately – much of what didn’t.

Players (once again) take control of Toku, ward to the wind spirit Enril, and perhaps the most adorable hero ever (seriously, just look at those cheeks!). And really, adorable is in the game’s DNA. Part Okami, part Pixar film, Winter of the Melodias has a vibrancy and – in a way – serenity running throughout it that you don’t see in many mobile experiences today. Whether it’s the game’s dotingly crafted landscapes or colorfully concepted characters, you’re sure to find yourself caught up as much in the experience as the gameplay. Perhaps doubly so, as Winter of the Melodias has you controlling the seasons to navigate babbling-brooks-turned-snowy-passes in pursuit of a cure to a poison that’s stricken your mother.

Even though Winter of the Melodias is a sequel, however, make no mistake: this one’s accessible to fans and first-timers alike. The increased scope is deftly handled with simple prompts that nail down commands for newcomers and remind us oldies’ gently enough that we don’t feel annoyed. More importantly though, the genius is in the gestures. As a game rooted in the elements, the touch screen controls seem almost instantly natural. Whether it’s swiping to send Toku flying on a gust of wind, dragging to bring flames from one torch to another, or pinching to capture items in a vortex, commands are all physically spot on. As a result, it’s not long before you’ll feel like the spirit yourself, dragging to generate a cyclone, flicking the water-cloud across the screen, and swiping to release the rains.

With such a pitch perfect fit for iOS, it’s a shame that the ambitions of Frontier’s control scheme is undercut once more by issues with precision and regular misfires. On one hand, as a returning player, I appreciate the way things have been slowed down, with each swipe of the wind giving Toku (or his enemies) a matrix-like quality. That alone prevents a lot of the Oh-man-I-could-have-gotten-to-that-ledge-if-only-it-had-registered-my-swipe-ery that plagued the first Lost Winds for mobile.

On the other, Winter of the Melodias is no less rife with inexplicable moments where Toku won’t be able to grab an edge, or for that matter, will hit an invisible wall simply because he approaches from the left side instead of the right. Moreover, both combat and several major puzzles demand a precision the game doesn’t let you achieve; enemies and rocks regularly fell from my grasp when a swipe was given a longer tail than I drew, or a pinch was mistaken for a double-tap. So while in individual moments I often felt like a pro, managing commands as they stacked had me feeling stumped for all the wrong reasons. I understood the system, but not the imperceptible variations needed to make it work for me. 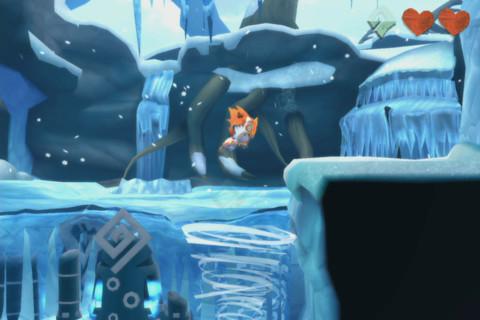 Like the original, though, the gameplay is worth sticking around for – even in the moments that would have you tossing your device aside. Each screen is a densely layered series platforms, pathways, brambles, torches, and switches that require you to explore, evaluate, and then crack their unique code. I call it “Portal puzzling:” when half the trick is stepping back and thinking about how best to apply your skills. Unlike the first go around, the game’s 48 hidden idols also feel like true parts of the puzzle here as opposed to parts of a hidden object game.

This is owed in large part to the game’s two season structure, which adds tons of play value to each of the 20+ zones. There’s a real satisfaction not only in growing to understand a zone, but dancing back and forth between winter and spring to discover hidden nooks behind frozen waterfalls or underneath thawed ponds. As a retro mobile gamer, I can give it no higher compliment than the fact that it felt to me at its best like Zelda: Oracle of Seasons. 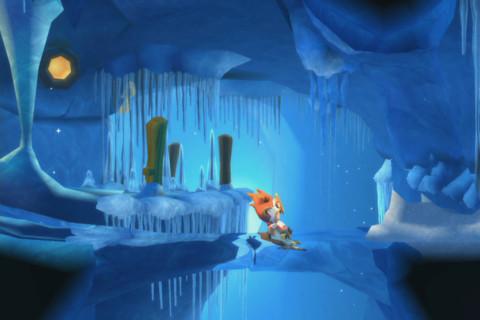 And while not always “at its best,” Winter of the Melodias is an ideal example of a game that rises above the sum of its parts. Its problems can’t be ignored, but the its highs are so much higher than its lows. The game – like Toku – is a mischievous scamp whose faults are not its undoing. And when all’s said and done, there’s such a strong puzzle platformer here that it’s hard to stay mad for too long.

Warlock: Master of the Arcane Review