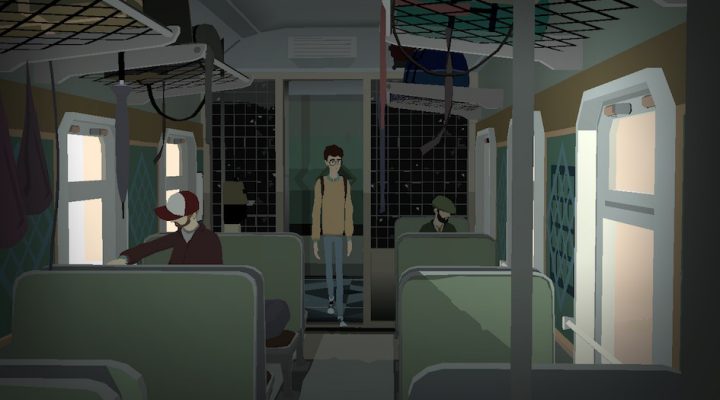 Has a nice visual style and presentation

Not much to it

Can be completed in a few minutes

Lost Tracks is a bit of an oddity in that it’s actually a student project rather than a “normal” game release. It’s also sitting in this weird middle-state for me, where I can appreciate what it does well but also feel like it could’ve been so much more. But it’s a student project, so is that fair?

But if they released it on an official marketplace so shouldn’t it be held to the same standards as everything else? 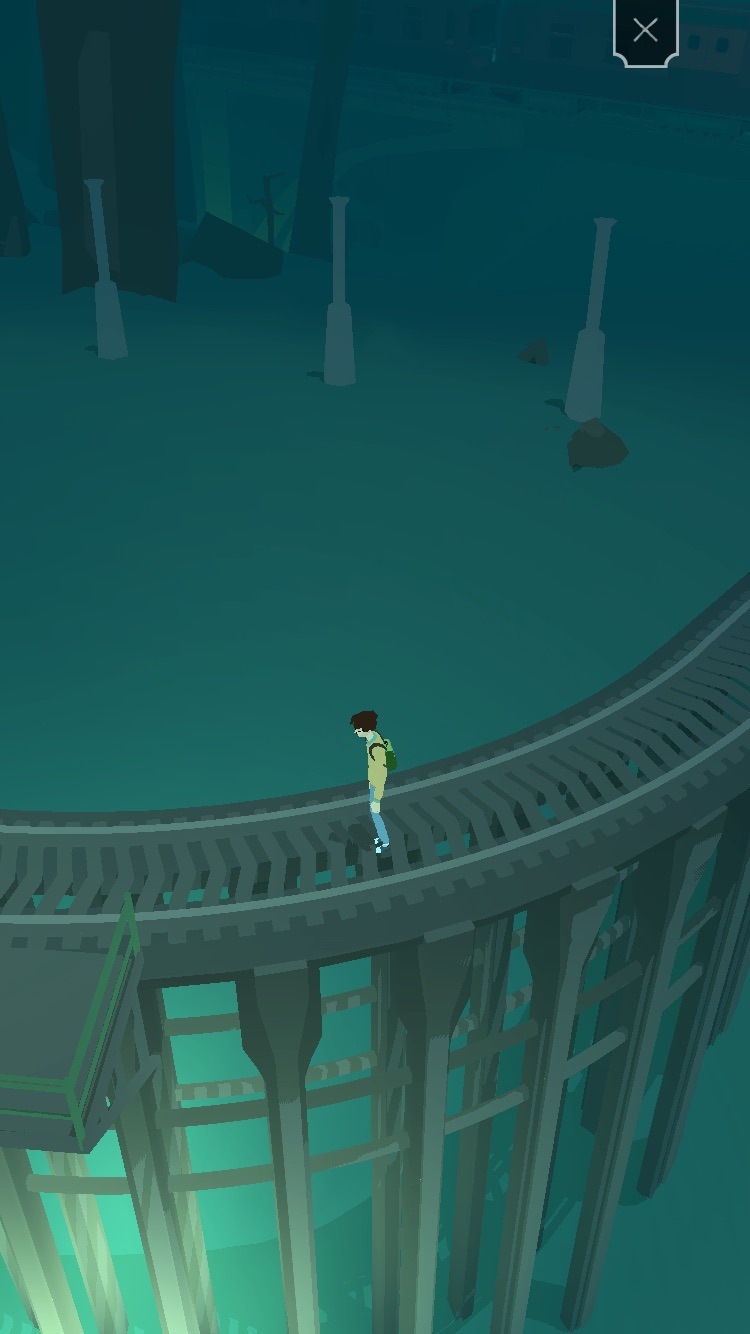 The story of Lost Tracks follows Lou – an incredibly shy teenager (I think he’s a teenager, anyway) – who’s smitten with a young woman he sees on the train, then has to wrestle with his insecurities so that he can work up the nerve to talk to her. The actual gameplay elements all revolve around Lou’s inner feelings / subconscious / blatant metaphors.

Student project or no, it looks pretty great. The environments are simple but still beautifully surreal, and there’s a lot of variety to each new area. What few characters there are also look good – just stylized enough to look cartoony but not so overdone that they look out of place. The music is also really nice and fits well with the dreamlike atmosphere. 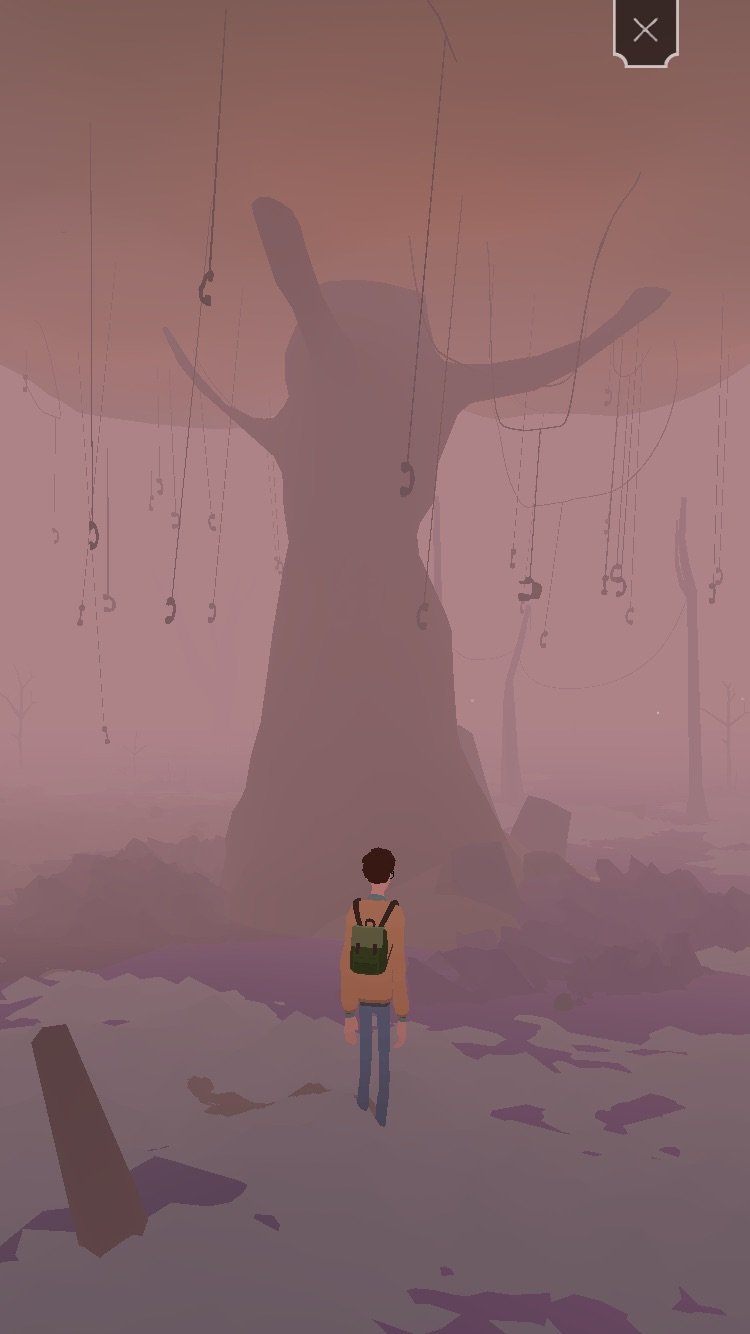 Sadly, everything else is kind of “meh” from a gameplay standpoint. The controls are passable, but having to tap and hold to move while tilting to turn is awkward. Thankfully you don’t have to make any terribly precise movements. The puzzles (if you can really call them that) are also extremely simplistic. First you just have to find switches and flip them, then you have to follow various sounds to their source, and so on.

Lost Tracks is also incredibly short. Even with a little fumbling around during the “follow the noise” portion (you’ll definitely want to use headphones) I was still able to finish the whole thing in somewhere around a half hour.

But then we come back to the fact that it’s a student project. With that context it’s rather unreasonable to expect something that will take hours to complete, contain intricate puzzles, and so on. They’re still valid criticisms, don’t get me wrong, but they don’t carry as much weight when you consider that Lost Tracks exists purely as a way for animation and CG art students to experiment with telling a story. It just so happens that they decided to share that story with the rest of the world. 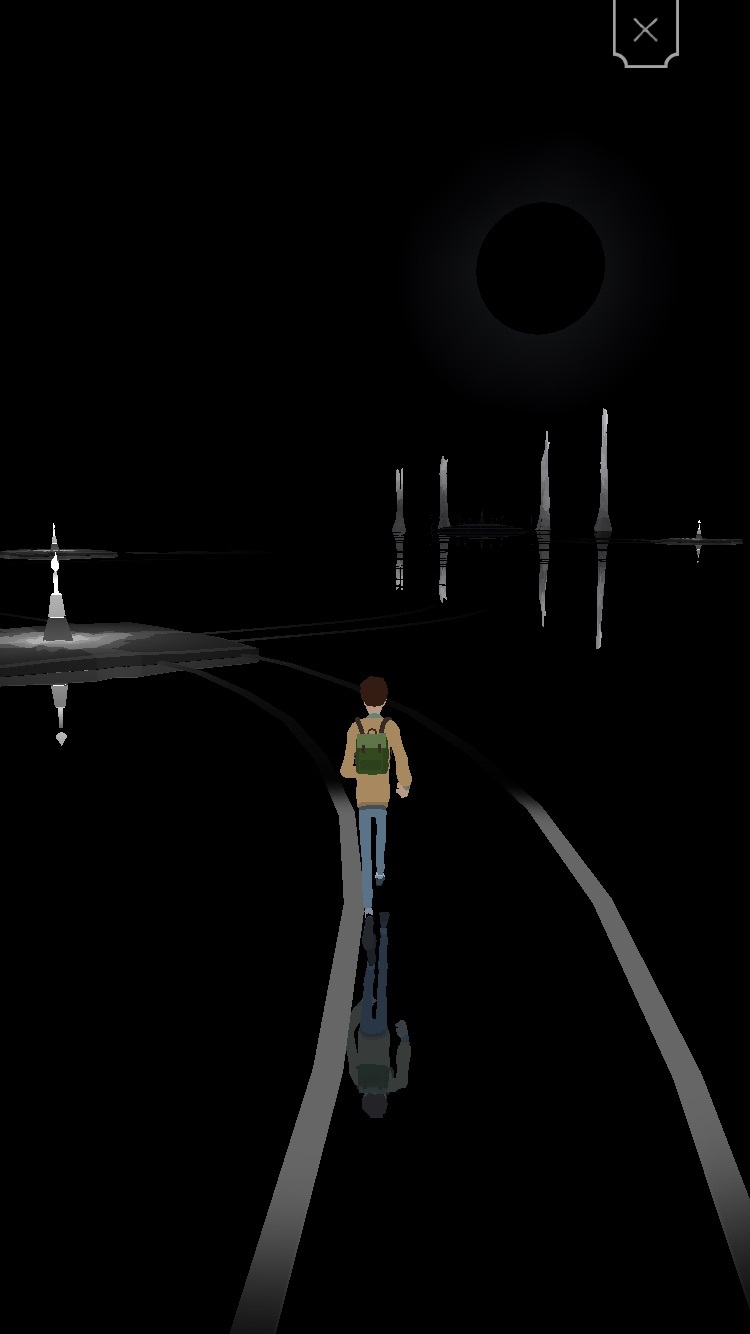 From that perspective I think it’s much easier to appreciate Lost Tracks. It tells its story well. Concepts like working up the nerve to speak are presented in a somewhat surreal manner without getting overly-symbolic to the point of being confusing. In a way its brevity is also nice because it doesn’t overstay its welcome. No spending several hours trudging your way through an ultimately simple concept here!

As a game, Lost Tracks is pretty, but too simple (and short) to get much enjoyment out of. As a means of telling a brief but meaningful story about a shy boy trying to work up the courage to talk to a girl he likes, it succeeds. You won’t end up sinking hours into the story, but you might find yourself appreciating the constant struggle of the introvert. Or heck, maybe you’ll just enjoy the pretty scenery and call it a day. Point is, it’s worth the half hour or so it takes to complete.