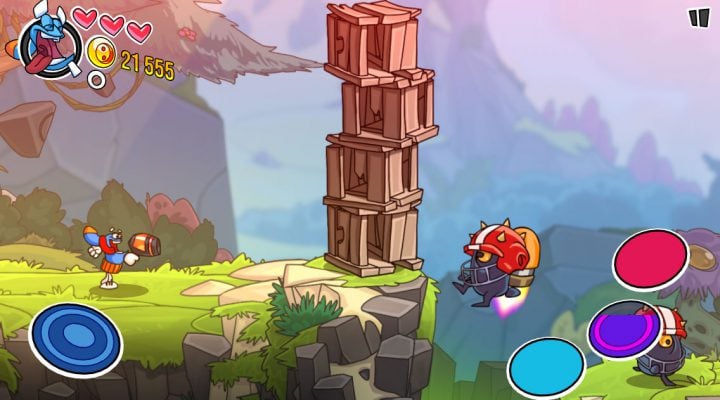 No IAP or ads.

On-screen action can get very busy, which can be disorienting.

When you wash your sock collection, at least one bathed pair will wind up mismatched when a mate goes wandering. This is a highly traumatic and damaging event for the hard-working garments that keep your feet clean, warm, and dry during their toughest hours. So the solution is: Don’t ever wash your socks.

OK, bad advice. Go ahead and wash your socks. But when a pair gets broken up, don’t be startled with the other half of the team becomes sentient and goes on a quest to retrieve their friend. In fact, you should encourage them. Godspeed, Socky.

Lost Socks: Naughty Brothers is run-and-gun platforming title from Nerf-Game. It tells the tale of one sock’s quest to find their brother-in-arms, who’s gone missing after a trip in the washing machine. Seems our wooly protagonist was prepared for just such an occasion, as leaps off the clothesline with a couple of guns already in hand(s). 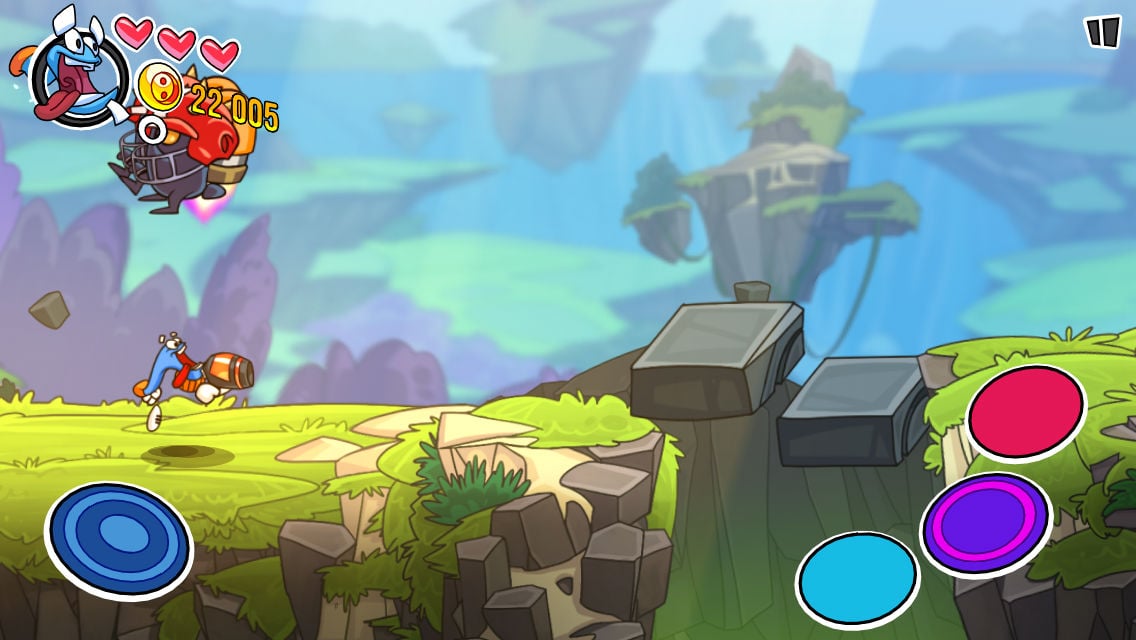 Lost Socks is an auto-runner / platformer, sort of in the vein of Rayman Jungle Run. The former is far more combat-heavy than the latter, however, which accounts for Lost Socks’ strengths, as well as its weaknesses.

Levels are broken up into bite-sized stages, and they’re teeming with obstacles, traps, and foes. You can jump, of course, but you can also dash — a move that grants you a bare second of invincibility and also busts up our foes if you time it right.

But your best defense is your light weapon and your heavy weapon. The former can be fired rapidly without penalty, and can even be upgraded to do more damage to bad guys. Heavy weaponry packs a real punch, but takes time to recharge.

The object of each level in Lost Socks is to survive, and reach the end intact before you run out of energy (or fall into a pit). There’s a bit more to the story, of course: There are caged captives to rescue, as well as coins to collect. Meeting goals unlocks more weapons, power-ups, and abilities for you to buy. There are no in-app purchases in Lost Socks, so all your progress depends on your sweat, blood, and tears.

And oh, there will be tears. Lost Socks is a challenging game, sometimes brutally so. The difficulty is by design, but not every misstep is necessarily the player’s fault. The action gets pretty frenzied, which results in a lot of debris and bodies littering the landscape. When enemies are flying at you, when the bodies are piling up, and when broken bits of boxes go careening across the ground, it gets pretty easy to lose your focus. Death often follows. 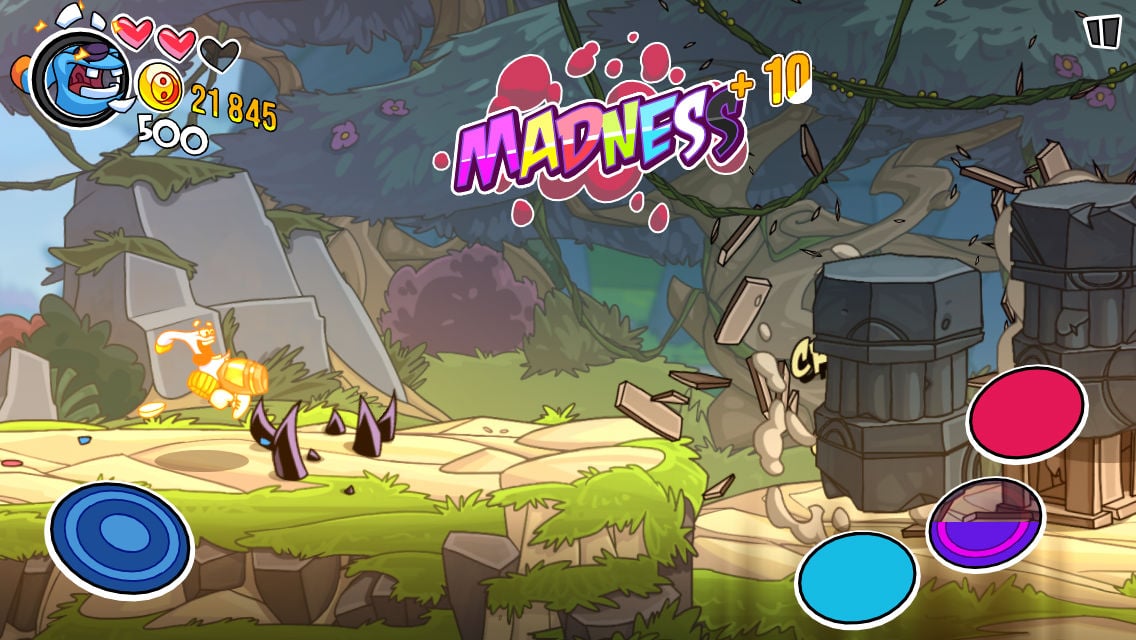 But death comes less frequently once you memorize a stage, and to Lost Socks’ credit, that’s pretty much what you’re supposed to do. Each level is meant to be played repeatedly, as most of them have branching paths. You can grab all three stars in one go, or you can grab enough coins to meet that level’s requirement, but you can rarely do both together.

Lost Socks: Naughty Brothers isn’t a perfect game, but it offers a good deal of solid content for its asking price. Though the combat can be frustrating at times, the chaotic destruction you’re tasked with inflicting has a way of keeping you engaged. If you want a running game that’s more about combat and less about fancy acrobatics, you’ll find sock is comfy and easy to wear.