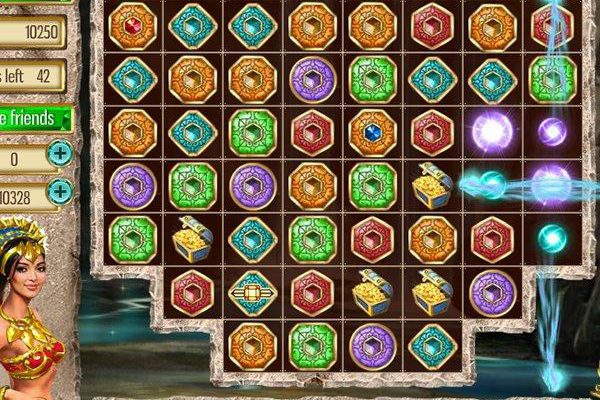 Lost Jewels isn’t the most innovative match-3 game around, but it’s still worth finding

Lost Jewels is a match-3 game for Facebook. Despite its attempt to deliver an exotic theme befit for submerged cities and faded civilizations, there’s nothing mysterious about the game’s title. Given the way the jewels on the game’s boards are shattered and blasted, it’s no wonder said jewels are considered “lost” at the end of it all.

In all seriousness, Lost Jewels is an addicting match-3 game (as a match-3 game should be). It doesn’t bring many new mechanics to the genre, it panhandles for in-app purchases relentlessly, but it still manages to hoover up hours of your time. 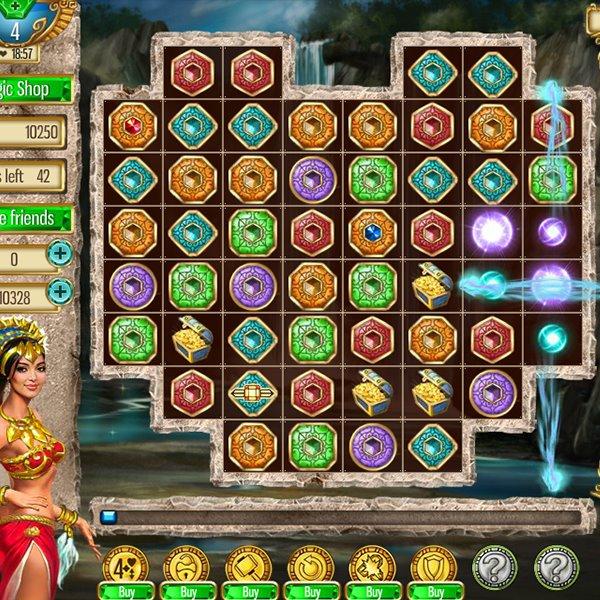 You progress through Lost Jewels by matching up three or more similarly-colored gems. The gems can be positioned horizontally, vertically, or can even be joined at a 90-degree angle—a welcome bend on the rules. You score combo points by clearing away multiple groups at once, and joining four or more colored gems also grants you different kinds of power-ups. Said power-up blocks might blow up surrounding blocks, clear away a column of jewels, zap random pieces, and so on.

But scoring points alone won’t get you ahead in Lost Jewels. Most of the game’s boards have treasure chests that you need to sink to the bottom of the screen in order to progress. You make this happen by clearing away jewels to make a path for the chests, but it’s not as easy as it sounds. There are barriers to contend with, including locked jewels that need to be matched before they can be unlocked, and irregularly-shaped boards that love to trap chests in corners.

Dealing with a trapped chest can prove disastrous, as every level in Lost Jewels grants you a limited number of moves. Each level is made up of three sub-levels, and if you use up all your moves on the first sub-level, you won’t have anything left to carry you through the other two. If you use up everything you’ve got before you finish the level, you’re booted back to the first sub-level. 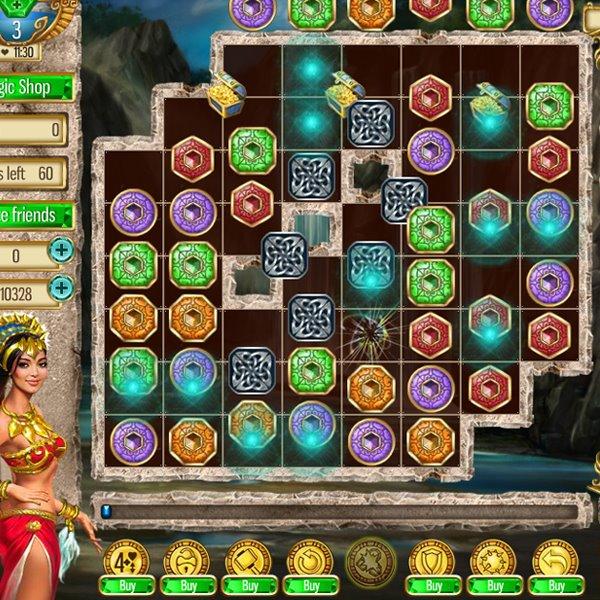 If you screw up, it is possible to continue from where you left off—provided you want to buy additional moves with Facebook credits. Lost Jewels always has something to sell you, including instant access to later levels, power-ups, and lots more. You can buy some of said power-ups with the gold you earn in-game, but you earn it slowly and the power-ups are hideously expensive.

But Lost Jewels is perfectly playable without power-ups, and to be fair, the game doesn’t appear to foist an Energy system on you. You can play for as long as you want without being forced to stop and recharge. You probably will play for hours, as the game is a pleasant way to pass time. The graphics are rich, the flute-heavy tunes aren’t grating, and even the sound effects are satisfying to listen to. There’s nothing like clack of falling gems, particularly if it unsticks a rogue treasure chest. It’s the sound of progress.

Lost Jewels won’t blow you away if you’re looking for an innovative match-3 experience, but playing it will make you happy for a while. It’s not a diamond, but it’s not a cubic zirconia, either.