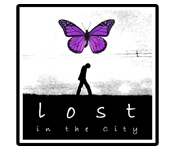 Lost in the City tells the age-old tale of boy meets girl, girl invites boy back to her place, boy drinks drugged coffee and wakes up in the basement of an abandoned building, forced to hunt for clues to secure his freedom. Blending elements of the adventure and hidden object genres, the game is a huge, sprawling mystery that will keep you guessing until the very last puzzle.

When the game begins, you groggily come to learn that you’ve become a pawn in a very bizarre game. Someone is guiding you through the ruins of an empty city, leaving mysterious instructions that take you from location to location, always promising that you’re one step closer to the truth. At first your only motivation is to find April, the girl you believe responsible for your predicament, but it’s not long before you’re drawn into an even deeper mystery involving an underground research facility, an ancient artifact, and a hidden city in Russia.

Lost in the City is a hybrid of adventure and hidden object games, smoothly blending the item collection of one with the puzzle solving of the other. In each area, you’re provided with a list of Missions that you need to accomplish; the first Mission is almost always to find the piece of paper that contains the curious instructions that are being left for you like breadcrumbs. In some cases, you need to find objects for practical reasons, such as batteries to power a radio or planks of wood to build a ladder. Other times, the items you need will help you solve a puzzle, such as the scraps of a shredded letter.

The item collection is usually fairly simple (though having to find matchsticks on a bus was certainly a challenge), and never feels like too much of a drag or a chore. The same cannot be said for the puzzles, which suffer from repetitiveness. You’ll reassemble far too many photos and slips of paper by switching blocks around, and the lockpicking mini-game is tiresome after just the first few. Fortunately, you can skip the puzzles by hitting the SOS button, which is your one-stop-shop for game hints. Hitting it will highlight an item you’re having trouble finding, instantly solve a puzzle for you, or simply give you a nudge in the right direction if you’re a bit confused by the instructions that got left behind.

Though the game tends to rely on the same old puzzles a bit too much, it does a wonderful job of making you feel like Alice down the rabbit hole. Though the locations seem familiar enough – a house, a hospital, a theater – they’ve been prepared like bizarre scenes awaiting your arrival. Someone is directing a play, and you are merely an actor. But who is doing it, and why? At times the mystery becomes a bit overly convoluted and the plot is somewhat overwritten , but the overall effect is always creepy and unsettling.

Lost in the City has two play modes: Classic, which is timed, and Light, which is not. Classic only gives you ten minutes to figure out each level’s puzzles (which you well may need as  the lockpicking grows more difficult), but awards more points for completing Missions. In Classic mode, using the SOS button deducts time, but removes points when you use it in Light. You use points to buy Secrets in the game’s store; while some of them flesh out the action, most of them are concept art. They’re certainly interesting, but don’t feel too terrible if you don’t have the points you need to unlock them.

Lost in the City may be an uneven experience, but it’s certainly never boring. The story keeps you guessing and the atmosphere of conspiracy and dread it creates will have you thinking twice about accepting a cup of coffee from anyone. It may ultimately leave some questions unanswered, but its journey is an unusual and intriguing one.

If you liked this game, try Annabel, Women’s Murder Club: A Darker Shade of Grey, and Adventures of Robinson Crusoe.