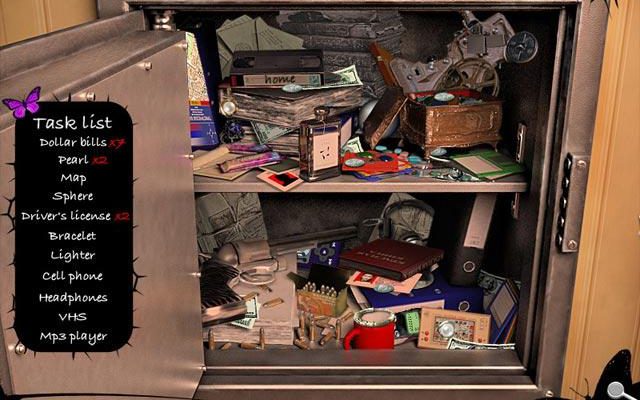 Lost in the City: Post Scriptum is endearing in spite of rough edges.

I’m going to have to ask for some leeway on this one. The facts of the matter are simple enough: Lost in the City: Post Scriptum is a bog-standard hidden object game with mediocre graphics, simplistic gameplay and noticeably rough edges. Yet underneath all that, for those who care to dig, is a gripping story of love and loss, redemption and hope, set in a bizarre otherworld in which the fate of humanity rests not on its best, but simply its last.

Following the adventures of last year’s Lost in the City, Lost in the City: Post Scriptum is a sort of existentialist hidden object adventure that sees the hero and his beloved, Ann, released from their duties as Guardians of the Future and finally able to flee the cursed city in which they were trapped. But little do they realize that their freedom comes with a high price, and that their adventure is not actually ending but merely beginning. 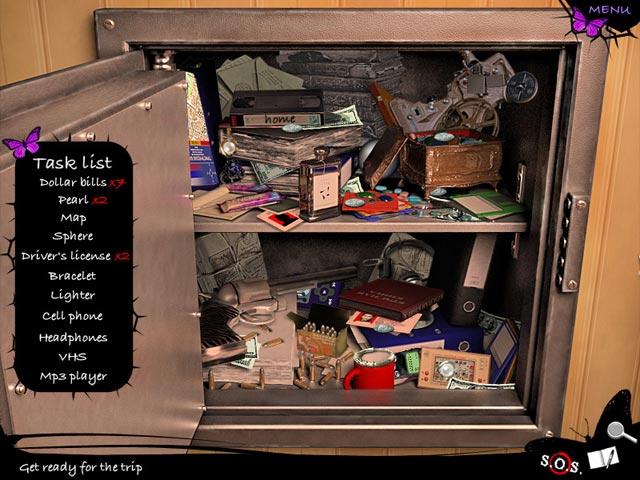 We may as well start with the obvious: Lost in the City: Post Scriptum is not the most highly-polished video game you’ll ever play. Compared to most contemporary HOGs, Post Scriptum’s visuals appear blocky and low-resolution. The hidden object searches are generally quite easy, as are the puzzles that pop up throughout the game, which are relatively few in number and skippable if you do happen to run into trouble.

The extremely generous hint system makes things even easier; although nominally a conventional “reveal-and-recharge” scheme, each pink butterfly you find as you play adds one instant hint recharge – and there are a lot of them to be found. By the time I finished I had 78 instant hints waiting to be used, and I’d burned up several during my playthrough. It’s safe to say that you won’t get stuck for long in this game.

You will, however, find yourself stumbling over occasional bumps in the grammatical road. “I cannot rich the lock” and “I hope this mailboxes are not too rusty and I will open them easily” are a couple of the awkward lines that will leap out at you as you play. But while the translation from the game’s native Russian to English can be spotty in places, it also offers on-the-fly translations of items in various scenes that carry Russian labels or logos. None of it is particularly insightful but it is fun to finally know what some of these things are saying. It’s a nice touch.

Clearly, Lost in the City: Post Scriptum doesn’t break any new ground in the hidden object genre. If anything, its dated graphics and simple play make it look like a game that should have been released two or three years ago. But while it sounds like an unimpressive effort, one simple fact stands out: I was impressed. And this is where I’m going to need some of that leeway I asked for earlier. 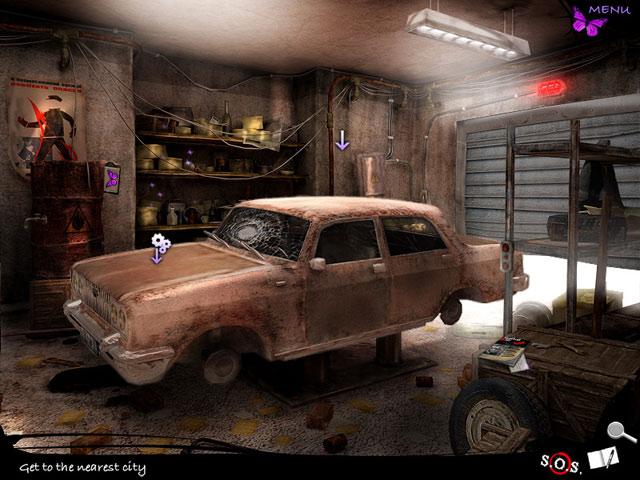 The mystery of Post Scriptum unfolds slowly, and it’s such a strange tale that it’s impossible to predict what will happen next. It’s a desolate experience that gets downright creepy in parts, and when “next” finally does happen you’re left not with a resolution but with more questions. Your mileage may vary, of course, but I found it to be a powerful saga, while the relationship with Ann provided a believable and compelling motivation to continue forward.

The game manages to generate a high level of bleak atmosphere through a combination of derelict imagery and a particularly strong soundtrack. While Lost in the City: Post Scriptum may not look great, it sounds fantastic, with music playing a huge part of the ambiance that ties it all together. And it does manage to bring a few unusual gameplay elements to the table, including a handful of timed hidden object searches, “Choose Your Own Adventure”-style interludes between the game’s 13 chapters (although the choices all eventually lead to the same conclusion) and even a simple but surprisingly intense action sequence. 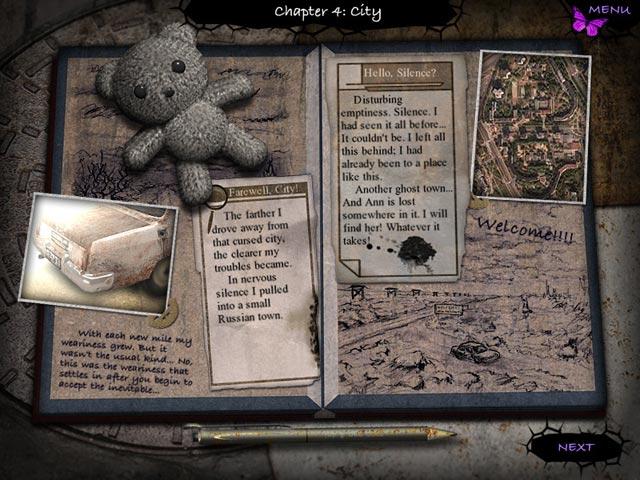 This kind of oddball video game is right up my alley and I’ll be the first to admit that, objectively speaking, I like this one a lot more than I should. Lost in the City: Post Scriptum clearly isn’t for everyone. But if you have a taste for strange tales, and the patience to put up with some occasional roughness, it’s definitely worth a look. You probably won’t find yourself gushing over what a great game it is, but you might just be surprised at how much you like it anyway.