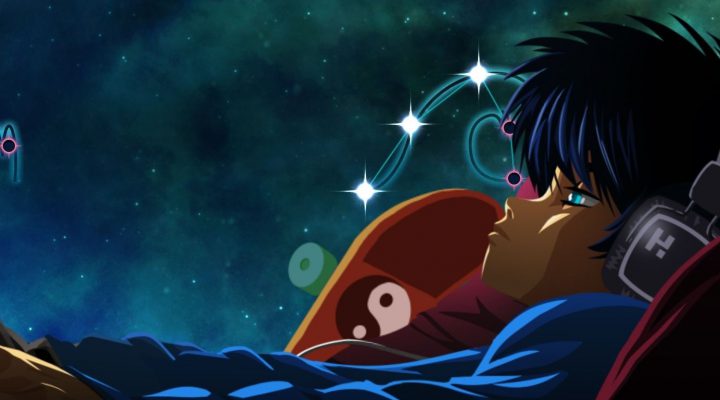 The artwork is compelling and well-designed.

The music is wonderful.

The Playtrack Creator is a great way to increase replay value.

The base package of the game is short.

Plot and characters are a bit cliched.

Sometimes a game comes around that has all the pedigree to be a winning title, but somehow still falls flat. Lost in Harmony is unfortunately on of these. It’s not that it’s a bad game — it’s far from it. It has an amazing soundtrack, a touching plot, and colorful and vibrant sprite graphics, but it just all comes together in an awkward way.

Lost in Harmony is the story of Kaito, the skating and headphone-wearing protagonist and Aya, his female friend. The game alternates between gameplay sequences, which feature Kaito’s dreams in which he’s skating away from danger while Aya rides on his back, and scenes during which Kaito and Aya are text messages each other while he lies in bed. 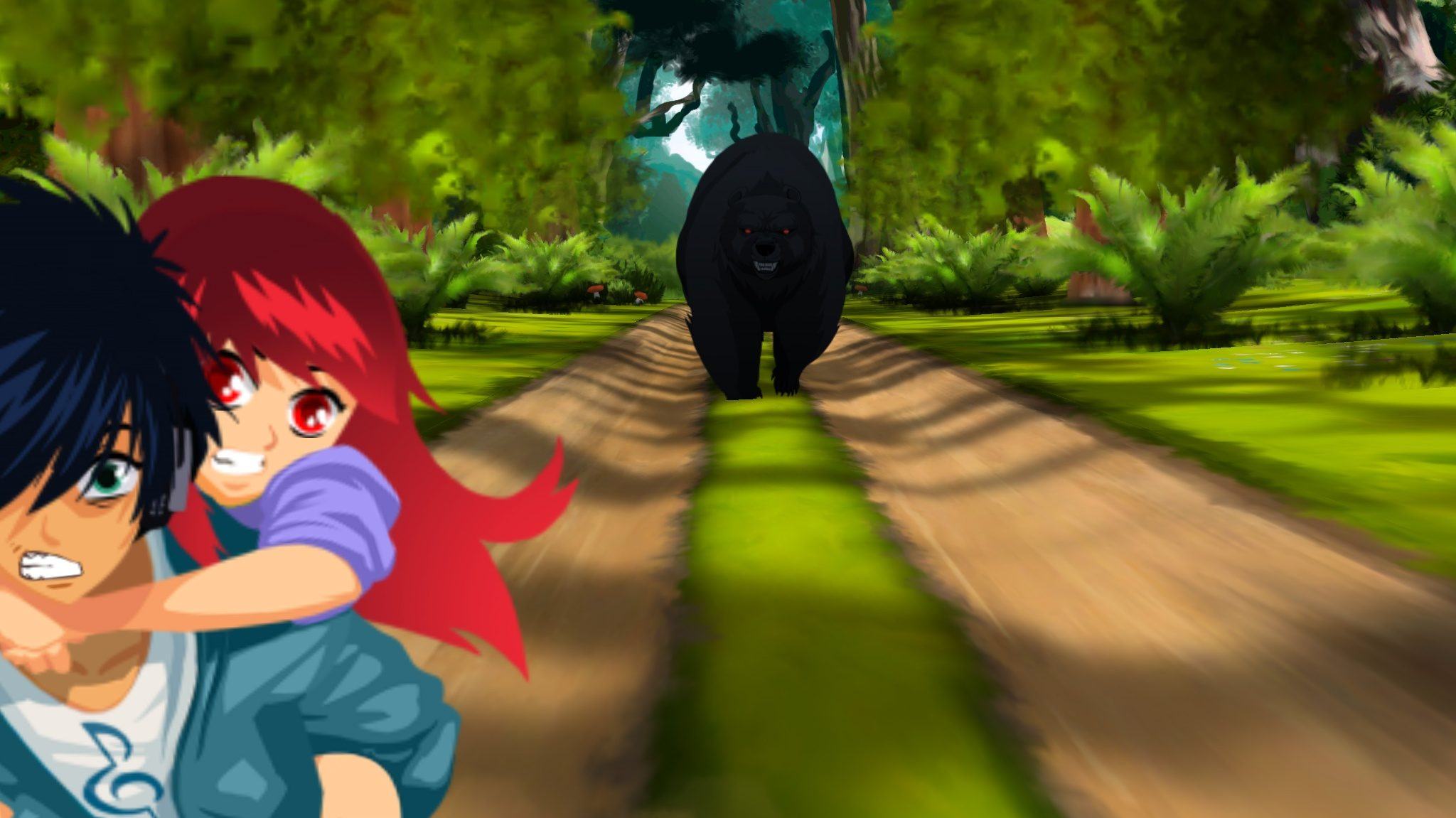 The plot points concentrate around the text messaging sequences, and though the plot is bittersweet and poignant; it is predictable in the extreme. Predictability doesn’t necessarily prevent enjoyment of Kaito and Aya’s story. However, there are only 13 levels, so don’t expect a long story or much replayability from the base content.

Each level (called “Dreams” in-game) has its own theme and song. There are some interesting environments such as a forest which has you running from a bear for part of the stage, or from a tidal wave on a beach boardwalk. The dreams are all beautifully illustrated; however there is an odd discrepancy in style between some of the moving objects and the backgrounds. Sometimes the textures of the objects you need to dodge are a bit muddled, and they can be very stiffly animated. 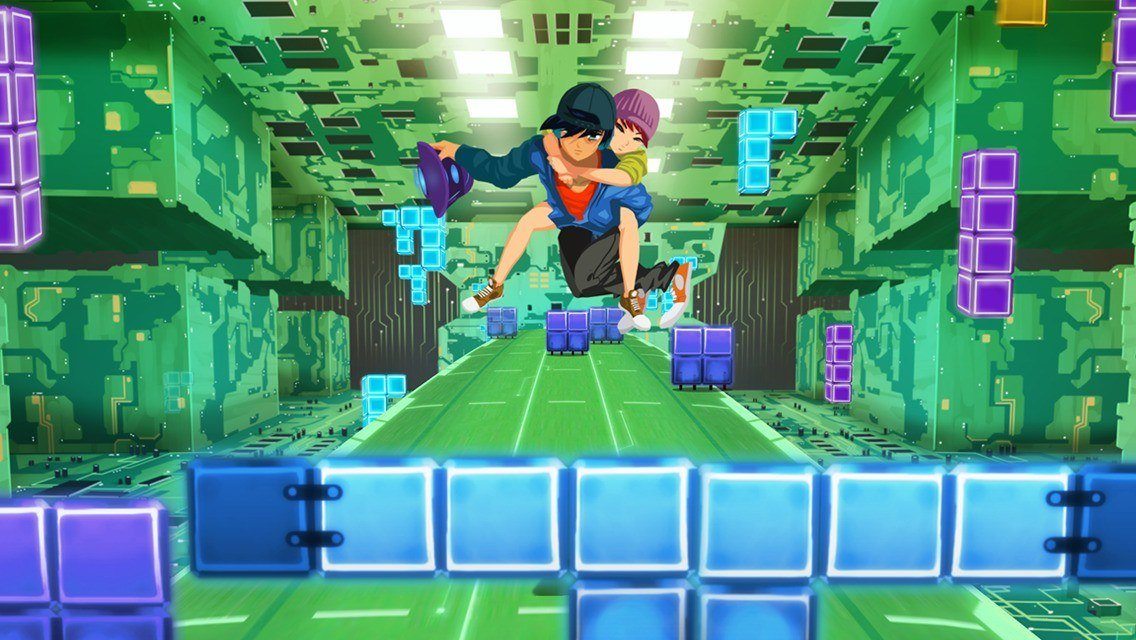 The biggest draw to Lost in Harmony is the score. There are some amazing remixes of classical compositions and a brand new track written by Wyclef Jean especially for the game. The only real gripe I have with the soundtrack is that it overuses public domain music. Even though the remixes are well done, that they’re so recognizable detracts from the originality of the game’s concept.

I understand that it’s much cheaper to buy remixes of public domain songs to use, but it seems like unless Wyclef Jean did his track for free, they’d have been better off paying for a variety of original pieces than just his one track. However, the music issues can be somewhat allayed by the fact there is a Playtrack Creator that you can use your library with to make your own courses. I also appreciated the addition of the option to share and download community courses, which adds a lot to the replay value. 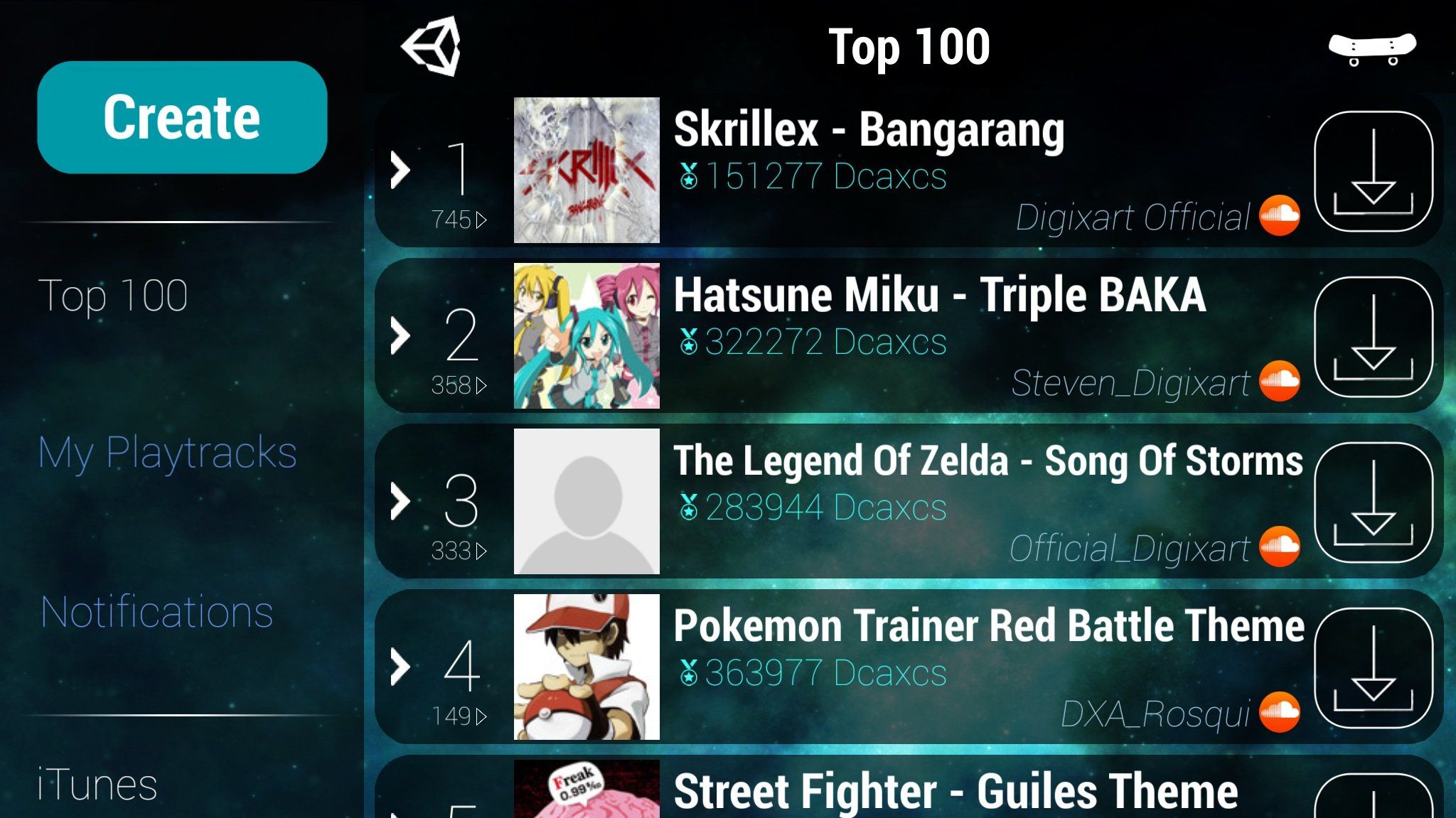 The gameplay itself is where Lost in Harmony takes the biggest dive. It tries to be a combination of runner and rhythm games, but doesn’t accomplish either goal particularly well. The earlier levels cleanly separate the steering between lanes, jumping over obstacles, and tapping out the rhythm of songs. But as the game goes on, these activities start combining into a frustrating mess.

The issue is that the controls are too unresponsive to do these three things together. Switching a lane isn’t activated with a one-button press like most endless runners, but by holding on the right or left side of the screen. This leads to having to try and hold the screen on one side, while swiping up to jump and tapping out the rhythm across the screen, all in the span of a few seconds. It gets exhausting quickly.

Lost in Harmony is by no means a bad game. It just seems like the developers tried to make each piece individually, and had no idea how to fit them together cohesively when it came time. The game is short, but what’s there is good. Not great or fantastic, but definitely enjoyable. The main issue with this game is that for fans of the genres it represents, endless runners and rhythm games, the App Store has much better titles available.

Still, for those who can enjoy the aesthetic of a game more than the gameplay, Lost in Harmony is a great purchase and a fun way to spend a few hours.